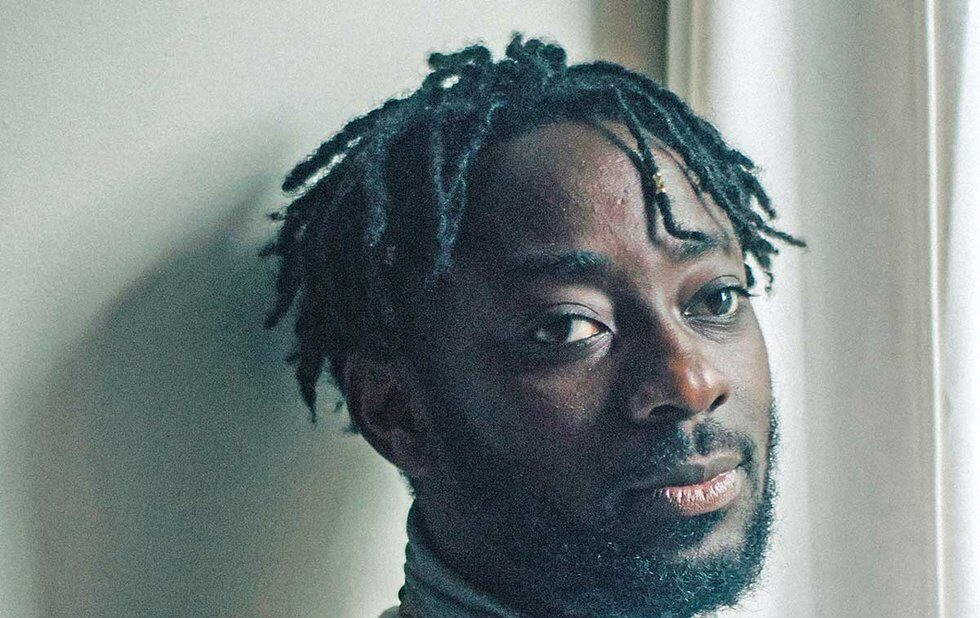 In his first solo show When Black Boys Cry, emerging Toronto-based painter James Michael Yeboah dismantles Black masculinity as a way to create space for Black men to be vulnerable.

A 2017 CUE Arts Grant recipient, Yeboah has been working as an artist since 2014 when he submitted paintings to an open call request at 416 Gallery. Encouraged by a $40 sale, he has continued to show at Blank Canvas Gallery and co-curated two shows, including one dedicated to late musician J Dilla called Thanks 4 The Donuts.

When Black Boys Cry, which takes place over two days at Junction art shop and gallery Magic Pony, is more important than ever.

The paintings’ fragmented faces evoke sorrow, fear and vulnerability, and are designed to spark dialogue around police violence and racial profiling while subverting societal stereotypes that depict Black men as detached and emotionless. 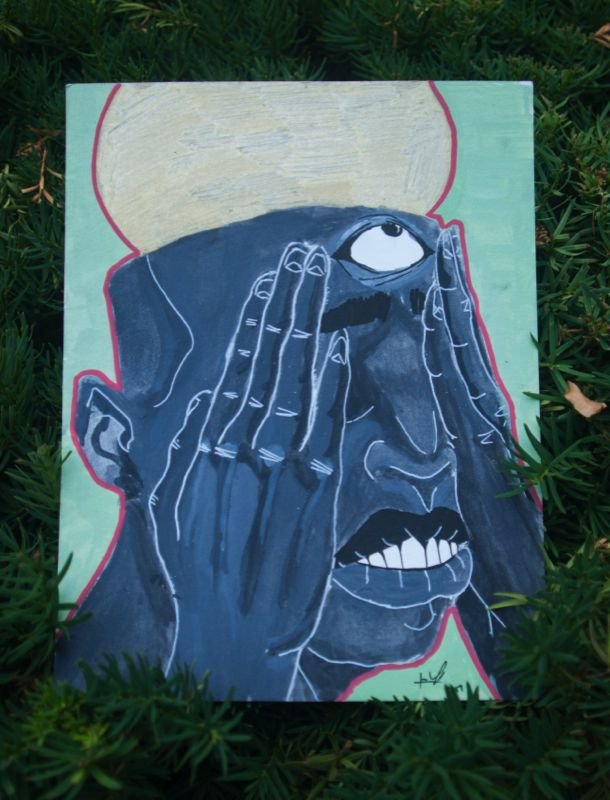 What does the title of your show mean to you?

I find that the idea of “Black masculinity” is very much rooted in a colonial lens in which Black boys and Black men are unable to express their emotions or vulnerabilities openly without having either their Blackness or their masculinity put into question. My show aims to not only decolonize the notion of Black masculinity, but also create a space that normalizes mutual vulnerability amongst Black men. When Black Boys Cry ultimately will dispel notions of vulnerability as a form of weakness and display it as a point of strength and resistance.

I see common themes of fragmentation and Afrofuturism in your work. How would you describe these themes?

The fragmentation is used to illustrate both a literal dismantling of the Black boy narrative. This is also rooted in the ability to be open and exposed in a sense. To me, vulnerability is Afrofuturistic: It recreates Blackness in a way that promotes radical changes in the Black narrative. This bears importance in light of what’s been happening with the institutionalized state violence against Black people. In coming together to express our vulnerabilities, we create a space for resistance and safety. 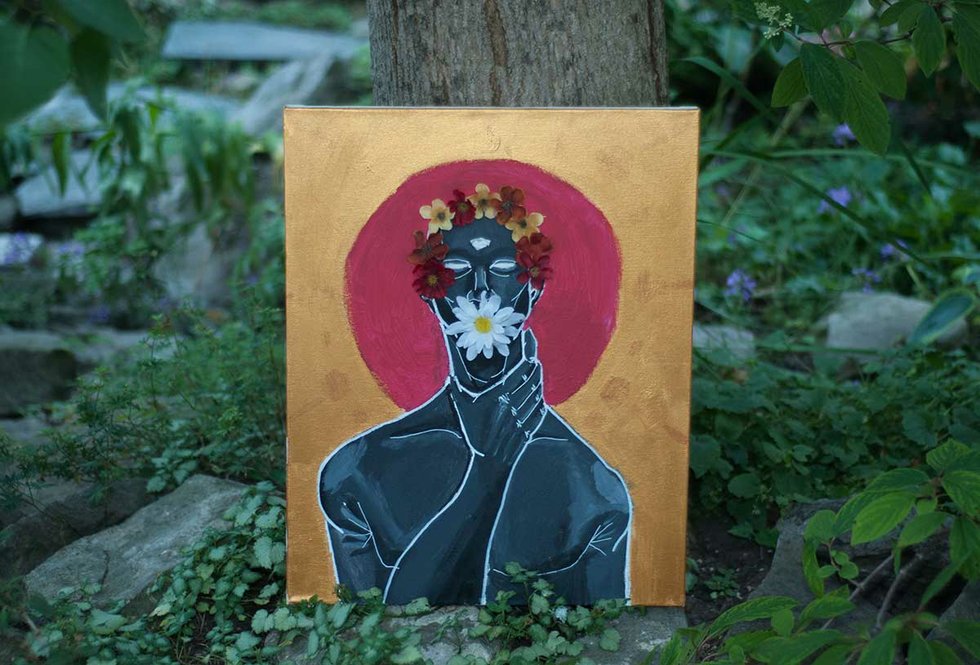 What are your greatest inspirations?

Seeing other Black folks, to be honest. Seeing us achieve success despite the obstacles and seeing so much more within ourselves. The amount of loss that we suffer and the sorrow that we go through makes us stronger and the fact that we are creating spaces for ourselves to become better is such a massive inspiration to me. It makes me want to take my art as far as I possibly can.

Do you have a favourite piece?

A while back my friend and fellow artist Victoria Charko collaborated on this piece that was an ode to the late J Dilla, our favourite musician.I drew the concept out, and Vic painted the colours and it came out so beautiful. It’s hanging on my wall in my room. 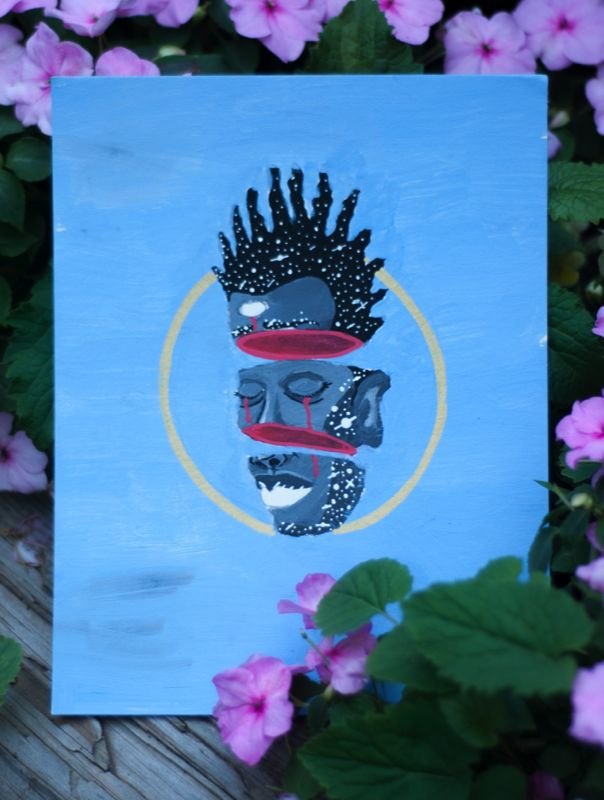 How does it feel to embark on your first solo show?

It’s nerve-wracking, but it’s also a dream. To me this isn’t just an art show. It’s a space that I’m providing for Black people to feel safe and comfortable in their own skin.I’m energized at the opportunity to do it.

You’ve exhibited at Blank Canvas Gallery, a “Done By Community” space for emerging artists. How did it feel to showcase art there?

Blank Canvas has been pretty integral to making me the artist I am today. [Curator] John Samuels has been amazingly friendly and approachable and saw in me things that I personally didn’t really see in myself as an artist. His determination and work ethic is inspiring and that space, especially as a Black-owned, Black-run space, bears so much empowerment and is so beautiful to me.

Do you have any advice for emerging artists?

Invest in yourself. If you see an opportunity, pursue it even if you don’t think you’ll get it. Be consistent and work honestly with other artists.