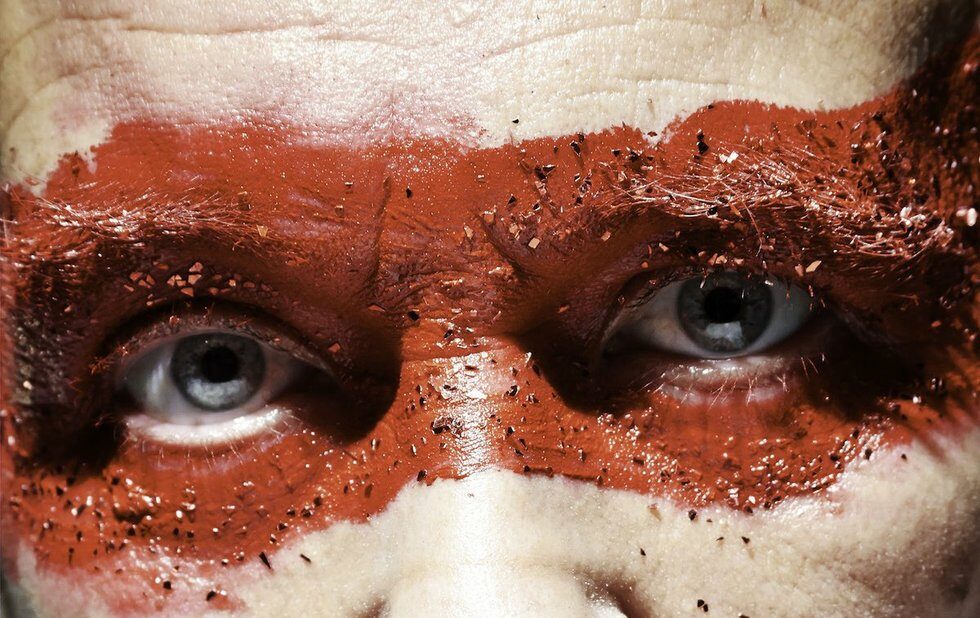 Untitled (Hades), a photograph by Catherine Jones from the series Demeter & Persephone

Bisexuality is often the forgotten letter in the LGBTQ+ spectrum. Known as bi-erasure, this dismissal minimizes the rich, intersectional experience of the bi+ community, tagging it as “not gay enough,” but Toronto’s bisexual, pansexual and fluid communities are about to become more visible.

Coinciding with Celebrate Bisexuality Day on September 23, the inaugural Bi Arts Festival is kicking off with exhibitions, screenings and markets featuring work by more than 70 artists, filmmakers, writers and craft vendors across five venues.

“As bisexuals, we don’t get a community space the way the gay and lesbian community has built for themselves in terms of the bars, community centres and bookstores,” says festival founder Catherine Jones. “Part of our mandate is to make space for the bi community and to socialize, learn, flirt and have fun.”

The weekend events range from a pop-up market at D-Beatstro (1292 Bloor West) to a Wikipedia Edit-A-Thon at the Canadian Lesbian and Gay Archives (34 Isabella).

Reflecting on their personal histories, Jones, co-organizer Stephen Harvey and participating artists Yahn Nemirovsky and Lynx Sainte-Marie spoke with NOW about the costs of bi-erasure and the ongoing fight for recognition.

Bi-erasure is all around. I feel it in my body like a low-grade fever I can’t shake. I’ve experienced it from my doctor, who this past spring told me that bisexuality isn’t a real identity for men and that I was in denial that my bisexual-identified partner of four years is actually a gay man. It’s in the ongoing struggle to get the bisexual pride flag hung at The 519 during Pride Week. It’s in the absence of funding for bisexual events in the LGBTQ community although we make up almost 50 per cent of that community. It’s being welcomed into queer spaces only when we leave our “straight” selves at home.

Bisexual representation in popular culture is one-dimensional. We are portrayed as unable to pick a side, afraid to be out as actually gay and more. One of the core ideas behind the Bi Arts Festival is promoting bi visibility in order to counter these stereotypes. It’s about creating a space for bi+ spectrum-identified artists to showcase all the ways we are a beautiful, complex, dynamic and diverse community.

For most of my 26 years of involvement with Toronto’s bi community, I have encountered bi-erasure and biphobia at Pride, sometimes subtly, more often blatantly. I’ve heard them all: “You don’t belong here.” “Explain to me what a bisexual does.” “If I loved a bisexual man, he would leave me for a woman.” In the last couple of years, I have also experienced love from people. When I first started working on the festival, I thought it might actually be a fun, one-night party. I could never have imagined that in its first edition, it would be the largest celebration of bisexual arts and culture in the world. There are many great single-day events elsewhere, but five events in three days is truly adventurous.

The festival will showcase the significant diversity amongst us. The bi community is more than the overwhelmingly white public face of it. All of us self-identifies in our own way, and the art we are sharing reflects how broad our community really is. 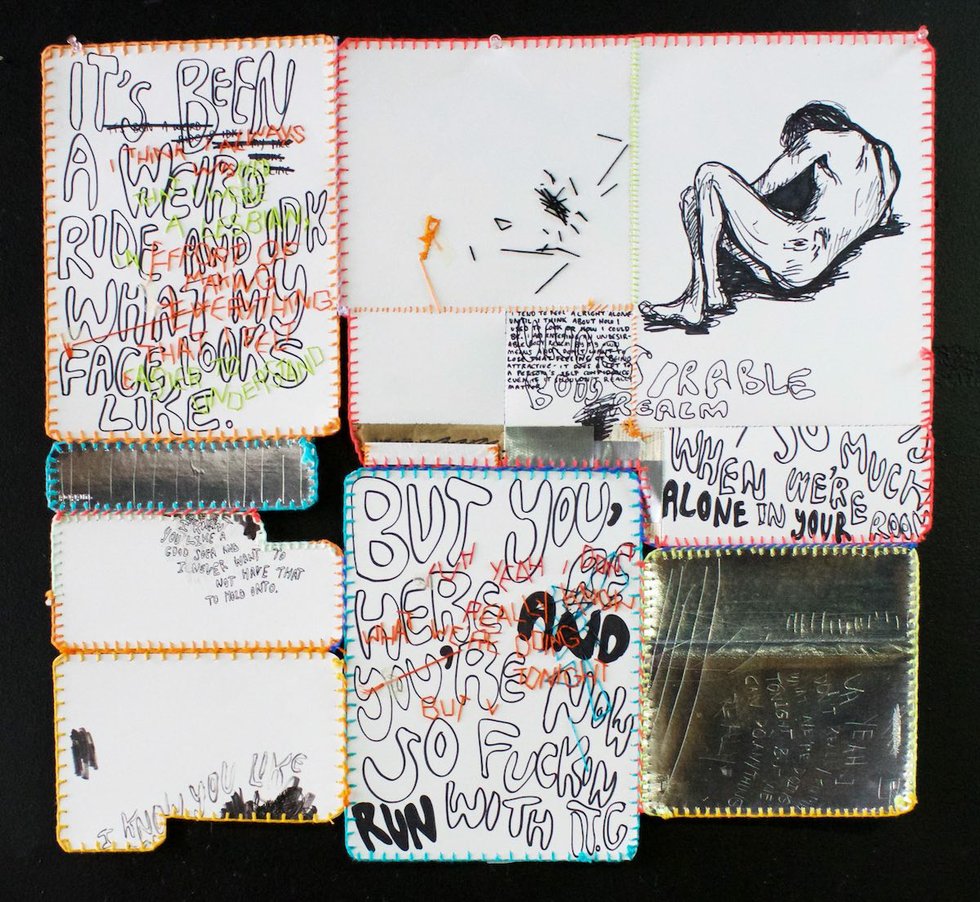 The binary system of thought that informs the idea that a person must be either gay or straight erases the existence, experience and love of bi+ people and is harmful to everyone.

It’s one thing to offer space for bi experience and a whole other for cis gender, heterosexual populations and LGBTQ+ communities to recognize that bi+ experience may include many intersections of identity, as well as fluidity and asexuality. Bi+ people need to be respected upfront, not treated as any lesser than monosexuals and not asked any invasive questions. We do not owe you an explanation.

As a bisexual and pansexual person, my existence and creativity are acts of resistance and promote bi+ visibility. My work takes on the labour involved in “making up a body” and how the body interacts with itself and others in relationships of intimacy and love. I seek to create experimental objects through a process of queering the craft maker’s practice. I compare the process of making and embellishing textiles to the making and expression of a body and queer identity.

Yahn Nemirovsky’s It’s Been A Weird Ride And I Don’t Know What My Face Looks Like is on display at D-Beatstro as part of A Showcase Of Photography & Art By Bi+ Artists, September 2-30. 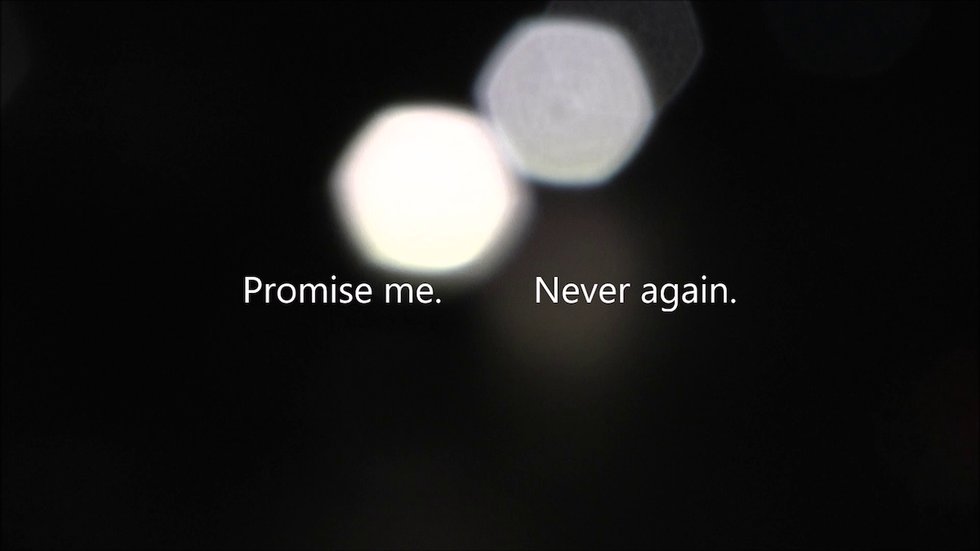 A still from way home, a video by Lynx Sainte-Marie

It’s impossible for me to name one single, impactful experience of erasure since I am a panromantic, sexually fluid, queer person who often deals with the erasure of my identities, even within LGBTQ+ communities.

Colonization, white supremacy and our continent’s history of systemic violence have conditioned us to see sex, love, gender and attraction as binaries that tell us we can only successfully be one thing or another and love one kind of person or another. It’s a shame because multi-sexual/romantic people, particularly Black, Indigenous and people of colour, have so much complexity to offer the world of art and culture.

It’s not often that Black narratives in the mainstream are told with nuance, especially since white supremacy calls for an acceptable Blackness that comes with hints of compulsory heteronormativity and monogamy. So I am always striving for texture and depth in the art I create. As someone who embodies intersectionality, my art often tells my story as a racialized person whose histories and experiences are intricate, much like the multiple genders of people they love and are attracted to.

Lynx Sainte-Marie’s way home screens at the Tranzac (292 Brunswick) as part of I Am: Film & Video Screening on September 24.