In Toronto’s costuming scene, a coterie of fans are rejecting sexy stereotypes while pushing the subculture towards gender fluidity and a place in the art world 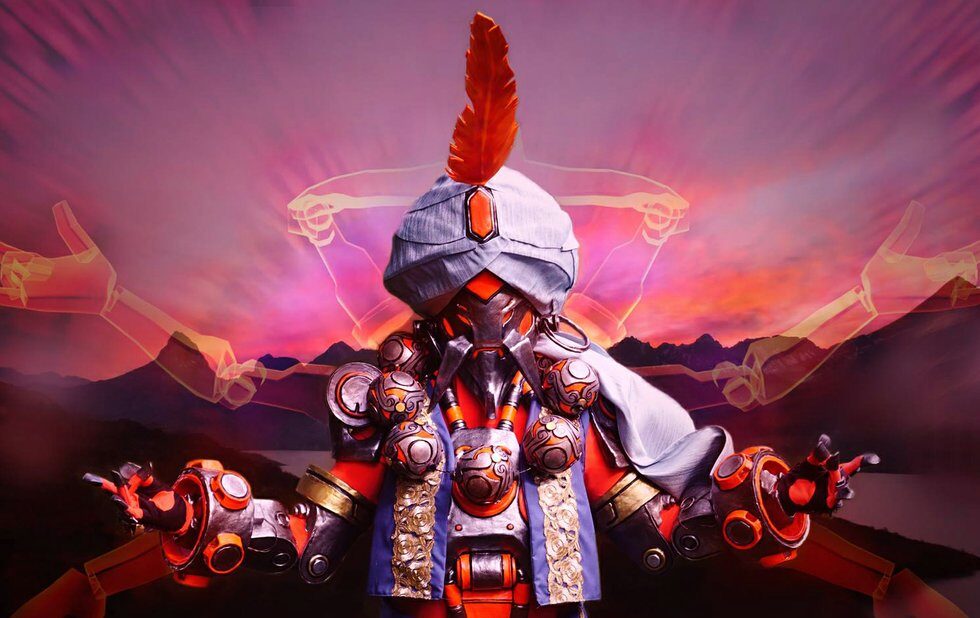 On a Saturday afternoon in August at the Ontario Science Centre, a sorcerer, a bounty hunter, an android and a hobbit sit at a table.

Underneath the museum’s tented patio, these professional incarnations of video, anime and movie characters have convened to pre-judge the masquerade of the inaugural Cosplay Matsuri, a local­ cosplay festival that has attracted over 500 attendees.

Five contestants have signed up, so the judges have ample time to get a better sense of the creativity and craftsmanship involved in the frilly pink Little Bo Peep-style dress of the first contestant, Erica Foster. But as the reference image on her phone makes clear, Foster is appearing to us – in long white wig, bunny ears, wings and wand – as Magical Girl Miracle ☆ Usami, an otherworldly stuffed toy rabbit from the PS4 game Danganronpa 2: Goodbye Despair.

“Did you use a pattern?” quizzed hobbit Lobelia Sackville-Baggins, aka Toronto-based cosplayer Mel Colley.

“Yes, for the dress,” explained Foster. “But I did alterations from other different patterns.”

After she details how she made her wings (bamboo, feathers) and wand (foam, wooden dowel), the judges ask to look at Foster’s tiered underskirts. This contest, it turns out, will hinge on seemingly small details, like the hemming of a fabric or foam sealant on a prop, that might be easily missed on the masquerade stage. In this case, it was good enough to land Foster in second place for Best in Show.

In cosplay, god is in the detail and DIY ingenuity reigns supreme.

However, more and more women are staking out their own spaces while pushing cosplay into gender-fluid directions and even the art world.

Dating back to 1939, cosplay is a subculture in which fans physically recreate their favourite television, comic, movie or book characters.

They might spend up to a year making (or saving up to buy) their costume and when they parade at conventions like Fan Expo, which takes over the Metro Toronto Convention Centre for four days this weekend, they not only honour their chosen character, but partake in a social ritual.

The local scene is thriving and especially popular among the 14-28 year olds that attend Cosplay Hangout Group events in the city and surrounding suburbs. Whether you’re Sailor Moon or Wonder Woman, you will always find a Tuxedo Mask or even a steampunk Harley Quinn to hang out with.

“The talent in Toronto is incredibly diverse. You can find all sorts of cosplay events here from armour makers to spandex, full-on Lolita dress makers and even giant robotic and electronic installation costumes,” writes Cosplay Matsuri organizer James Bade in an email. “San Diego may be the mecca of all geekdom these days, but I’d put Toronto Cosplayers against the San Diego Comic-Con Cosplayers any day.”

Mel Colley, one of Cosplay Matsuri’s masquerade judges, is among this talented local coterie pushing boundaries for women.

A trained illustrator, she has competed in masquerades for more than 12 years and earned several awards, including Best in Show at this year’s Anime North and last year’s Masters of Cosplay title at Unplugged Expo.

In playing Pharah or Zenyatta from multiplayer shooter game Overwatch, Colley is unique among female cosplayers for bucking the Playboy look in favour of dressing as a heavily armoured video game character.

In a highly sexualized media fandom, the dominance of sexy cosplay simply reflects the overarching representation of female characters in video games. Kamui Cosplay, another popular armoured World of Warcraft cosplayer, is another example of the steadily increasing popularity of female cosplayers wearing full coverage outfits. (And yes, the puffy-sleeved ball gown Jennifer Connelly wore as Sarah in Labyrinth would fit the bill.)

“A big part of cosplay is becoming someone I am not,” says Colley, adding that her costumes are made from Coca-Cola packaging and take between two to three months to create. “I have a lot of trouble socializing, and the coverage gives me confidence.”

Colley is candid about the economics involved in being a master cosplayer: largely self-funded, she’s only been paid if she’s won a competition or as an invited special guest.

And the guests at big commercial cosplay events, such as Jessica Nigri who is attending Fan Expo, are known for sexy cosplay.

There are aspects of cosplay – ranging from Maid Cafés, where servers dress up as French maids and sometimes dance, to the “Cosplay Is Not Consent” fan convention movement — that demonstrate sexiness is still tangentially reflective of the mainstream’s dominant norms. 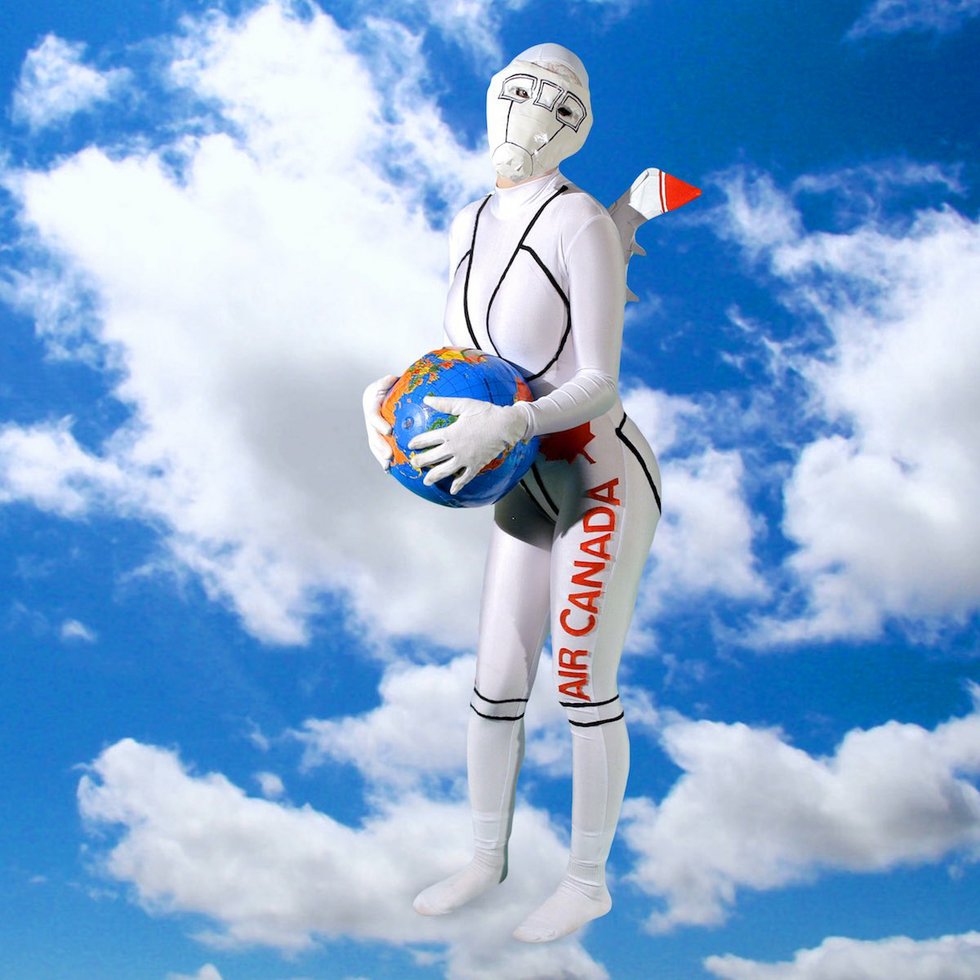 Cosplay is also becoming more of a serious performance art form thanks to artists like Toronto-based Maya Ben David, who challenges its context and pokes at its heteronormative notion of sexiness.

The self-described Jewish-Iranian Anthropomorphic Airplane is in the current Oakville Galleries group show Propped, and was included for her general practice of looking at costumes, objects and props in a personal and tender way. Inspired by a particular furry subculture that is about making airplanes, cars and other vehicles more animal-like, one of her most popular characters is Air Canada Gal, a spandex morphsuit version of the airline’s 1990s Boeing 767 fleet.

Ben David owes a lot to her long-time engagement with the 9GAG user-generated platform (a nerd culture cross between Reddit and 4Chan). Formative experiences at comic and anime cons led to her inclination to contextualize cosplay within the immersive, open-source process of fan culture.

“I describe my practice right now as world-building and universe crafting,” she says. “I create these characters and personas that are part me and part these characters I’ve always loved and made fan versions of and adapted.”

She executes the work in the same format as fanart: creating drawings, sculptures, video performance and even fanfiction that unspools through frequent public Facebook profile updates as her cosplay persona, MBD.

This persona is currently embroiled in online feuds with herself, furry-focused artists Jon Rafman (she’s lambasted his Alan Lomaxesque appropriation of furry culture) and Ajay Kurian.

David is not necessarily fully accepted by mainstream cosplay or the art world.

Within fandom, she’s encountered online harassment for expressing a fluid­ form of sexuality largely seen as “grotesque.” While Ben David acknowledges there’s more space for “grotesque explorations of performing the ‘femme’ form” in the art world, that audience doesn’t necessarily understand her deep engagement with fan culture since people often fixate on her “sexy weird anthros.”

But she sees her world-building – like her current work involving the creation of a “monster girl universe” filled with femme-shaped monster anthro girls and their inner politics – as resolving that.

“I suppose there isn’t much of a world within the art context where my characters can be situated,” she says. “To craft a whole world legitimizes it and immerses everyone into that culture. In a way, that rounds out my characters a lot better.”