Women are napping in public to protest street harassment 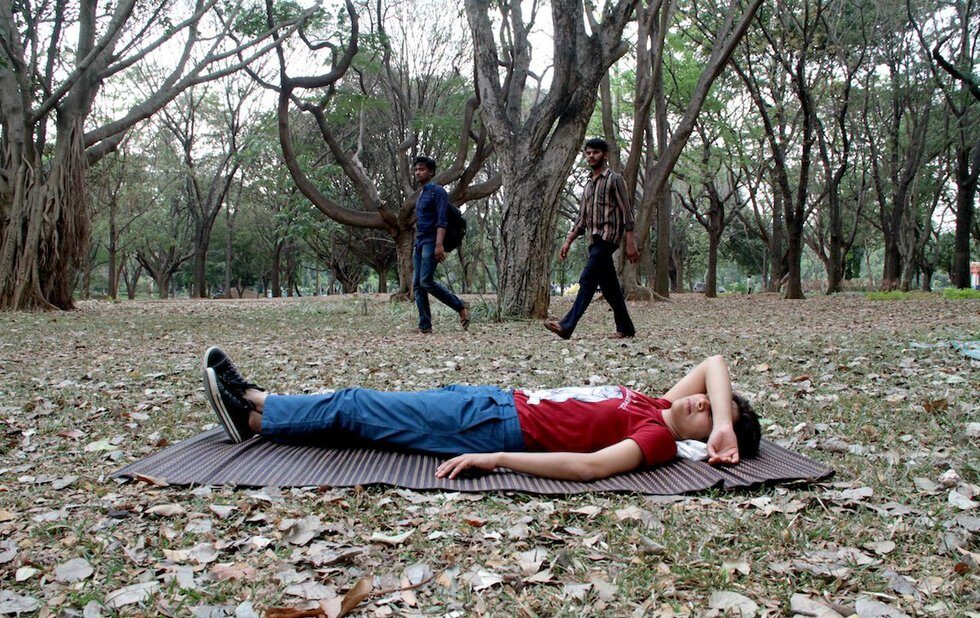 If you’re Jasmeen Patheja, you take a nap in a public park.

In 2003, as a response to sexual harassment she experienced on the street, the artist and activist founded Blank Noise as her final graduation project while studying at Srishti School of Art, Design and Technology in Bangalore, India.

It has since developed into a collective of volunteers, known as action heroes, throughout India who assert the right of women to live defenselessly.

During Blank Noise’s I Wish project in 2007, the group asked people to identify something they wished they could do in their city. Patheja wished she could sleep in a park. In 2008, she and one other action hero packed a blanket and went to sleep in Bangalore’s Cubbon Park.

That evolved into Meet To Sleep, an action that asks women to gather in public parks, lie down on mats and sleep (or try to sleep). By taking up space, they called attention to street harassment and the need to redefine safety for women’s bodies.

“I remember being excited and fearful at my first solo Meet To Sleep,” she tells NOW. “I  remember being acutely aware of the fears I had been carrying and negotiating within myself. Sounds like a leaf dropping or a dog passing caused alert, which caused me to question my perceptions of fear.”

It was a simple act: sleep is a private and intimate action that requires vulnerability. For a woman to lie down and close her eyes in public, she must let her down her guard.

To date, more than 500 action heroes have participated in Meet To Sleeps in over 25 cities across India and Pakistan. The most recent took place on December 16 and involved 18 organizations.

“I am interested in the journey of sleep, in the conversation with our own fear to be able to reach sleep,” says Patheja.

An active visual artist, she has photographed several Meet To Sleeps and, for the first time, one of her images is being displayed in a gallery.

Styled as a billboard, Action Hero Satya is among the works included in the Art Museum at the University of Toronto’s Figures Of Sleep, a group show exploring the social, political and economic dimensions of sleep. The exhibition asks the question, Is sleep in crisis?

In Patheja’s photo, a woman named Satya sleeps on her back, arm covering her eyes. In the background, two men walk by, staring – a woman slumbering in public is a sight to be seen.

Looking at the image, you are drawn to her position. Do you normally sleep on your side in a fetal position or on your back with arms and legs outstretched? How would that change if you slept in public?

Blank Noise’s work forces viewers to confront their own fears while exposing how that fear continues to govern the way we behave in public. Women’s bodies hold memories of fear as well as inherited, intergenerational trauma.

“We need new narratives located in pride and belonging,” Patheja says. “The hope is that with repeated actions, our bodies will create new memories through collective and performative action, with new stories to tell and share.”

Having spent significant time as an adult in several cities in India, including Bangalore, I can confidently say that sexual harassment there is no different than sexual harassment in Canada. Men lurk, holler and whistle everywhere.

Blank Noise’s other project is I Never Ask For It, which invites women, as part of a workshop series, to contribute items of clothing worn while being sexually harassed and the accompanying story. It’s an opportunity to be heard and believed. The goal is to collect 10,000 items and stories to create dialogue and a movement toward healing.

All of this naturally evokes the recent #MeToo and Time’s Up movements. While positive, they have limitations. Neither requires much effort of me as a woman and survivor of sexual assault. I posted #MeToo online and rolled my eyes as my feed flooded with the same. And then I moved on.

Perhaps women in Toronto should gather from midnight to 4 am on June 16 as part of Meet To Sleep’s global day of action?

On summer days, Trinity Bellwoods Park is full of bathers lying down, their safety unquestioned. It’s neither performative nor protest. But how often do we publicly bask in the beauty and blanket of humidity that is a Toronto summer night? I don’t because I do not feel safe, though I would like to.

A woman sleeping in a public space should not be an act of defiance. Yet by doing so, she is shifting the dialogue.

Figures Of Sleep runs through March 3 at the Art Museum at the University of Toronto. See listing.