NOW MagazineArt & BooksBook off some time

Book off some time

Snow? Sleet? Just say no and tuck into. 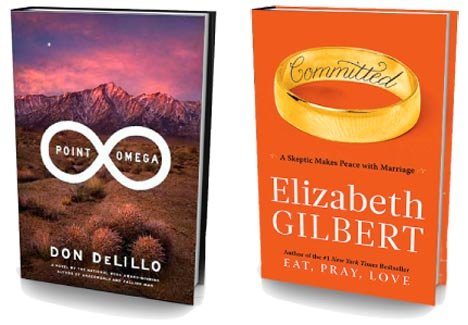 Snow? Sleet? Just say no and tuck into a good book. Don DeLillo releases Point Omega ($29.99, Simon & Schuster), about a U.S. secret war adviser trying to avoid a documentary filmmaker, on February 2. Ian McEwan delivers another story about a disaffected middle-aged man. In Solar ($32, Knopf, out March 9) a philandering Nobelist past his prime copes with a spouse who’s cheating on him.

Or find out how Elizabeth Gilbert follows up her mega-hit, Eat Pray Love, when she launches Committed ($33.50, Viking) with an appearance at the John Bassett Theatre February 24 (ticketmaster.ca). And Edmonton-based Todd Babiak hits town February 23 with his new novel, Toby: A Man ($22.99, HarperCollins), at the Dora Keogh.

For a story set closer to home, Rabindranath Maharaj reads from The Amazing Absorbing Boy ($29.95, Knopf), his fascinating tale of a Trinidadian teen adjusting to life in Regent Park, at Harbourfront, February 10 (readings.org).

And Diaspora Dialogues offers a cool two-day event February 11 and 12, with shows at 7 and 9 pm, in conjunction with WinterCity. It’s being called a carnival, and given the lineup, we’re buying that characterization. Look for Sheila Heti, Nalo Hopkinson, Anar Ali, Stuart Ross, Olive Senior, NOW online sex columnist and Scandelles co-artistic director Sasha Van Bon Bon and more. And check the venue – the Roof Salon at the Park Hyatt.