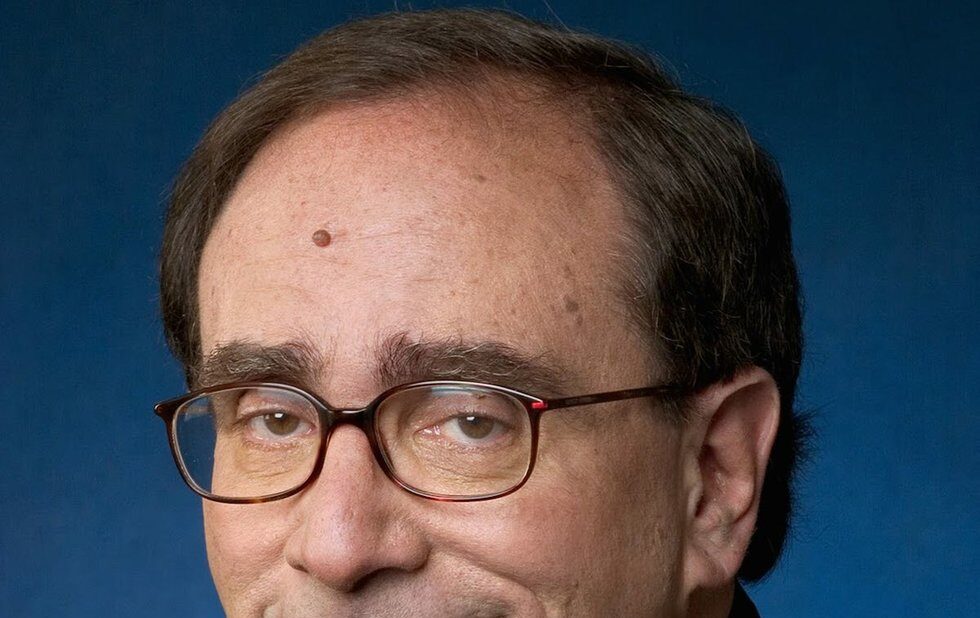 Child endangerment is having a moment in 2017.

Stephen King and Stranger Things are trending, and the Art Gallery of Ontario is hosting a major exhibit devoted to the art, cinema and literature that has informed the work of filmmaker Guillermo del Toro, whose horror/fantasy movies often feature child protagonists.

“In fairy tales, ogres and wolves eat children,” he writes in text featured in the exhibit. “I think that it goes to the roots of storytelling, to have children as vulnerable.”

So it makes sense that young adult and children’s author R.L. Stine is coming to town as part of the AGO’s Inspiration Is A Monster speakers series.

In the late 80s, Stine switched from comedy to horror, penning young adult thrillers such as Blind Date and The Babysitter before launching the bestselling series Fear Street.

Though he would find greater success scaring even younger readers with Goosebumps – a series that sold 350 million copies globally – his more gruesome material is undergoing a revival. He brought back Fear Street for a six-book run in 2014 and Hollywood is in the midst of developing a franchise.

NOW spoke with Stine on the phone from his home in New York City about scaring children and killing teenagers.

You’re coming to speak as part of the Guillermo del Toro exhibit. Are you a fan?

You’re best known for Goosebumps but your young adult series Fear Street is making a comeback.

Why do you think there is renewed interest now?

I didn’t do it for 20 years. We did maybe 100 Fear Street books and I thought, I’ve killed off enough teenagers for a while, and concentrated on Goosebumps and other series. Then we were thinking maybe it would be good to bring the books back. We sold 80 million of them back in the day. I thought it would be fun to get back into the YA groove.

Why do you think Fear Street connected the way it did in the 90s?

These were the first scary books I ever wrote. I was a comedy guy and these books were so much more popular than my joke books. I would go to schools and say, why do you like these books? Every single time the kids said, “we liked to be scared.” I just stumbled on to something.

There had been teen horror before – Lois Duncan and Christopher Pike and others – but Fear Street was the first series. This was the first one that had some kind of continuity. When we were trying to figure out how to do a series of horror books, we realized you can’t have the same four teenagers and have every horrible thing happen to them book after book. But you could have the same location. You could have this one street in a very normal town where all the horror resides. That’s how we thought up Fear Street.

When you revived the series in 2014, did you go back and read the old books?

I looked through them, yeah. I had written some YA horror in the meantime. I did a book called A Midsummer Night’s Scream – nothing like stealing from Shakespeare, right? I wasn’t totally out of touch with YA. I looked back at some of the Cheerleaders books and refreshed my memory of the Fear Street Sagas, which were the best books of the series.

Those were historical novels. Why were they the best?

For one thing, they were the most gruesome. Somehow I felt if we set it in the past you could get away with more, so we did a lot of horrible things.

Anything you consider taboo for Fear Street?

Fox is developing three Fear Street movies. What are your hopes for the franchise?

I hope they manage to reflect the whole history that we built up. All the lore that we put into it. We have more input into the Fear Street films than we did for Goosebumps but we haven’t seen scripts yet. They’re doing three at once and they’re going to come out one after the other. I think they’re different stories somehow connected, but I don’t know – I haven’t seen a script.

Why do kids make such great protagonists in horror?

They’re so vulnerable. That’s what you want. That’s why there were so many Babysitter books. What’s more vulnerable than a babysitter who is alone taking care of little kids in a house she doesn’t know? It’s perfect for horror.

Do you think trends in horror reflect the political climate?

That’s pretty deep for me. I just think of stories. People say the monsters of the 50s were because of everyone’s fear of the atomic bomb. I don’t know if there’s a connection.

It didn’t, but what played into all the horror that I write are movies my brother and I saw in the 50s and early 60s. We would go to the movies every Saturday afternoon to see horror films: Creature From The Black Lagoon, The Brain That Wouldn’t Die, Tarantula. I have the posters on my wall. All those 50s horror films were really influential.

That was a vampire book. My son is actually the star of that book. The character’s name is Matt. My son’s claim to fame is that he never read one of my books. So I wrote this one – he didn’t read it either – and at the very end he gets bit in the neck by a vampire. I paid him back. He was the right age, too, he just wanted to make me nuts so he wouldn’t read one.

Do you start with a title?

Always. I never think of ideas anymore. I’ve done every story a person can write. The title tells me the story.

I did six new Fear Street books for St. Martin’s Press and I brought back the Cheerleaders series and one was called Give Me A K-I-L-L.

That was my biggest tweet! Why?! [laughs] In five years of tweeting that was the biggest.

So you must be a fan of the song She Wolf?