David Chariandy celebrates the uncool kids of Scarborough in Brother 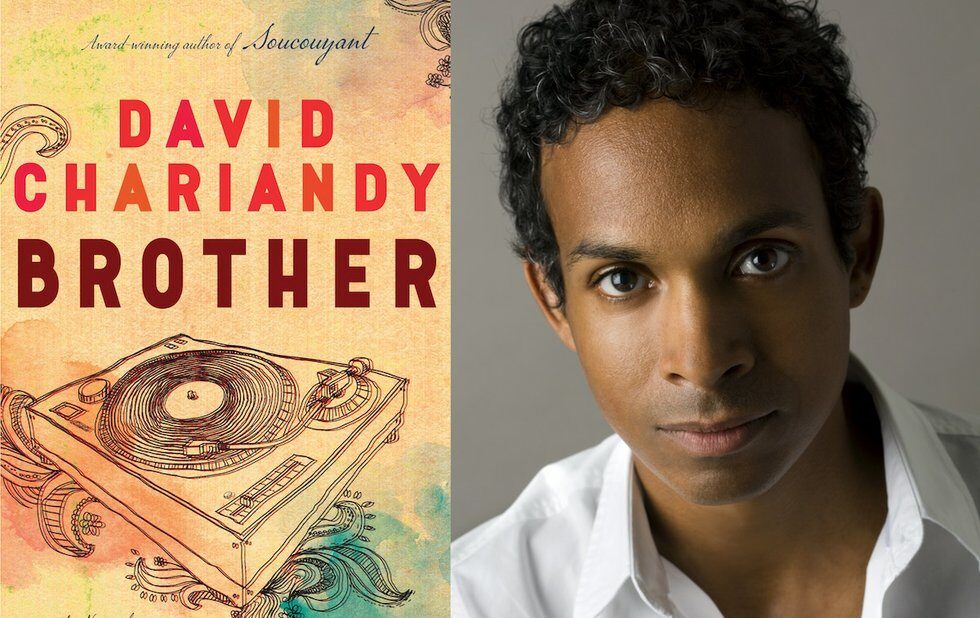 “I have to say right off the bat – I am uncool. It should be in print.”

Sitting in A Different Booklist, a bookstore that specializes in African and Canadian diaspora works, Vancouver-based author David Chariandy makes this statement with the most disarming smile.

He is talking about the cool kids that he grew up with in Scarborough. They were immersed in hip-hop, DJ culture and turntablism, and that scene became a foundational part of his sophomore (and Giller Prize long-listed) novel Brother (McClelland & Stewart).

Chariandy also has a goofy laugh that is both funny and charming, so any apprehensions of interviewing an author whose debut novel, Soucouyant, (also set in Scarborough) was nominated for the Governor General’s Literary Award in 2007, and who is an associate professor in Simon Fraser University’s English department, quickly disappear.

“It became deliberate that the character of Michael in the novel [Brother] is also uncool. He is on the edge of what is truly a cool group of kids,” Chariandy says. “Those were the people I hung out with, especially in my late teens and early 20s, which is precisely the same time period the novel is set in.”

Set in the 1990s in The Park in Scarborough, a cluster of townhouses and towers near Markham and Lawrence, the book tells the story of Michael and Francis, sons of Trinidadian immigrants – their mother is Black and their father is South Asian – grappling with stereotypes associated with “young men of Black and brown ancestry.”

Older brother Francis is interested in hip-hop and dreams of a future in music. Michael, meanwhile, dreams of Aisha, the smartest girl in school. However, a shooting and the ensuing police crackdown changes their lives.

On Tuesday (September 26), Chariandy will launch the book at the Cedarbrae library, where he will speak with journalist Del Cowie and author Catherine Hernandez, whose debut novel Scarborough was also set in that suburb.

Although a story about the ways in which Black men encounter police is especially timely, the seed for Brother was actually planted in Soucouyant. That novel centred on the relationship between an unnamed Black man and his mother, Adele, and included a thin story thread about an older brother who is imagined to be a poet.

“[Brother is] about the intimacy within the family, and about kinship,” says Chariandy. “So, if the world presents us with politics and political situations that are difficult – and sometimes outright brutal – how do we then understand a different space or a different way of relating to others?”

In Brother, that space is a barbershop called Desirea’s, where men (and some women) from Caribbean, Sri Lankan, Polish, Somali and Vietnamese backgrounds hang out.

Chariandy vividly describes it in the book as a place where “you walked into a solid fog of smell, a collision of body warmth, colognes and hair products, thick in the nose, waxy on the tongue. You were hit with a mashup of sounds and rhythms halted and restarted. A bass so deep and heavy you could feel it your jaw.”

For the scenes at Desirea’s, Chariandy drew upon his experiences hanging out with friends, including Andrew Kishino, aka early 90s Canadian rapper Kish. Back then, he and his friends all had nicknames. Chariandy was known as Sweno – after a minor character from Macbeth.

“My friend thought it was funny, and it stuck,” says Chariandy, laughing. “That’s how it works for the really smart youth I am attempting to represent. They bring this wealth of insight, and it’s not just what you stereotypically think of Black culture.”

During our interview, he frequently returns to the idea of creative ways of exploring stories of young Black men in places like Scarborough, which is typically associated with working class immigrant families and given unflattering nicknames such as Scarlem or Scarberia.

In Brother, Chariandy writes about how love manifests in the smell of cooking in the arrangement of photographs of children growing up in the neighbourhood alongside those of families living across the globe and in slang unique to Scarborough.

Moreover, the violence faced by the young people in Brother is not limited to shootings or confrontations with authority figures.

“Can we extend that word violence to the forms of back-breaking labour that mothers have to perform in order to keep the dream alive for their children? That unjust work is also a type of violence that youth see and absorb,” says Chariandy. “Then the point of the novel is really about finding life and creativity in the midst of that violence, and after that violence.”

At the same time, Brother offers a critical look at those ambitions.

“We can’t dream our way out of oppression,” he says. “We can’t just imagine that we can write a book or a poem or make music and that we’ll liberate ourselves.

“[Music and writing] are legitimate ways to begin developing awareness about particular conditions,” he adds. “But we can’t just stop there. A bigger conversation still needs to happen.”