NOW MagazineArt & BooksBooksGrowing Up Jung: Coming of Age as the Son of Two Shrinks

Growing Up Jung: Coming of Age as the Son of Two Shrinks 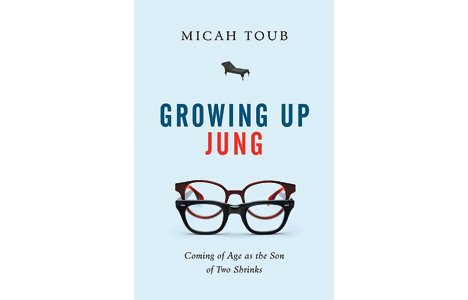 Although it sounds like a straight-up, laugh-out-loud memoir from a kid with a weird family, Growing Up Jung reads much deeper. Micah Toub is unflinchingly honest about his childhood, including the breakup of his parents.

He includes relevant details from Jung’s own life, from his collaboration and eventual rivalry with Freud, to his struggles with scientific credibility. Near the end, Toub weaves in a narrative that explores the reactions his parents had to the first manuscript of this tell-all tale. They were not happy. Who can blame them? Toub quotes his own mum as saying, for example, that she couldn’t grow old with a man who owns a tarot deck.

He can’t help but fall back on the toolkit handed to him in childhood: the old koan WWJD (What Would Jung Do?). It’s clear that his feelings about Jung are tied up with his complex feelings for his parents. Although he doesn’t take Jung’s work as gospel, he is touchingly offended when a friend suggests that Jungian psychoanalysis has long been discredited.

Instead of writing the book chronologically, Toub arranges chapters by Jungian themes (The Shadow, Anima, etc.). This makes it feel more kinetic than a regular memoir, as he juggles his childhood memories, linking events to Jungian theory.

Toub is still a young man so we never find out what effect such a hyper-analyzed childhood has on someone 60 or 70 years removed from the events. Can’t wait for the sequel.Joseph Wilson