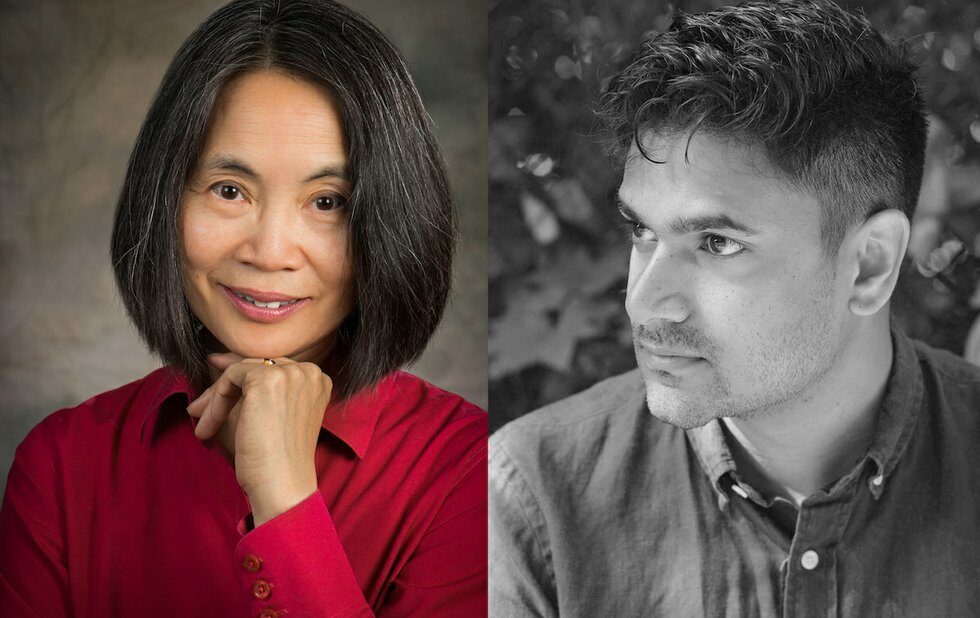 On their surface, Jan Wong’s Apron Strings: Navigating Food And Family In France, Italy And China ($24.95, Goose Lane) and Curry: Reading, Eating And Race ($14.95, Coach House) by Naben Ruthnum seem to be about the same thing: home, food and family.

But Ruthnum is almost a polemicist with a point to make, and Wong’s more interested in the food.

A writer with Mauritian roots, Ruthnum uses the idea of curry as a metaphor for the identity issues that preoccupy South Asians in the diaspora. Curry, he reminds us, has never really been one thing but rather a complex food phenomenon with a rich and varied history, depending on, among many other things, geography. Identity, he insists, is similar: you can almost not call yourself just one thing.

Always engaging and sometimes funny, he’s most fierce when talking about “curry books,” those written by diasporic South Asians way too nostalgic for the home country but also willing to fashion an array of dreary stereotypes (traditional parents versus westernized offspring, for example). He’s positively biting when he quotes authors whose favourite curry dishes are made by their mothers.

On the one hand, he suspects that all of this has to do with the fact that many writers – and purveyors of curry – are creating for a white audience comfortable with cliché. And he’s worried about how these approaches are allowing our imaginations, whether as readers or creators, to atrophy.

Wong’s mission is more straightforward in Apron Strings. She travels with her 22-year-old son Sam, an aspiring chef, to France, Italy and China to learn about how people cook at home. In all cases, she gives historical context to what she’s making and to the ways chefs make their choices.

In France, she lives with a generous family who shelter undocumented migrants, support two disabled children of their own and remain passionate about eating local – preferably the butter, cheese and meat made from the cattle raised on the farm next door.

On their Italian sojourn, the duo moves in with a family devoted to the slow food movement, where they learn the art of rustic cooking, called cucina povera – literally, “food of the poor” – which winds up being divine.

In Shanghai, nouveau riche Chinese women host the two – sort of, they really want Sam to teach them Western dishes and one compels him to cook breakfast for her ungrateful children – while behaving abominably to their hired help.

Wielding the journalistic chops that she became famous for, Wong simply describes what she sees in plain language, acting like she’s embedded in a war zone, and that gives the piece a powerful emotional charge. This is true even as Wong refers only occasionally to her own experience attending university in China during Mao’s cultural revolution.

The element tracking her changing relationship with Sam, on the other hand, feels bloodless. That’s strange, given that Wong hasn’t shied away from opening up about personal experiences: her account in Out Of The Blue of her crippling clinical depression and her Globe and Mail employers’ attempts to throw her away like a piece of used tissue showed her at her most vulnerable.

Here, she slips into clichéd commentary about how Sam is maturing and how sons are different than daughters and you just want her to go back to describing how the Italians have a couch in their kitchens but so little counter space that there’s no room for a cutting board.

Surprisingly, though Ruthnum’s essay is really an intellectual exercise – an argument, in fact – it has more emotional intensity. Navigating the issue of identity obviously matters deeply to him, and he’s able to convey that passion.

Foodies will be more drawn to Apron Strings thanks to Wong’s array of recipes – everything from flan to chicken scaloppine to simmered duck soup – all lifted from her hosts’ repertoire.

Her book makes you want to eat, and Ruthnum’s will make you think.