Despite some important journalism, the iconic music mag was hopelessly apolitical early on and never shed its obnoxious sexism 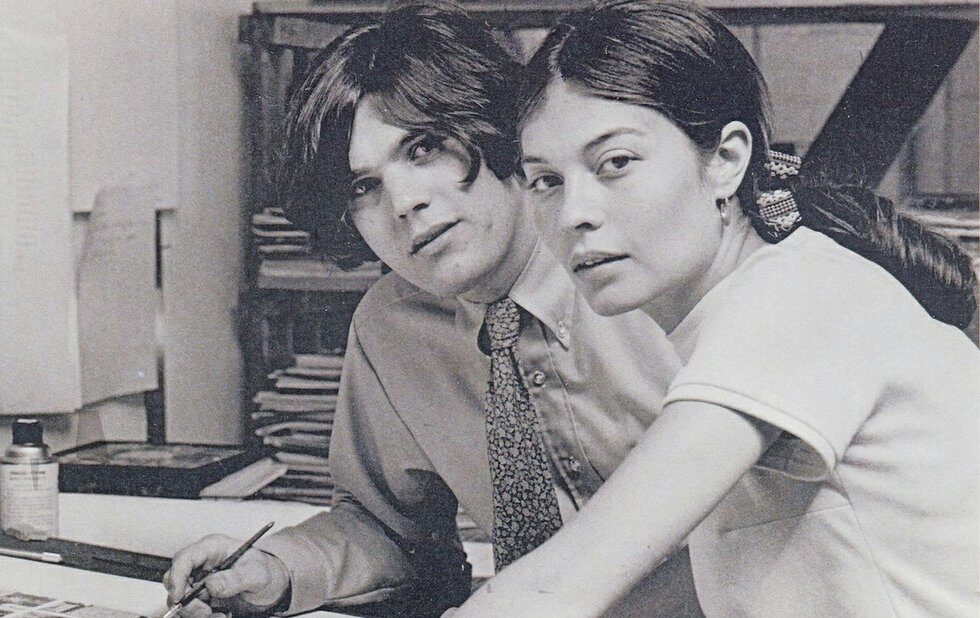 Of course Jann Wenner hates Joe Hagan’s biography. The Rolling Stone co-founder and publisher, who became one of America’s most powerful media magnates, gave the author unlimited access to his archives, his close personal connections and the stars he covered and fawned over.

But Hagan didn’t deliver the hagiography Wenner hoped for in Sticky Fingers: The Life And Times Of Jann Wenner And Rolling Stone Magazine.

His subject is particularly pissed that Hagan uncovers so much about his closeted queer sex life (Wenner called the book “tawdry” in a statement to the New York Times). True, Hagan goes into deep detail about who Wenner slept with – both men and women – or even flirted with while he was keeping his excesses secret from his now ex-wife and business partner, Jane Wenner. You could even call this bio salacious.

Wenner’s probably chuffed that Rolling Stone: Stories From The Edge, a two-part HBO doc by Alex Gibney and Blair Foster airing next week, is more flattering.

But after watching the doc and reading the book, you come away with a few overarching themes: despite promoting some important journalism, Rolling Stone has been primarily intent on making money and, along the way, has never shed its obnoxious sexism.

This is a biography, not a catalogue of Rolling Stone’s greatest hits, and so nothing can be “too personal,” to use Wenner’s words. Besides, Wenner prided himself on pushing boundaries between hard-nosed reporting and celebrity journalism. In 1986, he acquired US Weekly and rode the paparazzi wave, turning it into a near-tabloid gossip mag.

What’s most amusing about Wenner’s reaction to Hagan’s biography is that his biggest beef is about the way Hagan handles his love life. Hasn’t Wenner noticed that Hagan’s written the story of a profoundly corrupt and greedy man who regularly betrayed friends, family and business associates?

Wenner did so right from the beginning. His cover subject in the 1967 debut issue was John Lennon, whose candid thoughts Jenner eventually put into a book – against Lennon’s explicitly stated wishes. Wenner used that incident as a template for doing whatever he wanted, whenever he wanted, however he wanted.

In his early years he took music deadly seriously, hiring passionate writers unafraid to diss rising stars like Jimi Hendrix. But by the 80s, Wenner was choosing cover subjects via focus groups and letting those subjects vet – and even edit – stories.

By the 90s Wenner still maintained control (his wife, Jane, still owned half of the company), but he morphed Rolling Stone from a purely music publication into a broader culture mag. He gave major coverage to boy bands without blinking, but more often chased movie stars, laughing all the way to the bank.

He was greedy, plain and simple, nickel-and-diming writers while accumulating property, private jets and mountains of cocaine. His ego became so bloated that he seriously considered a run for the presidency.

Hagan does give Wenner credit for his original vision and decision to hire some of America’s best writers. But let’s be clear. Wenner struck gold on the basis of one good idea: that counterculture was something worth exploiting for financial gain. And in the 70s, great writers like William Greider and Hunter S. Thompson had nowhere else to go to reach the youth market.

For an example of what happens when Wenner controls his own narrative, look no further than the HBO documentary. Executive-produced by Wenner and co-produced by Rolling Stone Productions, it’s more of a celebration of the mag’s triumphs over 50 years and a suck-up to Wenner than a clear-eyed look at its weakness – especially when it comes to women.

Part one spans the first 10 years of Rolling Stone’s operation in San Francisco and part two traces developments after the magazine moved to New York City in 1977.

The film boasts tons of concert footage and archival news clips, as well as interviews with the mag’s better-known writers and their famous subjects: Springsteen, Thompson, Greider.

An 18-year-old Justin Bieber graces the cover of Rolling Stone in August 2012.

Wenner, whose interviews are the doc’s centrepiece, brags about how the mag’s political coverage broke ground. In fact, the mag was hopelessly apolitical during its first five years (from 1967 to 1972) at the height of the anti-war movement. The few “political” pieces complained about drug busts and showed a tepid interest in the Free Speech Movement at the University of California, Berkeley.

Rolling Stone became a serious journalistic player only when Thompson came along, five years after the mag launched, to cover the 1972 presidential election. Let’s just say that at the time, Richard Nixon was a very easy target.

Not to say that Rolling Stone hasn’t had spectacular moments. Those Thompson pieces were magnificent, and Greider’s assessment of Bill Clinton, which basically called the president a sell-out, was a brave challenge to a smug Democratic Party.

The doc spends a lot of time on those triumphs, while Hagan is concerned with Wenner’s more controversial moves.

The biographer is very clear that Rolling Stone’s editorial policy was driven by Wenner’s personal tastes. The doc allows that the magazine ignored punk almost to its peril and waited way too long before realizing that hip-hop was transforming the music industry – the ed board was too busy salivating over Nirvana and white-dominated grunge.

Eventually Rolling Stone entered an identity crisis period when the culture the mag covered was no longer “counter” but dominant.

Gibney and Blair do pay attention to the infamous 80s house ad campaign designed to attract advertisers. It juxtaposed images of the stereotypical Rolling Stone reader with the mag’s actual demographic – for example, George McGovern vs Ronald Reagan (!). The criticism was withering – in the book Wenner described the campaign as a signal that he and his generation were just growing up.

While covering the burgeoning youth culture in the 60s and 70s, Rolling Stone was appallingly sexist, inadvertently shedding light on how badly women were treated by supposedly progressive men.

A tone-deaf story on groupies laughed at those women, with not a word about how egregiously they were exploited. One of the doc’s main strategies involves quoting from high-profile stories. In this case, the author celebrates the new counterculture, which shared “drugs, music and sex.” Actually, sex wasn’t shared – women were shared.

Moreover, the film’s photos and clips of the editorial board show a roomful of men. And Hagan writes at length about male writers laughing at deadlines and taking journalistic risks while being saved by a group of female fact-checkers.

But even he gives short shrift to the way great female artists were routinely minimized. Joni Mitchell was famously referred to as “old lady of the year” in a 1971 story tracking her (alleged) sexual connections. The article barely mentioned Mitchell’s music – outrageous, considering she was way more talented than all of those strutting rockers.

In the film, women are almost completely absent, except for gifted photographer Annie Leibovitz, who figures prominently (stroking Wenner all the way) but who has never been seen as someone who herself promoted women. In Hagan’s book, Leibovitz comes across as someone you would not want to play with.

Jane, who helped start the magazine, is a major factor in both the film and the movie. The fact that Wenner eventually came out to his wife in 1994 is never mentioned in the doc.

The filmmakers do cover the 2014 publication of Sabrina Rubin Erdely’s unfounded story about rape on campus at the University of Virginia, a story Wenner supported when the rest of the ed board showed zero interest in sexual assault. It’s a nifty strategy that sums up Gibney and Foster’s approach: allow that the publication of the story was a disaster – really, no perfunctory statement from the accused? – while still making Wenner look good.

No wonder Wenner loves the film and hates the bio.