Lit Bang! festival shop and event space pops up at Queen and Ossington

Get your fix of The Feathertale Review, Carousel, Broken Pencil, Poetry is Dead and Taddle Creek 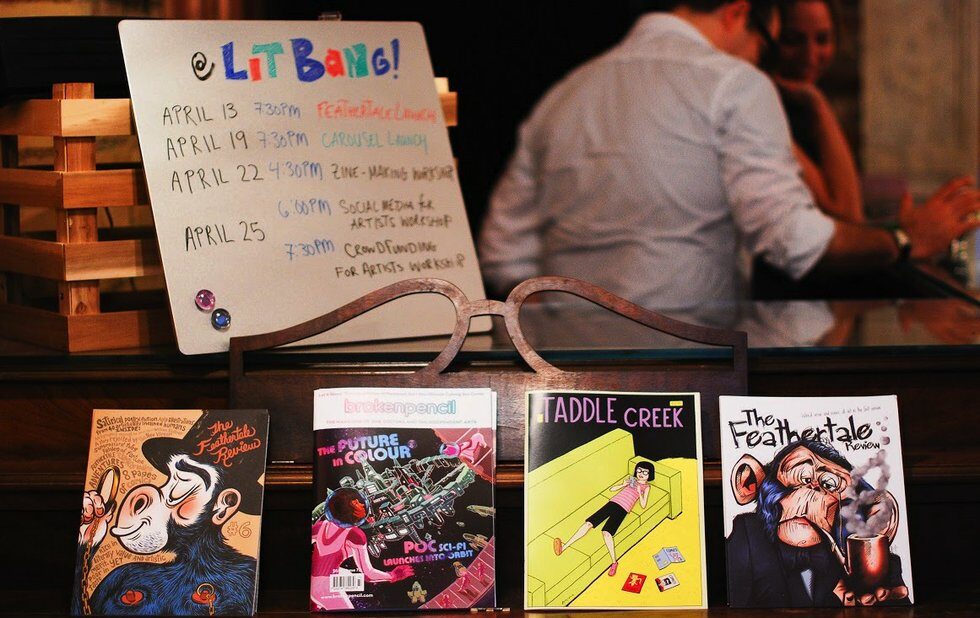 Toronto has a rich subculture of small press publishing, but each year it becomes more challenging to get your hands on your favourite indie magazines. Last weekend, five indie publishers launched Lit Bang!, a pop-up shop at 982 Queen Street West that will run the length of the month with the aim of making the scene more accessible to the masses.

The Feathertale Review, Carousel, Broken Pencil, Poetry is Dead and Taddle Creek co-host the hybrid space, a café where writers and artists can crank out some fresh pages in an intimate writing room in the back, coupled with a magazine and art boutique in the front of shop.

“Declining newsstands can be hard to deal with. It’s a struggle across the industry,” says Corina Milic, associate editor of The Feathertale Review. “The idea was to have a place where we could showcase our new work, showcase our new issues, and hold a number of events to try and cross-pollinate between the small presses.” 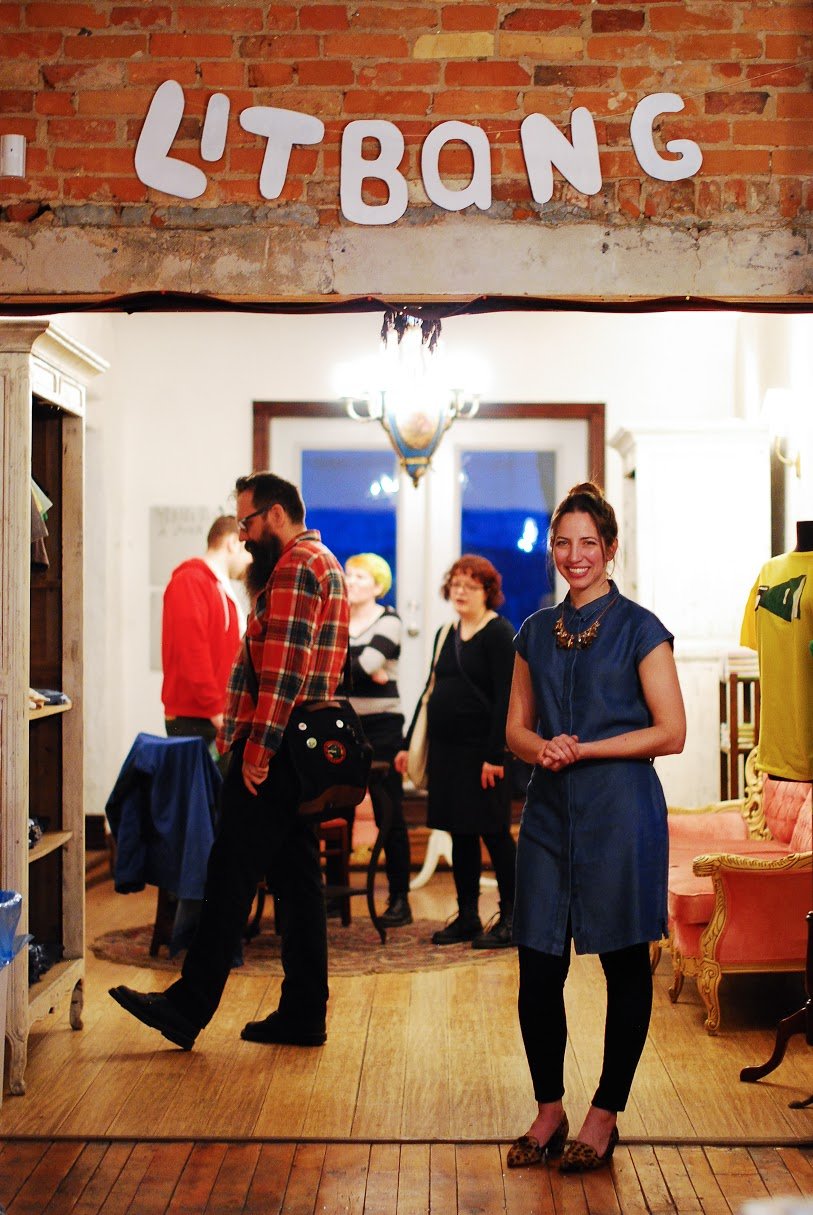 The space will also host two launch parties this month for Carousel and Feathertale, alongside three free workshops, each designed to tackle a component of freelance life or indie publishing. On April 22, Broken Pencil will run a zine-making workshop open to kids and adults. On April 25th, Lit Bang! will present a social media workshop with David Silverberg, founder of Toronto Poetry Slam, one of the biggest of its kind in Canada.

“He’s an independent journalist and a writer, and he’s amazing at self-promotion,” Milic says. Following his talk, Robin Robertson of online feminist lit journal Minola Review will cover crowd-funding, a process wildly relevant for both independent artists and publications. 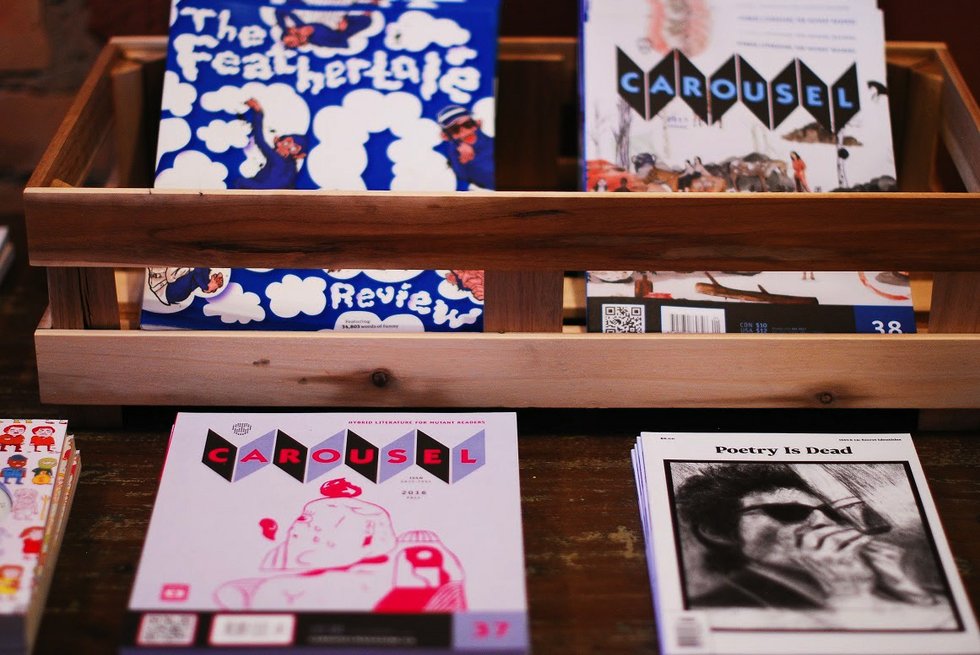 Limited edition prints from the magazines’ illustrators are available for purchase, alongside full-length books by Hal Niedzviecki, founder of Broken Pencil (his latest is The Archaeologists) and Brett Popplewell, editor-in-chief of Feathertale. The magazine’s Eat It anthology, their bestselling text on sex, food and women’s writing, is also offer.

It’s the crew’s second year hosting the space, though last year’s month-long festival was located at Milk Glass Gallery on Dundas West. The collaborators think that the new Queen West storefront will draw even more passersby in. 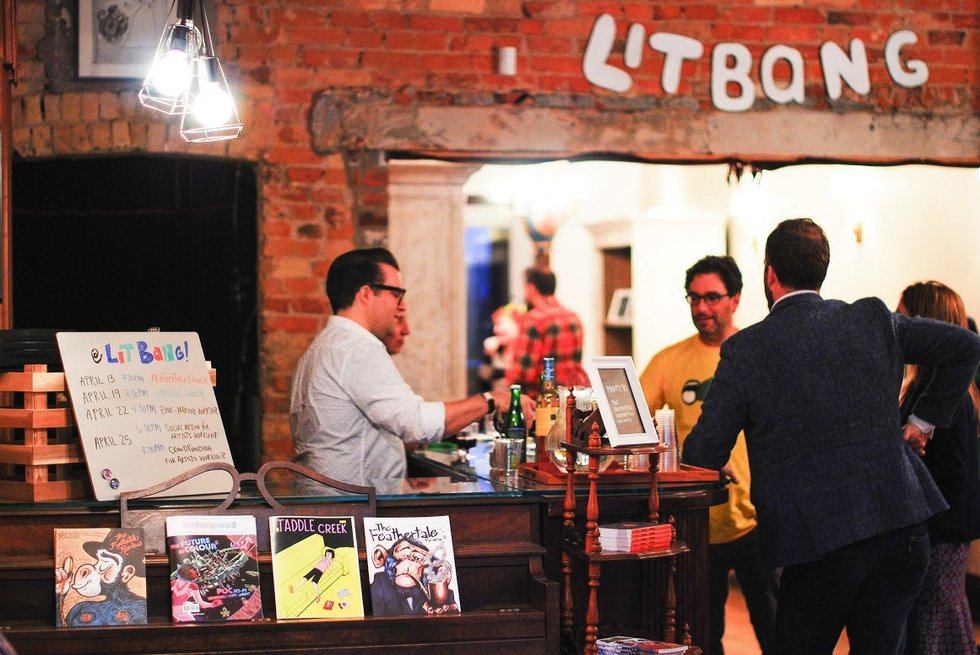 “Our hope is that it will introduce a lot of new people to the small presses that are run out of Toronto, just by stopping in and seeing the space.”

The Lit Bang! shop also aims to address the limited networking opportunities for emerging writers to connect with magazine editors in the city, apart from readings and launches, which are generally one night only.

“It’s great that people will be able to chat with an editor from a magazine, ask them what they need to do to submit something…It gives the space and time for people to connect a little more.”

As a singular shop, the space is a testament to the range of small press in the city, bleeding into the worlds of Canadian lit, comics, illustration, and kids lit.

“Showcasing it all shows that there’s so much variety in the city, and wider Canada,” Milic says. “You don’t realize there’s such a thriving community here where people are really interested in making something original.”