Nearly half of Toronto libraries have temporarily closed

As of this week, 44 of the city's 96 public library branches – many in densely populated areas – are shuttered 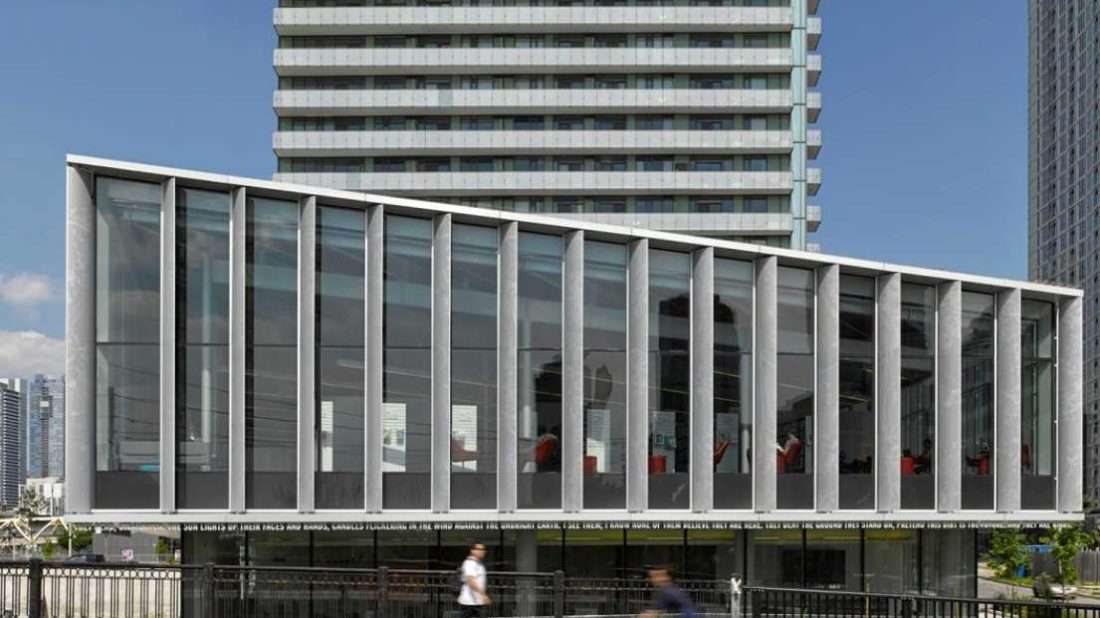 The stunning and spacious Fort York branch of the Toronto Public Library is one of 44 that is now temporarily closed.

As of yesterday, nearly half of all Toronto Public Library branches have temporarily closed due to COVID-19 related staffing shortages.

Out of the 96 libraries in the city, 44 – or approximately 46 per cent – are now dark. The 52 that remain open are operating at the current 50-per-cent-capacity limits.

“The decision to close 44 of our branches is a very difficult one,” says TPL’s City Librarian Vickery Bowles. “We know the impact that these closures will have on the many people who rely on TPL. We chose our largest and busiest branches to stay open and will continue serving our communities in these challenging times while keeping the health and well-being of our customers and staff as our top priority.”

Among the 44 closed are branches in high-density areas, like St. Lawrence, St. James Town and the gorgeous KPMB-designed Fort York branch, which after it opened replaced the Bloor/Gladstone branch (still open) as my all-time personal favourite place to browse, study and borrow materials.

Besides access to books, newspapers, magazines, DVDs and CDs, the libraries provide free access to computers. They also provide access to a warm space and washrooms, something that’s increasingly rare in the city during another set of closures.

TPL’s website includes a page instructing people how to download or print proof of vaccination – all helpful to people who might not have access to a smart phone or home computer. All branches also have free Wi-Fi.

TPL is the world’s busiest urban public library system. The TPL website states more than 46 million annual visits are made to its branches and online portals. A free library card gives you access to the entire system. Even those who are over 13 and a Toronto resident and without a library card can register for a Digital Access Card to access ebooks, audiobooks and video.

The library system is primarily funded by the city of Toronto. Back when Premier Doug Ford was a city councillor and his brother Rob was mayor, he suggested deep library cuts. After writer Margaret Atwood criticized the cuts in 2011, Ford famously said: “I don’t even know her. If she walked by me, I wouldn’t have a clue who she is.”

He also suggested that in his ward (Etobicoke North) there were more libraries than Tim Hortons. “In my area at Rexdale and Kipling, there’s a library in an industrial area that is an industrial plaza and no one knows it’s there. But it’s there. Why do we need another little library in the middle of nowhere that no one uses?”

As of yesterday, that Rexdale branch, like 43 others, is temporarily closed.