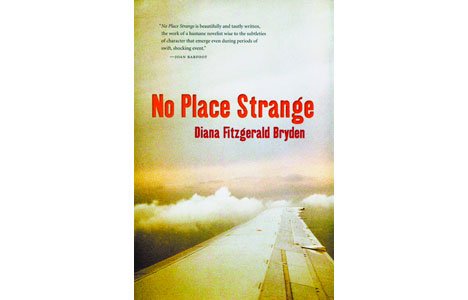 You’d have to be crazy to try to make satisfying fiction out of a complex political situation that pisses off everybody on all sides.

So give credit to Diana Fitzgerald Bryden for pulling it off – especially given the tangle of relationships she sets up.

The year is 1986, and Lebanon is embroiled in a devastating civil war. Mariam is a professor and one-time teacher of glamour-girl terrorist Rafa. Her niece Mouna is a blossoming political activist a bit too impressed with Rafa.

Adding to the mix is Farid, Mariam’s son, who falls in love with Torontonian Lydia, a Jewish woman who’s been touring Greece and has her own connection to Rafa: her journalist father may have had an affair with her.

These links loosen and tighten as the story unfolds, but Bryden keeps us focused thanks to her profound empathy for people, no matter where they’re situated in the conflict.

She deals with Rafa’s charisma with uncommon subtlety. Is the wannabe hijacker a hero to her people or a villain with undue influence on troubled souls?

Is Farid just another sulking male who doesn’t get his way or a traumatized youth who’s lost his ability to trust?

Sometimes the smallest detail makes the biggest impression. A sequence where Mariam tries to make her morning coffee while bombs rain down close to her house demonstrates a poet’s attention to small things.

Bryden is, by the way, a poet-turned-novelist, which is why the language is so consistently strong and the narrative not as much so. The story takes a small dip when Mariam pursues an affair.

But No Place Strange is a courageous take on an incendiary theme.