Pasha Malla: ‘Writers of colour are expected to explain themselves to a larger audience’

In Fugue States, the Hamilton-based author subverts the archetypal story of a second-generation immigrant that goes on a journey of self-discovery 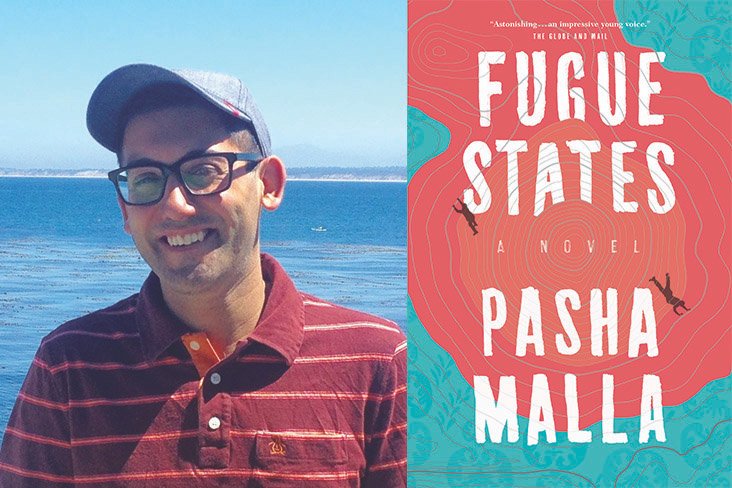 For the longest time, Pasha Malla avoided writing about Kashmir.

As the son of a Kashmiri father and British mother born and brought up in Canada, he felt his connection to a land that’s been a source of contention between India and Pakistan for six decades, and is now considered one of the most militarized zones in the world, was tenuous at best.

“I always knew it was an important place – and I am speaking from when I was a kid I knew it was important to my father,” he says on the phone from his home in Hamilton.

There’s a long tradition of second-generation immigrant fiction, the theme usually a variation on a bildungsroman about a character who goes on a journey to an ancestral land in order to discover one’s identity.

In his previous works – his 2008 collection of short stories The Withdrawal Method and 2012 debut novel People Park – Malla opted not to focus on his identity.

It was partly his reaction to the way “South Asian writing is commodified.”

“Writers of colour are expected to explain themselves to a larger [read white] audience,” he explains. “I was not comfortable participating in that mechanism.”

With his second novel, Fugue States (Knopf Canada), Malla finally decided to explore his heritage. However, it is not as a much a book about Kashmir as it is an exercise in confronting tropes and archetypes head on.

Fugue States revolves around Ash Dhar and his pothead friend Matt. Ash’s father Brij dies suddenly and he stumbles upon a manuscript written by his father that is set in Kashmir.

Ash is not interested in a clichéd journey of self-discovery in a troubled land. But Matt is intrigued by Brij’s brief description of the Amarnath pilgrimage and books a flight to India. A series of misadventures follow, requiring Ash to come to his rescue. However, at an (in)opportune moment, Ash goes into a fugue state – dissociative state.

“The character [Brij] in my book is based a little bit on my father,” explains Malla. “My father was able to go back to Kashmir. But for Brij, the inability to go back creates an identity around the place that’s rarified. And for Ash, Kashmir has become a fantasy land that exists only in stories.

“The book is an exploration of how identity – not just national but personal, gender, political – is created through storytelling,” he adds. “In writing this book I was owning the clichés in order to undermine them.

“The whole first generation seeking their roots from trauma is a problematic story. It’s a solipsistic way of understanding trauma,” he continues. “By eventually forcing the character into it, and by undermining the script, I wanted to illustrate the falseness of those stories.”

Besides, given his personal circumstance – a biracial kid born in Newfoundland that grew up without speaking Kashmiri and barely speaking Hindi – he wondered whether his story would be any different from “some anglophone WASP Canadian who has no connection to Kashmir.”

“I really struggled with that. There’s a sense of accountability as well, of having to represent a place that has been so underrepresented for the duration of the conflict there,” he says. “Thousands of lives have been lost, and there’s an arsenal of nuclear weapons on either side of the border. It’s a deeply traumatized place and yet it hasn’t garnered much popular attention.”

Fiction has always been a way for Malla to ask questions, rather than give answers. When it comes to Kashmir, he certainly has no answers.

Instead, he points to other Kashmiri writers such as journalist/novelist Mirza Waheed (The Collaborator, The Book Of Gold Leaves).

“As a relative outsider, I didn’t think I had any right to add anything to a conversation that’s already happening,” says Malla. “But I have questions, and fiction is a nice place to explore questions: what I understand about Kashmiri identity, the roots of the culture, how it resonates.”

As well, writing is the way he engages with social justice issues, since he’s not as involved in on-the-ground student activism anymore.

“My work needs to do some of the things I used to in that world – to engage politically in some way,” he says. “It uses the situation to investigate other things about identity.”