Torontos only bookstore devoted to poetry is on the move.Jeff Kirby, proprietor and publisher of Knife Fork Book, found out. 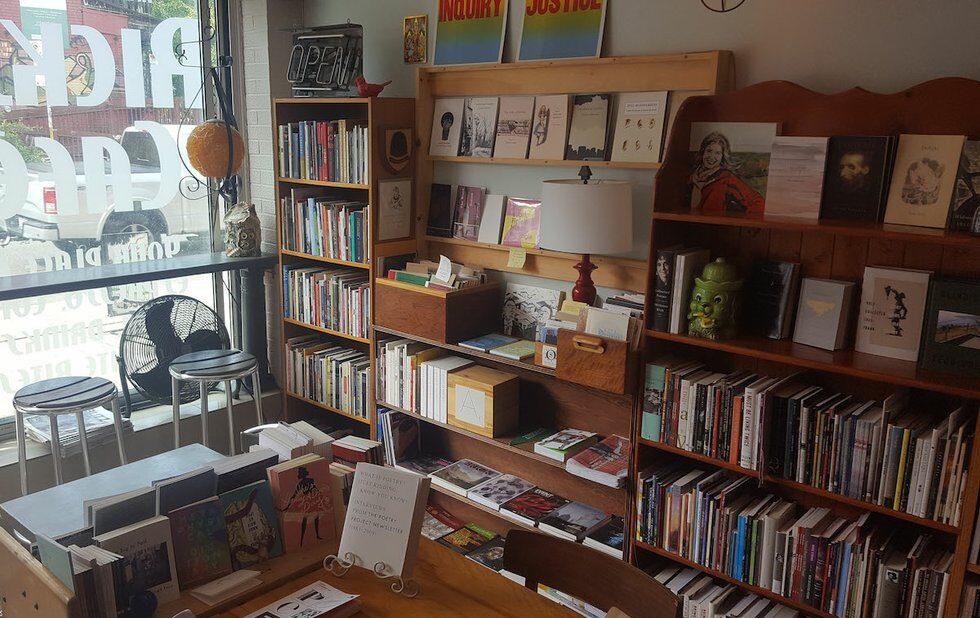 Torontos only bookstore devoted to poetry is on the move.

Jeff Kirby, proprietor and publisher of Knife Fork Book, found out on September 1 that he only had two weeks left at his current location inside Ricks Cafe at 281 Augusta.

Three days later, he launched an Indiegogo campaign to not only help finance the bookstores move, but to help support the Knife Fork Book enterprise, which has grown in the past year to include a reading series and chapbook imprint.

I understood the cafe would be sold but we didnt know when or if it was going to sell, he explains. Im in great spirits. I have no difficulty imagining were going to move into an even better location.

Though landlords pricing out long-time tenants has sparked a backlash in Kensington Market, Kirby doesnt blame his situation on gentrification.

Ricks Cafe owner Richard Ilnycki, a former corporate banker, told NOW he sold for personal reasons because it was time to move on to a new, yet-to-be-determined venture.

The new owners plan to open a sushi restaurant. It seems like a nice family-run business, Ilnycki says. I hope they do well.

In the meantime, Kirby has set a goal of $18,500 on Indiegogo to fund Knife Fork Books relocation, acquire additional inventory and merchandise, and continue growing its community of poets and poetry readers. As of press time, the campaign had raised $2,418.

Kirby started Knife Fork Book a year ago with no front money. He is seeking financial support because the shop doesnt apply for grant funding and hes not in a position to seek a bank loan.

Our [reading] series has been completely free for an entire year and will continue to be free, he says. We dont even pass a bucket at any of our readings. This is the first time weve asked for support.

Hes also hopeful the business can stay in Kensington Market, and has been talking to other business owners in the neighbourhood about the possibility of sharing space.

Until Knife Fork Book secures a new spot, its reading series will operate as a pop-up. The last event in the current location will be the season opener of its Thursday Night Poets series on September 14.

Comic books and art store The Beguiling was forced to relocate to College near Kensington Market due to the redevelopment of Mirvish Village earlier this year.

The whole process of searching for a new location was very stressful, says owner Peter Birkemoe. I dont think a store like ours could open today. We have the benefit of having built up a loyal clientele for 30 years. Without them, the move wouldnt have been possible.

Once Kirby finds a new home, he has even more ambitious plans for his fledgling operation.

My five- to 10-year plan is to establish a non-profit housing co-operative for poets in Toronto, he says, noting that affordable housing is always a primary concern for poets. (Hes lived in co-operative housing for 25 years.)

I know thats entirely possible, and before I die Knife Fork Book will become a non-profit housing co-operative with a storefront for the shop.