Rokudenashiko (which translates as “good for nothing girl”), aka Megumi Igarashi, is a manga artist and sculptor but has become a cause célèbre because of the work she makes related to her genitalia – pussy pieces, you could call them, including a life-sized boat shaped like a vulva. In 2014 she was arrested on obscenity charges, twice, in Japan and spent several months in jail. She comes to the Toronto Comic Arts Festival (May 14 and 15) with her new graphic novel, What Is Obscenity? The Story Of A Good For Nothing Artist And Her Pussy ($29.50, Koyama).

Update: May 9, 2016. Judge Mihoko Tanabe found Rokudenashiko guilty of obscenity, saying that the kayak she created in the shape of a vagina could “sexually arouse viewers.” Looking at said boat (above), you can see why the ruling has been heaped with ridicule. If she loses her appeal, she will be fined, not incarcerated.

You’ve described prison as an ordeal, but you also say police did you a favour by arresting you. Why?

Because news of that experience was picked up by major media around the world, I was able to promote my work without spending a single yen. Also, in July 2014 my future fiancé would see news of my arrest on television in New York and get in touch with me to show support. I almost want to invite the arresting officers to our wedding as my guests.

Is there something about Japanese culture that makes your work especially vulnerable to attack?

There is a fixed and pervasive mentality that men can treat women’s bodies as objects, but women who express their own gender are not tolerated. Women who speak clearly about themselves sexually are reviled. On top of all this, I freely use the taboo word “manko” to refer to my vagina.

(Translator/editor Anne Ishii adds, “‘Manko” means pussy, it means cunt. It can be very derogatory, but it’s used very casually and without weight to refer to the vag, by women, and is a normal part of pillow talk as well. The only place it’s not used is the doctor’s office. Well that, and the police station….) 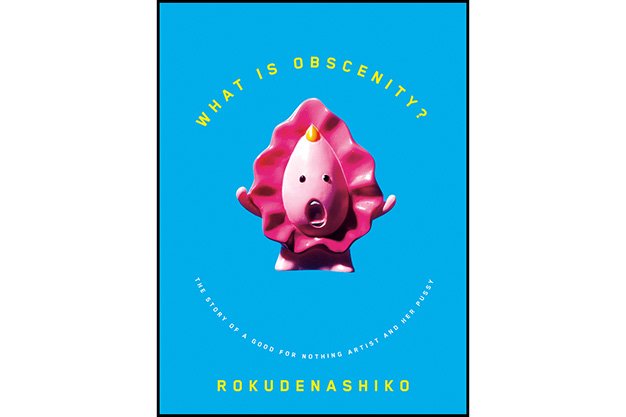 So you knew your manko boat might meet resistance?

I did not think I would experience so much objection. I was convinced there were people who’d enjoy a sunny, cheerful expression of pussy, and many such people indeed came to see me when I set sail.

Tell us about the media response to your work.

I’ve never trusted mainstream media. I was glad other more established people became angry for me and called them out as rude for condescending to me by referring to me as a “so-called” artist.

TV and newspapers, I feel, are only validating the police’s tone. It makes me think there is no such thing as freedom of information in my country. It was the same during the Fukushima nuclear accident: TV news and newspapers hid a lot of important information. Internet news is still much more faithful to the truth. 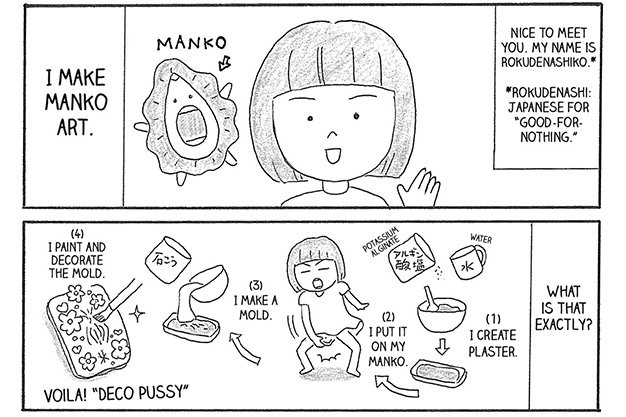 Are you selling more of your work now? Or are you wary of the business aspects of the art world?

There are plenty of unnamed artists who envy me for having become famous through an arrest. But as an artist I’ve been less interested in selling work than in creating art that questions why we can’t say “manko” out loud. I am satisfied just knowing that average citizens are beginning to question this, too.

Do you think your work has changed people’s minds?

I’m really grateful to the people who have read my book and taken an interest in my ordeal. Japan is a country that criminalizes women’s bodily self-expression and won’t even allow female genitals to be expressed openly. Because women are told they can’t articulate ideas about their own bodies, they have learned to believe their bodies are something to be ashamed of, that something is wrong with them.

Despite this, many people are learning it’s okay to say “manko” out loud, and learning to think more highly of their bodies. And increasingly more male fans understand this right. The sight of my refusal to give up these rights apparently inspires others. Seeing people enjoy my art and my manga is my greatest fuel.