There’s nothing like soaking up the sun with a book and it’s even better when whatever you’re reading reflects your queer experience. These recent and upcoming releases will expand your mind while confirming LGBTQ reality 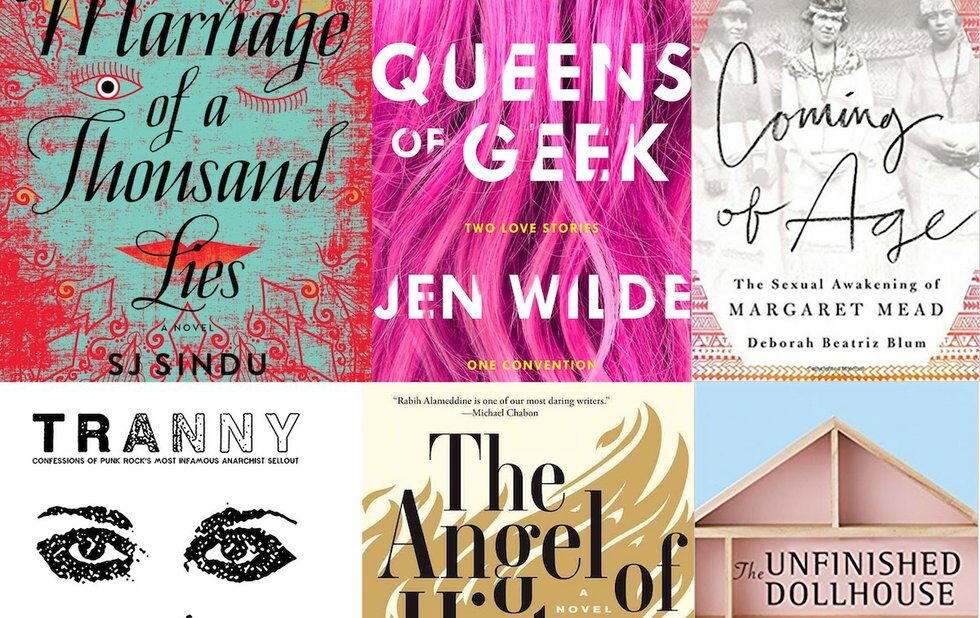 Marriage Of A Thousand Lies, by S.J. Sindu (Soho)

Lakshmi and Krishna may look like a typically conservative straight Sri Lankan couple, but they’re actually closeted queers hooking up on the side. When Lakshmi, nicknamed Lucky, reconnects with her first lesbian love, whose arranged marriage is impending, she has to rethink everything about her life. The stakes are high – coming out will kill Lucky’s connection to her community – and Sindu takes on the conflict between love of family and of oneself with clarity and laughs. Sindu appears at Famous Last Words on Thursday (June 22). See listing.

The Angel Of History, by Rabhi Alameddine (Atlantic Monthly)

This 2017 winner of the Lambda Literary Award for gay fiction unfolds over a single day, mostly in the mind of Jacob, who has checked into a mental health facility after a meltdown in a chi-chi San Francisco restaurant. He feverishly recalls living through the 80s AIDS crisis and considers the current war on Muslims in this meditation on memory and identity.

Proof of the hefty inroads LGBTQ authors are making on the literary landscape is the explosion of young adult queer books. One of the best of the year so far is this story of diverse pop-culture-loving women attending a convention called SupaCon, where relationships shift and young women bliss out – or struggle – over their personal changes. The narrative’s big fun, and so are the cultural references.

Music nerds will go nuts for this memoir by a shit-kicking anarchist punk rocker, leader of the band Against Me!, which formed in 1997. The group was always controversial – pushing the political envelope and pissing off its fans (who hated the band’s record deal) as often as its critics – but never more so than when band founder Laura Jane Grace came out as trans in 2012. Her intimate story details a search for dignity in an arena not always open to gender outlaws.

Anyone aware of influential anthropologist Margaret Mead’s preoccupation with young girls’ sexuality in Samoa has to wonder what inspired her to undertake the study and travel alone – unthinkable in the 1920s – to do her research. Turns out that Mead was a trailblazer at college, questioning women’s restricted roles, and had a life-changing lesbian affair. Blum writes about all this in a clear-eyed, never sensationalist style.

The Unfinished Dollhouse: A Memoir Of Gender And Identity, by Michelle Alfano (Cormorant)

Doubtless there will be many more accounts of parents responding to the discovery that their child wants to transition, but this memoir by the mother of a female-to-male trans person is an important groundbreaker. The Dollhouse of the title was a gift Alfano hoped her daughter would love, only to discover that Frankie was not in the least interested in home decor.

And don’t forget: The Ministry Of Utmost Happiness, Arundhati Roy’s spectacular new novel with the queer character Anjum anchoring the narrative Coach House’s collection of essays Any Other Way, about the queering of Toronto over the last five decades Weekend, by Jane Easton Hamilton (Arsenal Pulp), last year’s perfect beach read about LGBTQ couples’ emotional ups and downs at the cottage.