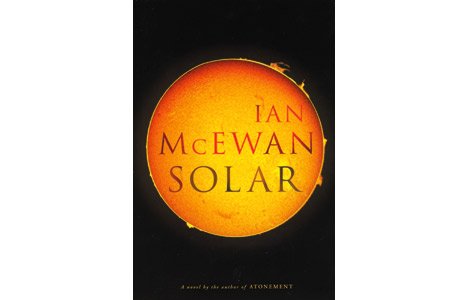 I don’t know why everyone’s calling Solar a satire. There isn’t a line in it that stretches reality. It is, however, sometimes very funny.

Aging Nobel Prize winner Michael Beard feels like a fraud, but that hasn’t stopped him from using his accolades to his sexual advantage or charging astronomical speaking fees. He’s also heading a government-backed research centre designed to tackle global warming, even though he scorns the activists who support the initiative.

When his wife’s lover suffers a freak accident and Beard takes a vengeful risk, you’re convinced he’s going to hell, only to discover in part two that he becomes more successful than ever.

As in Saturday, where he showed infinite knowledge of medicine and surgery, author Ian McEwan dives into the specifics of quantum physics and the minutiae of climate change so we can get inside Beard’s head.

And his descriptive powers evoke everything from the complex (Beard’s experimental attempts to artificially reproduce the action of photosynthesis, for example) to the simple (like the physical sensation of queasiness after wolfing down nearly a pound of smoked salmon).

But Solar’s genius lies in the contemptible character of Beard, whose physical health, thanks to his gluttony, is decaying in concert with his moral fibre.

Rarely do we want a main character to get screwed the way we want Beard to. The question that keeps the pages turning is, will we get this satisfaction?