NOW MagazineArt & BooksBooksSoul Of The World: Unlocking The Secrets Of Time

Soul Of The World: Unlocking The Secrets Of Time

SOUL OF THE WORLD: UNLOCKING THE SECRETS OF. 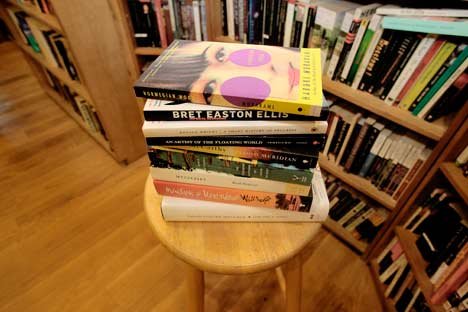 In his fourth non-fiction book, poet and cultural critic Christopher Dewdney presents a superb survey of the concept of time. He seamlessly melds explorations of scientific phenomena with his own experience of time’s passage.

Dewdney cites the great philosophers of time, including St. Augustine, Walter Benjamin and Albert Einstein, yet the strength of his work lies in his own meditations on the subject. He describes the changing of the seasons from his backyard garden, spending an entire morning watching his rhododendrons bloom.

His metaphors are unique and lively and reinforce the subjective nature of time’s passage. Armed with the vocabulary of a scientist plus novelist’s grasp of detail and a poet’s attention to aesthetics, Dewdney describes, for example, the Appalachian mountains as banded with pink and blue limestone strata like layer cake.

His wanderings into the realities of time travel or the cultural interpretations of time are gripping, yet he always finds himself back in his garden, describing the moment when he found kitten paw prints embedded in the 90-year-old bricks that make up his house or finding evidence of a lost river flowing under neighbourhood houses by tracing the pattern of flooded basements after a rainstorm.

Dewdney has explored the past in his poems, including a stunning description of the planet’s vast geological changes in The Natural History. Soul Of The World tries to make sense of his obsession, investigating time in a sensual way, ascribing it a colour, a taste, a smell.

The unwritten rule of science writing demands that a writer give explanations that are as objective and lucid as possible. Dewdney’s poetic sensibilities buck this trend yet turn his book into a powerful voyage through the mystery of time’s passage.

Dewdney reads as part of the non-fiction night Friday (October 31), at 8 pm, in the Brigantine Room and joins a panel on narrative and the passage of time on Saturday (November 1), at 4 pm, at the Lakeside Terrace.