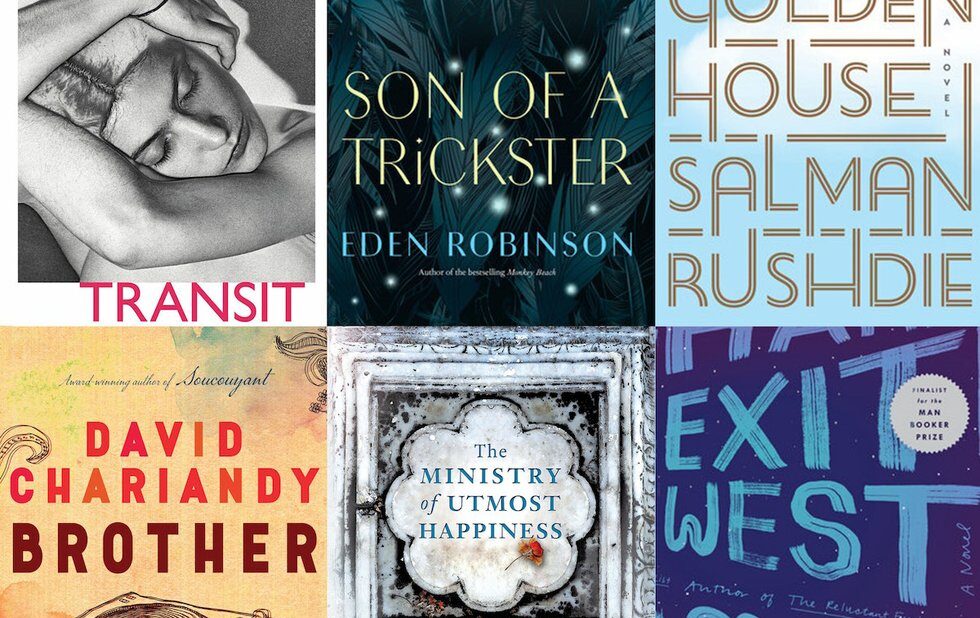 It was a year bedeviled by controversy, and during Canada 150 it was appropriate that much of the dialogue was about where First Nations authors and creatives fit into Canadian culture. While the debates roiled, some of our prize juries got it right, especially the Writers’ Trust, which gave big prizes to Eden Robinson and Scarborough’s David Chariandy.

Here are the books that shook things up.

Chariandy’s account of life for a Black single mother and her two sons struggling in Scarborough is gorgeous, poetic and heartbreaking. The fact that there has never been anything even remotely like it is testimony to the depressing dearth of Black literary voices in this country. But Chariandy didn’t win the Writers’ Trust fiction prize because he was Black. He won it because his novel is so skillfully written and emotionally deep, buttressed by its queer subtext and passion for hip-hop.

Yaffe mines his excellent journalistic chops and musical knowledge in this riveting biography of Joni Mitchell. Armed with hours of personal interviews with Mitchell, he’s smart enough not to take her word for everything, connecting with many of her artistic collaborators and ex-lovers to create a portrait of a complex artistic genius. Vulnerable in her art and guarded in person – even egomaniacal – she knew she was more talented and smarter than just about everybody, yet hopelessly insecure.

In this story of an aspiring filmmaker who becomes obsessed with a mysterious family that moves into an exclusive New York City enclave, Rushdie comments on life under Donald Trump and the ease with which one’s personal ethics can be compromised. Throw in Rushdie’s savvy strategy of embedding his protagonist’s developing screenplay into the story and a ton of pop culture references and you get a laugh-out-loud, can’t-put-it-down read. You won’t miss Rushdie’s magic realism one bit.

O’Neill’s imagination erupts in this gritty yet gorgeous story of two gifted Montreal orphans who meet as children in a Catholic orphanage, where they fantasize about realizing their artistic ambitions together. Reality – and a sexually abusive nun – get in the way and they’re suddenly separated. We yearn for them to be reunited in this tale – criminally ignored by this year’s prize juries – laden with spectacular metaphors and coincidences.

5. The Ministry Of Utmost Happiness by Arundhati Roy (Hamish Hamilton)

Take your time with this sublime novel. It has so many threads – the life of a hermaphrodite who lives in a graveyard, and activists fighting for Kashmir’s independence are two of about 20 – you need your powers of concentration. But it’s rich, politically astute, sexy and unpredictable. Definitely worth the wait between this and Roy’s Booker-winning debut from 20 years ago.

Saeed and Nadia flee the increasing conservatism of an unnamed country in this exquisite commentary on love and terror in an unpredictable world. As the couple passes through a series of mysterious doors into Greece, London and California, Hamid puts the reader in a dream-like state, dispensing with logistics to mock borders and celebrate peaceful possibilities. Surrender to it.

Let’s for the moment just forget about the fact that there are people pissed off that Giller juries keep giving love to this ex-pat author who spends almost no time in this country. Cusk has created a genre of her own, driven by a strangely absent main character – in this case a recently separated author renovating her house – who comments copiously on the world around her without revealing much about herself. Rarely has a story in which almost nothing happens, except everyday life, been so fascinating.

This year’s Giller winner is a page-turning thriller about a woman trying to catch up to a doppelganger who’s been showing up in Kensington Market. Soon it becomes clear things aren’t exactly as they seem, but even as we start doubting Jean we can’t stop loving her. Along the way, Redhill gives us a ton of twists and turns and makes Toronto one of the stars of the show.

9. Son Of A Trickster by Eden Robinson (Knopf)

Robinson mines her long-time preoccupations with First Nations kids and dysfunctional families in this sly, dark comedy about a 16-year-old weed dealer trying to deny his magical powers. Like all of Robinson’s fiction, this book is a riotous hot mess, but it’s distinguished by its irresistible energy.

Maclear makes birding her inspiration for this tender meditation on grief, loss and creativity. Guided by an unnamed musician friend – read closely and you can figure out who it is – and her sometimes alarming honesty, she creates a gorgeous personal statement that has universal implications.

Little Sister by Barbara Gowdy is a sly, sexy story about a woman who enters the body of another Scarborough by Catherine Hernandez delivers a gritty slice of suburban life, where people find dignity inside community Any Other Way: How Toronto Got Queer features diverse essays from activists and cultural workers who changed our city and Sticky Fingers: The Life And Times Of Jann Wenner And Rolling Stone by Joe Hagan pulls no punches about the excesses of the Rolling Stone’s publisher – and, thus, it really pissed Wenner off.

The sudden death of Jack Rabinovitch, which cast a pall on this year’s Giller gala Lincoln On The Bardo by George Saunders, which won the Booker Prize and left me cold Hal Niedzviecki’s ludicrous essay in the Writers’ Union quarterly that made a game out of voice appropriation.