The best and worst Canadian book stories of 2017 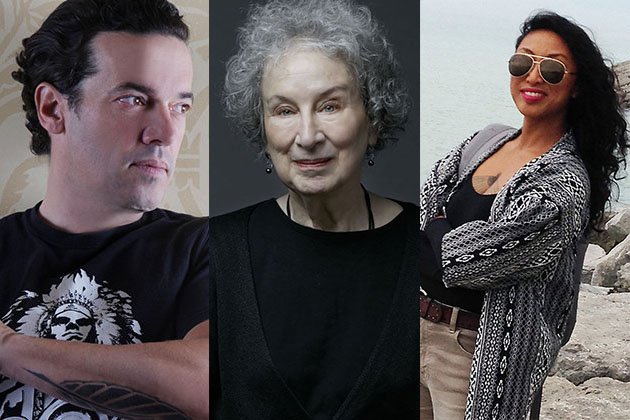 Sometimes when you think everything’s going swimmingly, something happens to make a situation look not so sweet. Conversely, a really bad thing can suddenly turn positive in surprising ways.

In the Canadian literary scene in 2017, there were several examples of people and situations that went both ways.

The good: Canada’s literary icon was going gangbusters early on in the year. Her 1985 novel, The Handmaid’s Tale, was ensconced on the New York Times bestseller list for months – thanks both to fears of Trump’s ultimate agenda and the exceptional TV series based on the book. There she was at the Emmys soaking up the adoration as the show took the best drama series award. The CBC’s excellent miniseries based on Alias Grace amped up sales of that book, too. No wonder USA Today named her one of the top 10 influencers of 2017.

The bad: In the wake of her late 2016 support of Stephen Galloway, accused of sexual harassment, fans began to realize that Atwood may not be perfect. (The women making the complaint were furious that Atwood spoke out without talking to them.) So in 2017, when she was among those – including Galen Weston – protesting the construction of a mid-sized condo close to her Annex home, detractors were ready to pounce and did so relentlessly on Twitter. She and her neighbours later relented, focusing specifically on architectural details that threatened their privacy. But that didn’t impress the International Festival of Authors Bechdel Tested panel I hosted, where Atwood received blistering criticism from poet Gwen Benaway and Phoebe Wang.

The bad: It was the gifted and multiple award-winning author who rallied Canadian writers behind Galloway in the form of an open letter. Many, including Camilla Gibb and Kathryn Kuitenbrouwer, expressed regret that they had signed on so quickly. That controversy paled in light of the revelation that Boyden may not be First Nations, as he often claimed.

The good: This last revelation launched an important discussion in which the complexities of Indigenous identity were debated in fascinating detail. Better still, though there was much vitriol tossed at Boyden, not every First Nations activist joined in the pile-on and some showed remarkable compassion. Manitoba NDP leader Wab Kinew stepped in to argue that there was room for Boyden in his circle.

The bad: The author and small press promoter used his platform as editor of the Writers Union of Canada magazine to promote a prize for literary appropriation – in an issue devoted to First Nations writing, no less. The comment caused a major firestorm and led to his having to resign his post.

The good: Other literary commentators took him seriously, including The Walrus’s editor Jonathan Kay who called the public’s reaction “Sad & shameful.” That didn’t go over too well, either. So what’s the good news? Kay, too, resigned amid the backlash, breaking the truculent conservative’s stranglehold over one of Canada’s most important mags. Buh-bye!

The bad: There were serious grumblings when the Giller Prize jury gave nods to authors who spend very little time here. Short-lister Ed O’Loughlin, author of Minds Of Winter, was born here but was raised in Dublin and now lives there with his family. And Rachel Cusk was born in Canada but spent much of her early childhood in Los Angeles. She moved to the United Kingdom in 1974 and appears to be there for good.

The good: With Nuit Blanche showing new love for what nobody still calls Scarberia, the area is becoming a serious arts hub. But credit authors Catherine Hernandez and David Chariandy for bringing the experience of living there such loving attention. Hernandez’s Scarborough was short-listed for the Toronto Book Award and Chariandy walked away with prestigious Writers’ Trust fiction prize for Brother.

The bad: What could be bad about this, unless these successes lead people to support the exorbitant one-stop subway extension to Scarborough!

Correction December 27, 2017: An earlier version of this article incorrectly stated that Jonathan Kay offered to contribute funds for the creation of a so-called “appropriation prize.” This version has been updated.