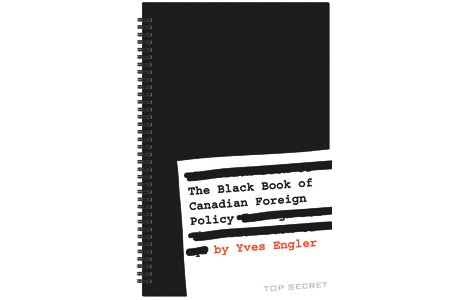 Each chapter of The Black Book’s encyclopedic look at Canadian misdeeds is devoted to a specific part of the world where we were allied with the British Empire or later with the U.S.

In Africa in recent decades, for example, powerful Canadian-owned banking, insurance and mining groups – aided by Ottawa – have run roughshod over local concerns.

Engler offers interesting bits on how Canadians helped the British put down Caribbean slave rebellions pre-Confederation, rationalized Japan’s “rape of Nanking” in the late 30s and backed the UK embargo on nationalized Iranian oil that culminated in the CIA’s toppling a democratic government in Tehran in 1953.

This revisionist take on Canadian foreign policy is welcome, even if it hurts at times.

The problem is that the dull presentation of shocking factoids can test even the most activist readers. The book also lacks any explanation of how Canadians have been fooled into believing there ever was a golden age of Canadian foreign policy.

Noam Chomsky is no great stylist either, but he makes up for it with an insightful analysis of U.S. actions.

Still, Engler has done the grunt work on a subject until now buried on dusty academic shelves.