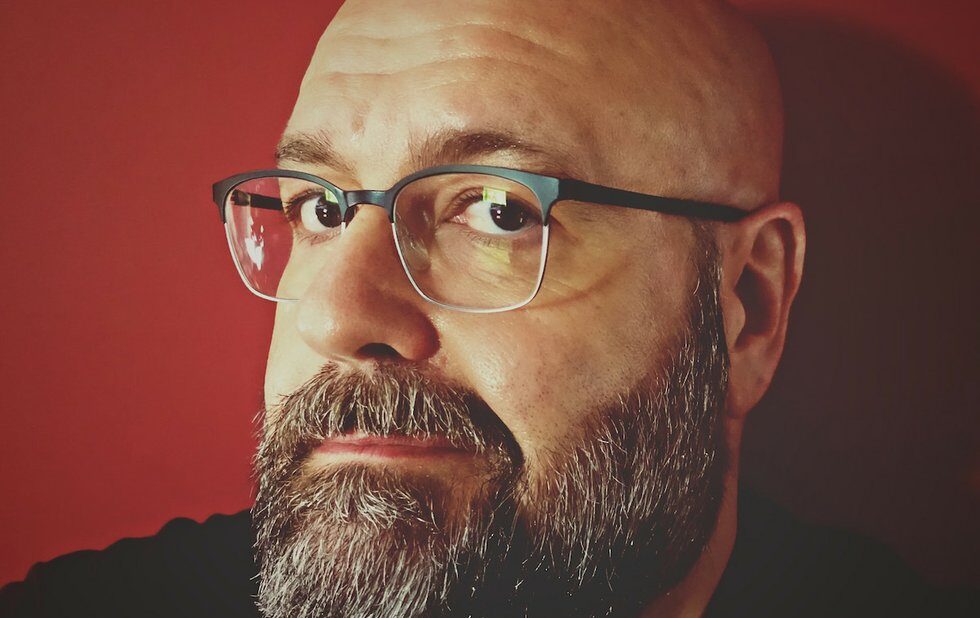 Despite the violent insanity that is 2017, horror anthology The NoSleep Podcast is more popular than ever.

At three million downloads a month, the audio-book-style fiction show has evolved from a forum on Reddit in 2011 to become one of the internet’s leading horror anthology podcasts.

“People are drawn more to our kind of horror now because there’s a safety element to it,” says the podcast’s David Cummings, host, showrunner and sometimes voice actor. “It’s kind of nice to escape into a scary situation that you know is not real – you can allow yourself to feel scared but know that when you’re finished with it, you’re not going to experience it in real life.”

The appeal of safe escapism might be why NoSleep’s upcoming Halloween show on October 29 at the Great Hall is nearly sold out. Cummings will be onstage with six other voice actors, all of whom are regular contributors to the podcast.

It will be NoSleep’s first live Halloween show, and there’s a simple reason why Toronto gets the honour. “It’s my hometown,” explains Cummings, who now lives in Georgina, Ontario.

While most live podcast shows are “two or three guys sitting on a stage,” Cummings says NoSleep’s will be more like watching a radio drama, complete with sound effects and live music.

Four original horror stories will be performed, the longest of which will be recorded for NoSleep’s Halloween episode. Cummings says to expect audience interaction and an “atmosphere of tension and spookiness.” The evening will wrap up with a cast meet and greet.

NoSleep’s horror tales have covered everything from haunted houses to murderous neighbours to killer spiders. Stories are told in a breathless, first-person narration style with what Cummings describes as a “campfire feel.”

The live shows also tend to up the comedy factor.

“When you do it live, there’s a natural leaning toward comedy because people can see how we’re interact on stage,” he says. “We’re all hammy actors so we play it up and like to get that response from the audience.

“None of our scripts are very gory,” he adds. “It’s not like people are going to come and experience a freak show with fake blood.”

The recently restored Great Hall was built in 1889, which Cummings believes will create just the right atmosphere. “It has an antique feel that’s conducive to the type of show we do.”

NoSleep traces its origins to social news aggregator Reddit’s NoSleep subreddit, where wannabe Stephen Kings showcase original horror stories. Six years ago, when a group of volunteers decided to turn the more popular tales into a podcast, Cummings signed up as narrator.

He previously dabbled in voice acting and was thinking of getting back into it. But when the people who had initially offered to take on production duties backed out, he stepped in and soon found himself running the show. In 2015, Cummings quit his job as a software developer to work full-time on the podcast.

“While it technically wasn’t my idea, I’ve been the person doing it since the start,” he explains. “It was pretty bare-bones back in those days.”

Today, NoSleep has a rotating roster of around 20 voice actors from around the world, has hit 60 million downloads and has recorded nine seasons.

Despite its success, the show was slow to jump on the live-podcast bandwagon largely due to the fact that its team is spread out across the globe. But after working out the logistics, Cummings and a few team members hit the road for the first time in February, successfully staging 23 shows over four weeks across the United States.

A live Halloween show, which he considers a trial event that could become an annual tradition, seemed like the logical next step.

Given our seemingly endless enthusiasm for horror, he might be onto something.