“I think there’s still a long way to go in terms of equality,” says Ben McNally, founder of Ben McNally Books, who teamed up with daughter Danielle for the festival. “I still think in a lot of ways that women are not given the kind of exposure they should be given.” 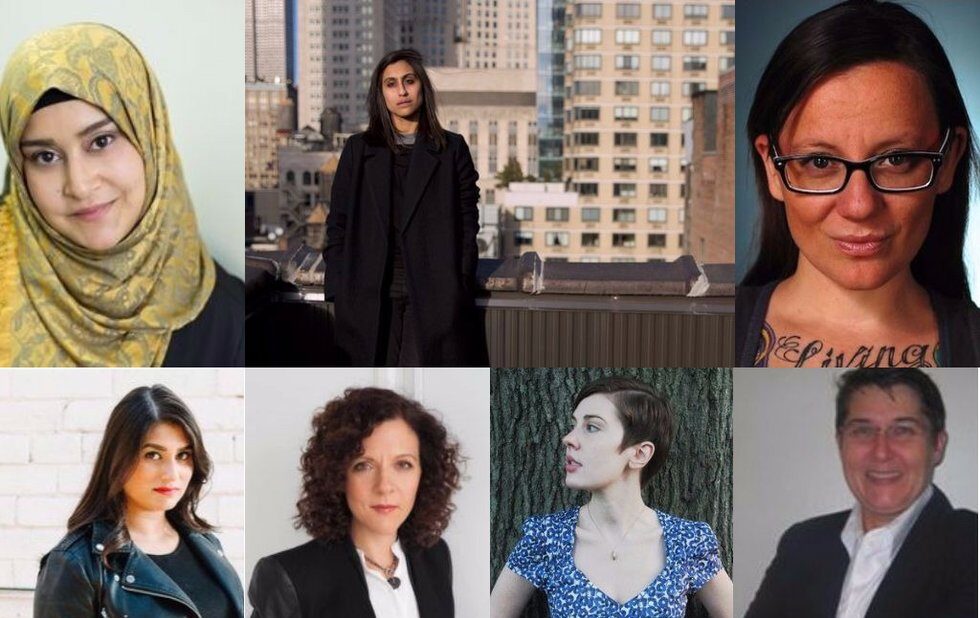 Novelist Nicola Griffith made headlines in May of 2015 when she published a study on her blog that analyzed the subject matter and authorship of major prize-winning books published since 2000. The findings were disturbing to say the least: zero of the 15 Pulitzer Prize winners were written from the perspective of a woman or a girl heavy hitters like the National Book Award and the Man Booker Prize proved nearly as narrow — more than half of the winners over a 15-year period were written by men about men (and boys).

“It’s hard to escape the conclusion that, when it comes to literary prizes, the more prestigious, influential and financially remunerative the award, the less likely the winner is to write about grown women,” Griffith writes in her post.

On Thursday (June 15), In Her Voice Festival launches its inaugural celebration of female-identifying authors. It’s organized by one of Toronto’s most beloved bookshops and rallys around the idea that, even in 2017, there remains a need to promote women’s voices and women’s stories. “I think there’s still a long way to go in terms of equality,” says Ben McNally, founder of Ben McNally Books. “I still think in a lot of ways that women are not given the kind of exposure they should be given.”

Running the long-time literary hub at Bay and Richmond, McNally is a fixture of Toronto’s lit scene. But it was his daughter Danielle who spearheaded the In Her Voice event series this past January and organized its first weekend festival (alongside brother Rupert McNally), which will run Thursday to Saturday (June 17).

To date, they’ve hosted such acclaimed novelists as Chimamanda Ngozi Adichie (Americanah Dear Ijeawele) and Emma Richler (Be My Wolff) in smaller venues across the city. Wanting to create a showcase of the series, they partnered with Streetcar Crowsnest, a new arts facility and theatre at Dundas and Carlaw to host the five festival events.

Thursday, Alexandria Marzano-Lesnevich discusses her acclaimed, genre-bending book The Fact of a Body, one-half memoir and one-half murder mystery. Friday, Toronto’s own Scaachi Koul meets Montreal’s Durga Chew-Bose in conversation the two sharp-witted essayists will be interviewed by Fariha Róisín, a literary mover and shaker in her own right. Saturday, Patricia Lockwood discusses Priestdaddy, her gone-viral memoir about growing up the daughter of a Catholic priest.

“That’s where some serious writing is taking place, and from a feminist perspective, that’s where you want to get younger people involved in the empowerment of women’s voices,” Ben McNally says.

In addition to its stacked lineup, the festival’s refreshing new wave of programming signals the next generation of Ben McNally Books will remain as influential as the first. “We do all kinds of events at the bookstore, but this particular initiative I think is something that’s really worthwhile,” McNally says. “If they’re going to carry on, [Danielle and Rupert] are not going to carry on doing the exact same things I did.”