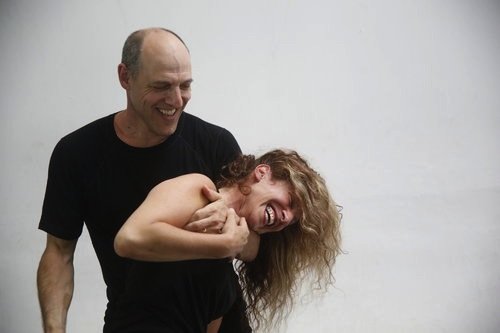 AN HONEST FAREWELL a festival celebrating inclusiveness, community and social innovation, at Honest Ed’s (581 Bloor West), Thursday to Sunday (February 23 to 26). $16.50 for some events. Buy tickets and/or register at torontoforeveryone.com.

We know it’s coming. We might even admit that it’s about time. But many of us are dreading it: that moment when Honest Ed’s goes down. Not the store that happened last year but the building, that crazy edifice festooned with neon that flashed garishly at the corner of Bloor and Bathurst.

But the Centre for Social Innovation is turning this sad moment in Toronto history into an opportunity. An Honest Farewell, their multi-day culture fest, celebrates the past, present and future with the accent on building a city that is joyously inclusive.

The fact that I’m talking to co-producers Hima Batavia and Negin Sairafi just days after U.S. President Trump has announced his travel ban on people from seven Muslim-majority countries lends the project a new urgency. T.O. is always promoting its diversity, but with xenophobes taking over below the 49th parallel, protecting that inclusiveness takes on new meaning.

“My passport says Iran,” explains Sairafi, angered by the confusion the executive order has created. “So I can’t travel to the States. Then again, maybe I can. It’s a privilege to be able to travel and to have a Canadian passport, but it’s still ironic that I’m working on a project like this and having to face the reality of what people are going through around the world. It makes our work and especially what we do after this so much more important.”

When Sairafi mentions what comes after An Honest Farewell, she’s referring to the fact that the fest says goodbye to an iconic edifice but also launches CSI’s Toronto For Everyone (TO4E) campaign to build a city committed to inclusiveness.

But the focus for four days beginning February 23 is a cultural blitz that transforms the one-time bargain emporium into an arts extravaganza and venue for public debate on the city’s future.

“This is a hard transition,” says CSI director Adil Dhalla in a separate interview. “We are honouring the past and casting a vision for the future but also creating some time for the present, which is the moment of grief.

“We often resent or resist transition. We know it has to happen, but we don’t see ourselves in it. Here we’re giving the chance for people to say goodbye, and there’s power in that.”

Around 50 art exhibits – under the banner title Amazement – and panels addressing essential urban issues are planned for the site.

“The idea is to create an art experience that’s like walking through a maze, which resembles the shopping experience at Ed’s,” says Dhalla.

CSI began in 2003 as a collection of social entrepreneurs and has blossomed into a full-on community which includes NOW, whose offices are in one of CSI’s buildings committed to diversity and to sharing resources, breaking down the barriers between organizations and creating social change.

So where does Honest Ed’s fit into that vision? Dhalla, whose family came here from Tanzania, gives a bit of his own story to make the point.

“We used to go to traditional department stores, and it was an outing,” he recalls. “But when they saw a large group of immigrant people walking through a department store, it was a cause for concern, and security was watching us.

“Whereas the way Ed’s was created and designed seemed to encourage people to stay. There was something about Honest Ed’s that modelled the city we want via its kooky department store.”

Sairafi has her own vivid recollection of going to Ed’s for the first time.

“I moved from Iran in 1995 to Christie and Bloor. Our first apartment was above a pizza store, and I bought my first outfit at Honest Ed’s. It was all we could afford.”

“For many new Canadians it was the first time they experienced Thanksgiving,” she says. “They got something for free but with dignity, and it was fun and playful. Ed stood for how to include everyone in that retail space.”

But he had something more in mind than an annual giveaway.

“Honest Ed’s started off as a small storefront,” Batavia continues. “But he was one of the first to bring a community aspect to his business. He was thinking about how to serve new Canadians, while stocking products no one else was stocking. Sure, it made good business sense, but it also served the community.”

In the era of online retail and virtual everything, when human connection seems to be giving way to an addiction to interaction with digital screens, the producers see An Honest Farewell as an opportunity to create an alternative event where all the senses can come alive.

“Experiencing a fully felt environment is growing more and more rare. We want to a create powerful experience when it comes to connecting community and connecting to arts,” says Batavia.

The call for artists’ ideas triggered a deluge of applications – well over 200 and another 100 ideas for the community hub – creating a major curating challenge. But the duo were clear on their criteria.

“We wanted to see if the artists could draw the connection between their work and inclusivity and belonging,” explains Sairafi. “What you touch, see, feel or hear evokes an emotion, and we want to reflect that in the design.

“We are looking through the lens of art that’s multi-dimensional and can speak to people of various backgrounds, so when you walk through the space, you get a multi-sensory experience.”

You can book tickets for individual events some of the performances require that you reserve but you’re also encouraged to go with the flow.

“The idea is that you ean in to the surprise of not knowing exactly what you’re going to encounter,” says Batavia. “Come in and get lost it’s written all over the building. Every time you walk in, every hour you’re there, you’re experiencing it in a different way. It’s a choose-your-own-event kind of thing. You can go upstairs or downstairs anywhere.”

A major challenge for the organizers relates to the building’s accessibility “It is over 60 years old,” Batavia reminds me. The whole project will be monitored closely by those with vested interests in accessibility, whether financial, or related to disability or language barriers.

“An inclusivity committee will basically rate us, looking at every way we’re succeeding and failing in our accessibility mission and then releasing a full report.”

Already the organizing team is getting feedback from the public that the event isn’t inclusive enough, pointing at the $16.50 price for some of the art shows. But Dhalla is heartened, not daunted, by the criticism.

“We’ve opened more doors than we knew existed,” he says, “and seeing more people talk about what it means to be inclusive is the whole point of what we’re doing. It’s hard not to feel vulnerable, but I think that discomfort is necessary to fully confront the reality so we can actually do something about it.”

CSI’s commitment to an inclusive city extends beyond the four-day Honest Goodbye event. For staters, it all fits into CSI’s own mandate to empower those working in social organizations through inclusivity.

“CSI believes that work can be done differently,” explains Dhalla. “We look for a diverse group of people to be in our spaces. We have 1,000 members, including virtual members, and intentionally foster a diverse space. If we all came from the same place and background and experience, we wouldn’t create anything new. We’d have echo chambers and tunnel syndrome. The fact that you and I are different but sharing space makes us more likely to be resilient, resourceful and creative.”

The plan is to build a long-term city-building campaign called Toronto For Everyone, which promotes diversity and inclusivity all over the city.

“Our vision is that An Honest Farewell becomes part of a bigger movement for inclusivity. Diversity is our greatest asset and inclusivity our greatest export,” says Sairafi. “How do we co-create the most diverse city in the world?”

The long-term plan is to build an innovators fund to support initiatives promoting inclusivity and an ally-ship series that helps launch spaces and creates conversations to learn how to become allies of various groups.

“What emerged from Honest Ed’s closing was a feeling that we’re losing something that was centred on community and inclusivity,” explains Dhalla. “We’re losing the physical space, but we can celebrate that legacy and even advance a vision forward.

“This is an homage to Ed’s that lives in a transition space between what was and what will be. Art can play an important role in imagining what’s possible. Through language and music, co-creation and collaboration, we can open our minds to what’s next.”

Over 50 artists’ installations and a carefully coordinated community hub in Honest Ed’s 160,000-square-foot space honour the store and its owners’ commitment to diversity and community. Here are some shows and talks guaranteed to inspire.

Jerry Rugg (aka birdO) and Stu use the placement of objects and type the words “create” and “destroy” to create a clever optical illusion that transforms the shoe department into a space that conveys both the Honest Ed’s brand and the extent to which it, and everything else, is ephemeral.

The Canadian musician performs on the theremin a sensation in the 20s. Like the festival, which seeks to create a future for Honest Ed’s legacy, Venice bring sthe past as represented by her instrument into the future.

Karen and Allen Kaeja’s Toronto-based troupe performs the dance equivalent of improv. Find an Honest Ed’s sign, bring it into their space and hold it up to inspire the dancers.

Collaborating with Theatre by Committee, the immersive company creates a site-specific piece that animates the store’s back areas the offices and other spaces you don’t see as a customer.

Topher Kong, alongside Stein Wong, repurposes items from Honest Ed’s much of it furniture to reimagine the future of housing and shelter. The result is a futuristic living room that acts as a lounge. All the furniture will be donated to the Furniture Bank.

One of Toronto’s most innovative theatre artists offers an audio tour. Riffing on the idea that access needs to apply to sound, the piece takes you to various areas in the maze where you hear stories of Honest Ed’s employees expertly voiced by Virgilia Griffith.

The Paris-born, Montreal-based Moroccan artist specializes in staging complex scenarios in which he plays all the characters, Here he works with the famous painting The Death Of General Wolfe, in which the Indigenous subject is obviously being left out of the narrative.

An Honest Farewell’s Community Hub has programmed panels and presentation designed to raise questions about Toronto’s history and pressing city-building issues. Registration is required for most of these events, and you’re limited to three in order to maximize accessibility.

Gentrification And Displacement In The City

A panel addresses the issues raised by neighbourhood change.

Six storytellers share their Honest Ed’s tales and encourage others to do the same.

The Benefits Of Bike Lanes On Bloor

The Urban Ecology Of Mirvish Village

Matthew Monteith talks about his photo mural The Theatre, and NOW photographer Tanja-Tiziana and Ilana Altman discuss their photography series documenting the changes in the Honest Ed’s neighbourhood.