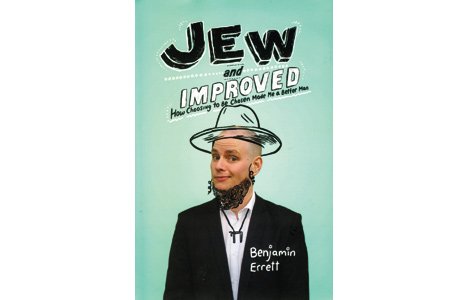 Benjamin Errett’s situation involves many sensitive issues, so writing about it with humour requires a deft touch. His memoir Jew And Improved: How Choosing To Be Chosen Made Me A Better Man ($29.99, HarperCollins) describes his process of converting to Judaism before getting married, and Errett does find the right tone. The book is funny but also self-aware, and he’s very informative about the details of becoming one of the “chosen people.” He launches the book tonight (Thursday, March 4) at the Drake. See Readings.