What A Toronto first - a freshwater edition of PangeaSeed Foundation's Sea Walls: Murals For Oceans. Where Twenty-one local and. 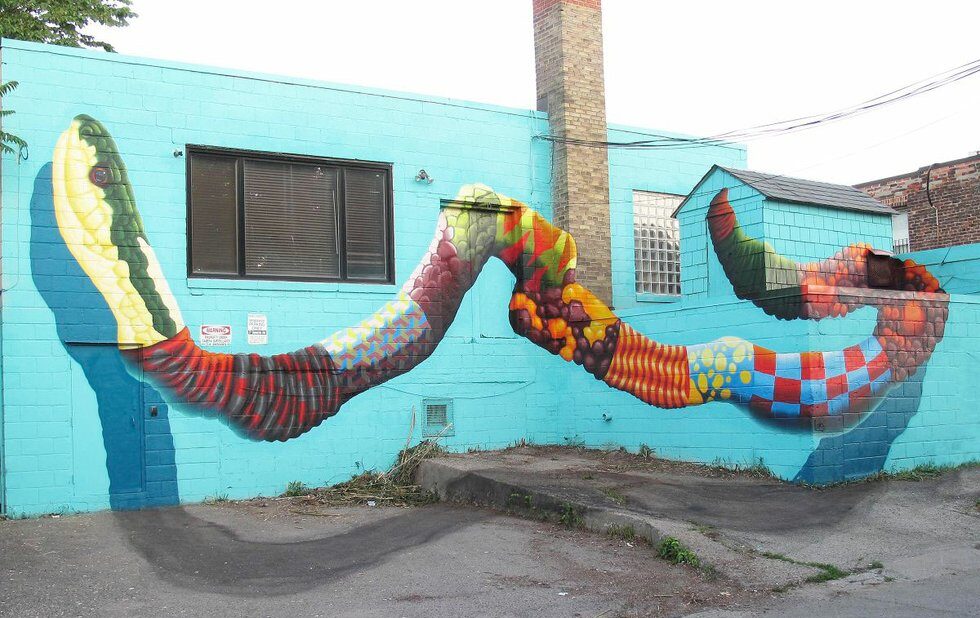 What A Toronto first – a freshwater edition of PangeaSeed Foundation’s Sea Walls: Murals For Oceans.

Where Twenty-one local and international artists have painted murals at three sites – Ossington and Queen, Spadina and Queen, and the mouth of the Don River.

Why To promote the power of public art and activism as well as increase public awareness of environmental issues facing the Great Lakes. The colourful works shed light on disappearing ecosystems and invasive species and pay homage to environmental visionary David Suzuki. Artists also worked with organizations such as Lake Ontario Waterkeeper and the Toronto and Region Conservation Authority to inform the artworks and promote specific initiatives such as shoreline cleanups.

250 Species of fish supported by the Great Lakes

How to get involved in loving the Great Lakes

Learn about ravines and wetlands (trca.ca).

Take a self-guided tour of the murals (loveletterprojects.com)

Compiled by NOW staff, with files from Devon Ostrom