Its been twenty years since we last experienced Arundhati Roys voice in fiction. Her seminal work, The God of Small. 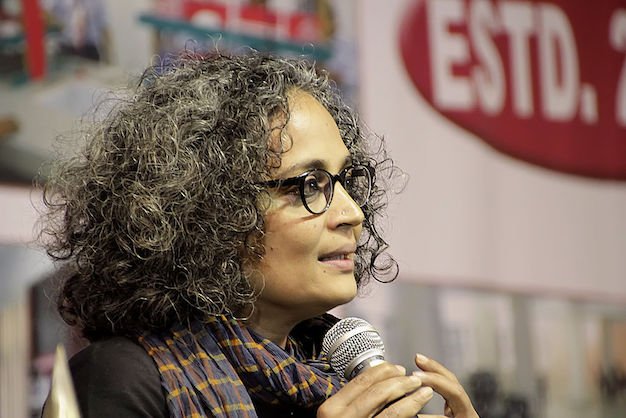 Its been twenty years since we last experienced Arundhati Roys voice in fiction. Her seminal work, The God of Small Things (1997), had an immense impact on readers around the world one that left many hungry for more of her work. With the hotly anticipated arrival of The Ministry of Utmost Happiness (due this month from Penguin Random House Canada), Roy returns with another breathtaking story that takes readers on a journey across the Indian sub-continent.

Those who only know Roys work as a novelist might ask, where has she been? In fact, during the intervening decades between these two novels, Roy has become one of the most essential and prolific writers on issues as far ranging as the costs of globalization, nuclear power, Kashmiri separatism and the Israeli-Palestinian conflict.

As the release of The Ministry of Utmost Happiness nears, we’re looking back on Roy’s most urgent calls for action and critical thinking on challenges facing her home country and communities around the world.

“It is such supreme folly to believe that nuclear weapons are deadly only if they’re used. The fact that they exist at all, their very presence in our lives, will wreak more havoc than we can begin to fathom. Nuclear weapons pervade our thinking. Control our behaviour. Administer our societies. Inform our dreams. They bury themselves like meat hooks deep in the base of our brains. They are purveyors of madness. They are the ultimate coloniser. Whiter than any white man that ever lived. The very heart of whiteness.”

– from The End of Imagination, published in Frontline, August 1998

“The trouble is that once America goes off to war, it can’t very well return without having fought one. If it doesn’t find its enemy, for the sake of the enraged folks back home, it will have to manufacture one. Once war begins, it will develop a momentum, a logic and a justification of its own, and we’ll lose sight of why it’s being fought in the first place.”

– from The Algebra of Infinite Justice, published in Outlook, October 2001

“Once the free market controls the economies of the Third World they become enmeshed in an elaborate, carefully calibrated system of economic inequality. Western countries flood the markets of poorer nations with their subsidized agricultural goods and other products with which local producers cannot possibly compete. Countries that have been plundered by colonizing regimes are steeped in debt to these same powers, and have to repay them at the rate of about $382 billion a year. The rich get richer and the poor get poorernot accidentally, but by design.”

– from People vs. Empire, published in In These Times, December 2004

The more the two sides try and call attention to their religious differences by slaughtering each other, the less there is to distinguish them from one another. They worship at the same altar. They’re both apostles of the same murderous god, whoever he is. In an atmosphere so vitiated, for anybody, and in particular the prime minister, to arbitrarily decree exactly where the cycle started is malevolent and irresponsible.

– from Democracy, published in the essay collection Listening to Grasshoppers: Field Notes on Democracy, 2010

“If the motion picture were an art form that involved the olfactory sensesin other words, if cinema smelledthen films like Slumdog Millionaire would not win Oscars. The stench of that kind of poverty wouldnt blend with the aroma of warm popcorn.”

– from The Trickledown Revolution, published in Outlook, September 2010

“Perhaps what surprised me most was that I found that almost half of the guerrilla army was made up of women. It was a very interesting story, how the Maoists had first approached the tribal women when they went into these areas more than thirty years ago. I spoke to the women and they told me about why they had joinedmost had witnessed the most horrible crimes against women by either paramilitary or vigilante organizations, while others had joined to escape patriarchal traditional societies.”

– from an interview with The Paris Review, published in November 2011

“[Dr. Saibaba] was incarcerated in the Nagpur central jail in its notorious Anda Cell, adding his name to the three hundred thousand undertrials who crowd our countrys prisons. In the midst of all the high theatre, his wheelchair was damaged. Dr Saibaba is what is known as 90 per cent disabled. In order to prevent his physical condition from further deteriorating, he needs constant care, physiotherapy and medication. Despite this, he was thrown into a bare cell (where he still remains) with nobody to assist him even to use the bathroom. He had to crawl around on all fours.

Visit the What to Read NOW Digital Residency to experience the best of Penguin Random House Canada, from book excerpts and event listings to NOW features and contests!