Ask a DJ: Greg Gow on Detroit techno and leading a double life 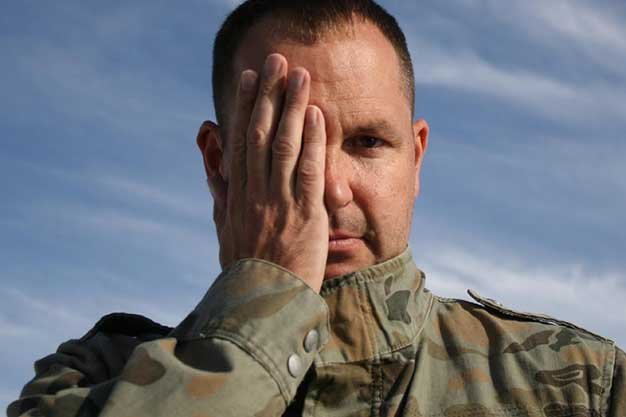 Greg Gow is a longtime staple in Toronto’s techno nightlife. From playing into the wee hours of the morning at the now-shuttered Guvernment Nightclub to pounding bass at Comfort Zone to playing massive festival sets like Creamfields Abu Dhabi and this weekend’s Digital Dreams Festival, he knows his way around this electronic music scene. And when he’s not playing late into the night, he’s busy running his own techno label, Restructured, releasing tracks that you can’t resist dancing to.

Gow credits his success to working alongside some of Detroit’s most famous techno masters, like Kevin Saunderson, Derrick May, and Robert Hood. This has given him a strong credibility and wide acceptance in a scene that is deeply rooted in influential talent. Gracing Toronto with his music and Detroit soul, his energy and carefully crafted sets continuously captivate listeners with dark tracks and grimy basslines.

We got to chat with the man himself to talk about what he learned from the Detroit techno scene, his double life, and where he feels most at home in the city.

It looks like you have a ton of events coming up. Running from city to city, to show after show – how do you manage to stay grounded?

Besides DJing, I also work at a public school. The two worlds sort of offset each other, in a sense. My nightlife is kind of crazy, but my days are pretty chill. The main thing is just trying to have a balance of both.

Wait, so you’re a teacher by day and a DJ by night?!

Yep! I teach Phys Ed at a public school to little kids. It’s fun because at school I play a lot of beats for the kids in the gym and they bounce around to it. It’s funny seeing what they’ll react to, sometimes they’ll yell, “This music has no words! What’s wrong with you?!” And I think, “This is perfect! I know what I’ll drop later on in my set.”

It wasn’t always techno for you though, was it? When you were first starting out as a teenager DJing, you used to play a lot of hip-hop and top 40. How did you transition into playing techno?

I started buying hip-hop records because that was just what I was into. I would go to events and they’d play hip-hop in one room and house in the other, but I really wasn’t too into it. Then, I went to university and got a gig at one of the clubs in London where I had to play a bit of everything. I played a bit of rock, hip-hop and a bit of dance music. A local radio station would play some house music and I liked it, so I would steal tracks from them for my sets and I eventually worked with them for a few years.

Then, I met some guys in Toronto that were going to school in Detroit and they got me to check out a few parties in there. That’s how I got exposed to Detroit techno. After that, I completely changed direction.

In Detroit, who had the biggest impact on you to convert you to the techno scene?

Well, it wasn’t so much someone as much as it was the sound. Detroit techno was very different than a lot of other things I was hearing at the time. The way that they would paint the same songs, but attack them with the EQ was just incredible.

Some people who influenced me were Derrick May, Rob Hood, and Kevin Saunderson. You’d see them all play at these parties and they would play records I knew, but the way they’d play them was so different. I felt like the music scene in Detroit was like school for me, I was learning different things like how to get the crowd going, how to work the bottom end of a track and chop out the mids, and stuff like that. That’s really how it got started for me.

It’s important to note that back then, they didn’t have mixers like they do now. Now, mixers can even mix a song for you but back in Detroit when I was learning, mixers usually had a couple lines on them and didn’t do a whole lot. With those guys, it was using the technology to make the song sound different using EQs and techniques like that. Everything they played had an element of soul in it, even if it was hard and driving, it always had some sort of element that hit you right in the heart.

Let’s fast forward to your time playing at the now closed Guvernment – what was that moment in your career like?

I came in to play at Guv for quite a while. I wasn’t a resident, but I would play the more techno nights they had. I remember playing a party with Carl Cox and Marco Bailey, back in 2005 or 2006, all on one lineup, which is insane now that you think about it. Now you’d be lucky enough to see one play. I’ve played every room in that place, but my most memorable time was a Restructured night where we played late night techno. It was so much fun. I was sad to see it end, because people were always up for it. Not everyone who came out knew the music, but they were always up for it and that was the main thing.

You play all over Toronto, from underground at Comfort Zone, to Coda, to big festivals like Digital Dreams. I have to ask – what place do you feel most at home?

I’d say my favorite spot, which is unfortunately closed, was Footwork because of its size. The interaction you could have with the crowd was a completely different experience than playing for a big crowd. With big crowds, you have to pick a few people to focus on and play to that, but at Footwork people were right in your face and all around you. I always liked those parties better because you can really touch people with your music and it’s a lot more fun to interact.

Don’t get me wrong, playing at Guv was awesome but it’s a totally different thing. Being up on stage means it’s impossible for anyone to get close, and at a small venue you can definitely connect. My favorite sized spots hold 400 to 600 people.

Anything you want to add about your experience in the scene?

The Toronto scene has really evolved and there are many people who have made their mark locally and nationally. Toronto has really made it across the board, not just for techno but all kinds of electronic artists. It’s nice to see that Toronto artists are really out there and accepted.

Catch Greg Gow playing at Bud Light Digital Dreams this Sunday. Or If you prefer a more intimate venue, you can see him play at NEST on July 8 with Jamie Kidd and Mike Gibbs.