Playing his fourth open-to-close in Toronto, the DJ is no stranger to playing all night long 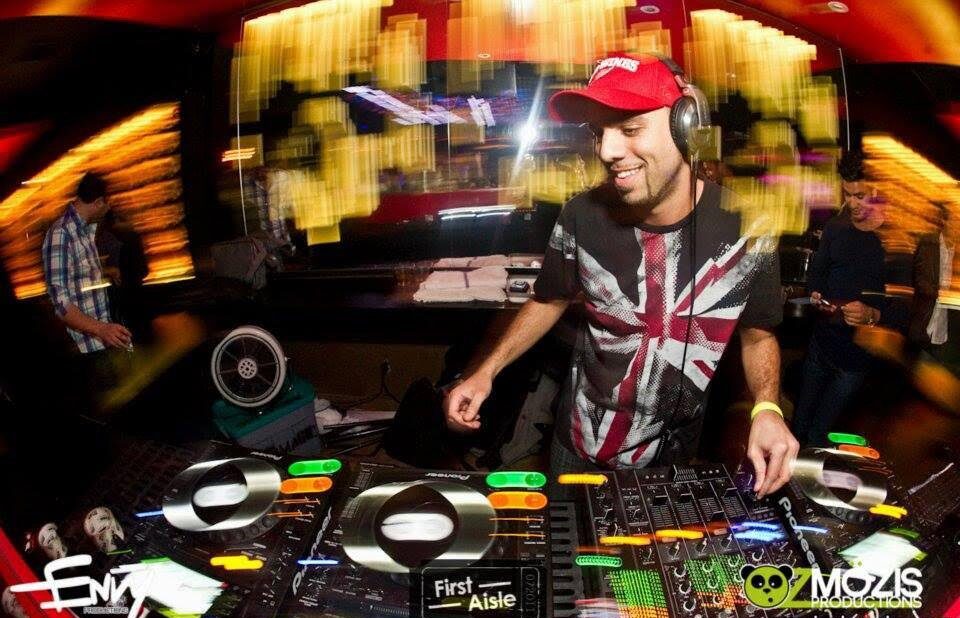 Whether you’re a techno enthusiast or a trance addict, Kris Morton is a Toronto DJ you should have at the top of on your list. One of the most versatile in the city, he’s been playing in the Toronto dance music scene for years alongside massive names such as John O’Callaghan, John 00 Fleming, Jordan Suckley and Astrix (to name a few). He also just released a dreamy new track Orbital under Mark Sherry’s label Outburst Records.

His high level of energy behind the decks easily commands attention from the dance floor as he takes his listeners on a journey through his sets, whether opening for a big name, playing alongside a buddy, or taking control of an entire evening on his own.

This Saturday, Morton will play his fourth open-to-close set (six hours, non-stop) at Toika. We found out how the DJ lasts behind the decks for hours, plus the ins-and-outs of playing a full night dedicated to his sound.

It’s exhilarating. Having the musical freedom to play almost anything is something every DJ strives for, but only some can do. You can’t get caught up in your own world when you play for that long – you have to constantly stay connected with the dance floor. It’s not as easy as just bringing enough music for the night, it’s about playing the right music at the right time. What you want to play doesn’t always translate to what people want to hear, even if it’s something you think is kickass. Timing and experience is crucial for these types of nights. It’s something I’ve worked hard for and I couldn’t be more excited for the gig this summer!

Your set at Toika will be six hours straight. What’s your secret to keeping your energy up for hours when standing behind the decks?

Honestly, it’s something I don’t even really think about until it gets to hour five or six. It’s just as easy for a DJ as it is for a clubber to get lost in the music for hours on end without thinking how it’s physically taking a toll on you. I try to live in each and every moment and knowing that people are counting on me to provide them with a night to remember – that usually gives me all the adrenaline I need to keep going. Water and Gatorade also help!

If you could share the decks with one DJ during your open-to-close set, who would it be?

Alex Di Stefano, Mark Sherry, John 00 Fleming, Carl Cox — should I go on? [laughs] Honestly, even though I feel like I share the same style as those DJs, as long as an artist has the ability and know-how how to work the decks and the dance floor at the same time, I’d welcome the chance to play with most DJs. But, I have to give a special shout out to my Toronto counterpart, Flux (we go by Mr. Magoo together). We’ve done some real damage on the decks before, and it’s always a good time playing with him.

I usually don’t like to give away my secret weapons since it’s always a great feeling when people afterwards tell me how surprised they were to hear certain tracks. It makes the night more special for them! Let’s just say that I’ve got a few in mind that people really rave about, and a few that people have probably never heard in their life.

Is there an artist you would love to see play an open-to-close set here in Toronto?

Carl Cox. I’ve never seen him play an open-to-close set before and I’ve probably seen him about 15 to 20 times now! I think that would be something really special.

You’ve been playing music in Toronto for years now. What’s your favourite thing about the local electronic scene?

It’s diverse. It’s great when you have an older generation of clubbers that reminiscence about the old rave days, yet still go out and support their friends and favorite artists today. Then you have the next generation of party people that love what they have today, but still wish they could’ve been around 20 years ago too. There’s something really special about this city and its appreciation for good music and talented artists, no matter what genre.

For anyone brave enough to try and make it through your whole set, what’s one tip you’d give them?

Prepare for a journey that will move your body and soothe your soul – and bring comfortable shoes!

Find out more about the open-to-close set at Toika here. Cover is free for women and $5 for men. The night starts at 10 pm and goes until the wee hours of the morning.