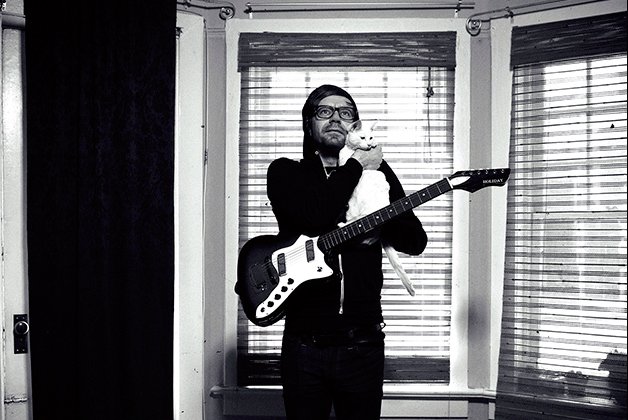 Last summer, Extra Happy Ghost!!! mastermind Matthew Swann sent out demos of his new solo project, Astral Swans, to a slew of experimentally minded indie labels. He waited and waited, hearing back from none of them. Four months later, Vancouver folk rock powerhouse Dan Mangan contacted him out of the blue. He’d liked what he heard, and asked for more.

“It was weird,” says Swann from his home in Calgary, “because no one really gets into my stuff. Funnily, the only other time someone really seemed to like my shit was when [Chad] VanGaalen got into the first Extra Happy Ghost!!! record, which led to him producing [2011’s] Modern Horses, which was my other lucky music moment.”

For a musician primarily influenced by “art created by the mentally ill and people in the midst of religious or drug experiences,” Swann’s partnership with Mangan’s new label, Madic, which is in itself a partnership with Arts & Crafts, is awesomely unexpected. The Astral Swans record, All My Favourite Singers Are Willie Nelson, will be Madic’s inaugural full-length release, out this fall and preceded by the March-released 7-inch You Carry A Sickness/Park Street.

“Astral Swans still has experimental elements, but my main concern is the songs,” Swann explains. “I want to write songs that are honest and sincere expressions of my own bizarre personhood. I get anxious a lot. I get paranoid a lot. I get depressed a lot. I feel compassion and empathy a lot. I’m scared to die. I’m impulsive. I make shitty mistakes.

“With EHG!!! I approach all of that through atonality and lower production [values]. With Astral Swans, I’m trying to convey that shit as beautifully as I can – singing well and with higher production, without getting too slick.”

So was signing a record contract a giant thrill?

“I definitely signed the contract with the chocolate end of a Pocky stick,” Swann says. “It’s on my Instagram. And then I had to make sure it was legally binding, which it totally is. Dan hadn’t even seen me play live at that point, but it was too late. The chocolate had dried.”