At last, an Oscar night with Gravity 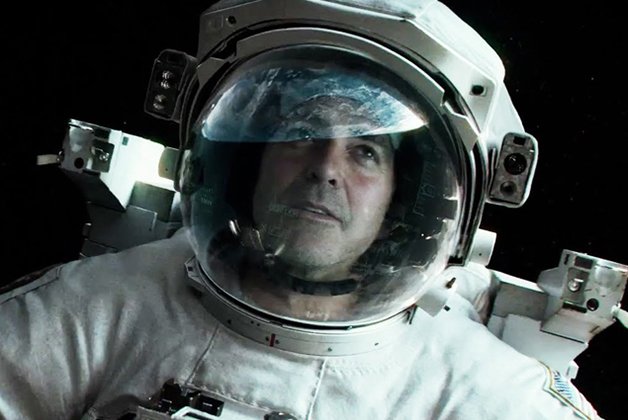 Yeah, yeah, this year the Oscars ran three and a half hours and took up far too much time with inconsequential montages and bizarre stumbles and unpleasant reminders that the newer parts of our bodies kinda stand out in high-definition.

But something new happened this year: 12 Years A Slave went from sure thing to long shot around two hours in to the ceremony, and its last-minute resurgence for the Best Picture prize was downright thrilling.

As the night went on and Gravity racked up one technical award after another – Sound Editing, Sound Mixing, Visual Effects, Original Score – things remained calm. No one expected Steve McQueen’s harrowing study of a free man’s enslavement in the 1840s to be much of a contender in those categories, and Gravity’s technical accomplishments are, in some cases, literally unprecedented.

But when Gravity took Best Film Editing and Best Cinematography, the buzz shifted directions. Alfonso Cuarón was the favourite to win Best Director – so much so that when the orchestra cut him off during his acceptance speech for Film Editing, half of Twitter assumed he’d finish it on his return trip to the podium. But the rumbling began: could Gravity keep rolling and take Best Picture, too?

Ultimately, no. As I’ve been saying for months, the Academy never gives the top prize to anything that even smacks of science fiction. And while Gravity tells a totally contemporary story – Cuarón told me at the Toronto Film Festival that it obviously takes place a couple of years in the past, when NASA had a functioning space shuttle program – all the space stuff was a clear turnoff to the Academy.

I’d be willing to bet that 12 Years A Slave benefitted from Fox Searchlight’s aggressive DVD mailings to Academy members Warner sent Gravity around as well, but it’s a movie you really need to see on a big screen, and preferably in 3D. McQueen’s film doesn’t lose as much of its impact when it’s scaled down to a home presentation.

I have a feeling Ridley’s apparent snub of his director won’t prove as contentious as Cate Blanchett’s thanking of hers. The Best Actress winner’s praise of Blue Jasmine writer-director Woody Allen will launch a thousand thumbsuckers about whether artists should support each other during scandals, most of them ignoring the fact that the Academy is the same body that gave convicted child rapist and fugitive-from-justice Roman Polanski its Best Director prize a decade ago.

It’s likely Academy members spent more time thinking about whether to honour Blanchett for her egregious scenery-chewing than they did worrying about the controversy surrounding her director. Allen never had a real shot at winning Best Original Screenplay his nomination for a subpar Tennessee Williams knockoff felt like a reflex action in January. And it was great to see Spike Jonze take that prize for Her, a challenging and soulful examination of relationships that just happens to be a compelling work of speculative fiction. (It’s certainly far more of a sci-fi work than Gravity.)

Jean-Marc Vallée’s Dallas Buyers Club was the night’s other big winner, with Matthew McConaughey and Jared Leto winning Best Actor and Best Supporting Actor, respectively, and the film picking up Best Makeup and Hairstyling as well. I would have rather seen the Actor prize go to Chiwetel Ejiofor, who is utterly devastating in 12 Years A Slave, but this was simply McConaughey’s time. And Leto, who matched him pound for lost pound, was the clear favourite for Supporting Actor from the get-go, having spent months racking up critics’ awards, including one from Toronto.

The Great Gatsby won Best Production Design and Best Costume Design, retroactively justifying its existence – and making Warner Bros. the undisputed winner of the evening, with 10 Oscars in total. Disney’s Frozen won Best Original Song and Best Animated Feature, and Italy’s The Great Beauty took Best Foreign-Language Feature these awards weren’t exactly preordained, but neither did they really surprise anybody.

I was more surprised when 20 Feet From Stardom took Best Documentary over The Act Of Killing. Yes, 20 Feet From Stardom is entertaining and bouncy, but The Act Of Killing is a work of art, and the Documentary category is one of the slots that’s often able to reward genuinely exceptional filmmaking. Not this year, though … but 20 Feet’s win did lead to the sight of Darlene Love belting out a gospel tune from the stage of the Dolby Theater, triggering the evening’s first truly enthusiastic standing ovation.

Yeah, about the show itself. Ellen DeGeneres was a game host, her self-effacing manner nicely undercutting the enormous self-regard of the evening … but after the first 90 minutes, she was just another drag on the running time, fumbling through an undercooked bit about serving pizza to the hungry people in the front row and taking a selfie with her Samsung phone in the night’s second most awkward piece of product placement. (The first was the shameless pimping of The Wizard Of Oz – now available on Blu-ray in a restored 75th-anniversary edition, folks! – with Judy Garland’s famous and less famous children being serenaded with a rendition of Over The Rainbow by Pink. Good song, good performance, entirely unnecessary to the evening.)

A lot of the show had that same “wait, why?” quality: the evening was organized around a theme of heroes that never quite gelled, but allowed for two lengthy montages of movies that somehow typified heroism – the first built around films based on true stories, the second on superheroes that found a way to include clips from Jaws, Raiders Of The Lost Ark and Back To The Future. Maybe the night’s real hero was Steven Spielberg.

It certainly wasn’t Rob Ford, who spent the hours before the Oscars wandering around Hollywood Blvd. in the general vicinity of the Dolby Theater complex, hoping people would recognize him and buying a cheap tuxedo for a cameo appearance on Jimmy Kimmel’s post-Oscar show. He’s supposed to be on for a full guest spot on Monday night. But for all I know, Ford won’t even make it to the studio, since his announced plan for tonight is to attend some Oscar parties.

But that’s Rob Ford for you somehow he makes everything all about him. Even the Oscars. But on Tuesday, 12 Years A Slave will hit Blu-ray a Best Picture winner, and Rob will be on his way back home, trying to figure out how to sneak his stash through customs. La plus ça change, and all that.