No bartering, no trading, no selling, no shoving: welcome to a moneyless exchange dedicated to building a free market that’s actually free 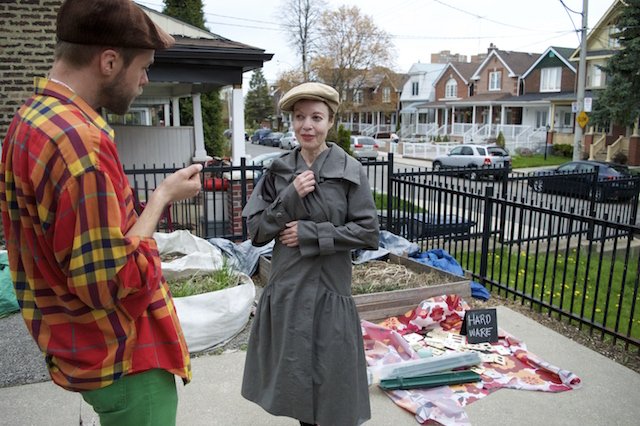 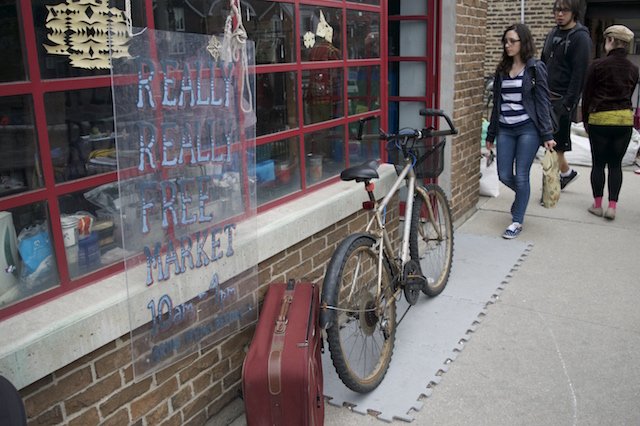 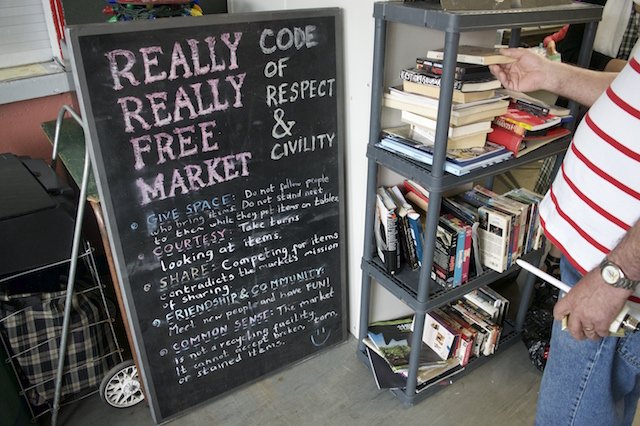 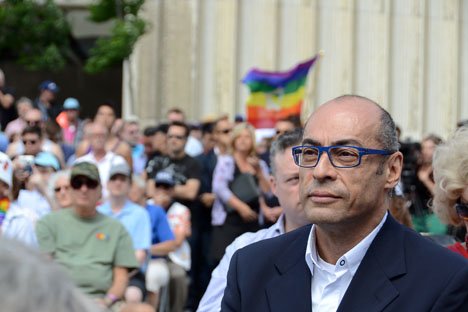 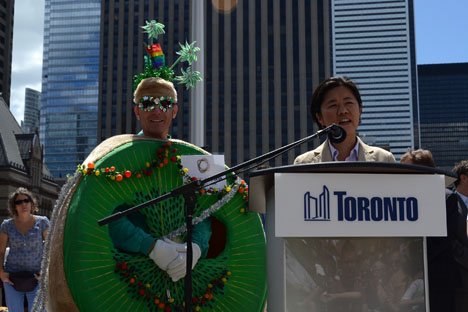 One Saturday a month, a handful of volunteers turn the Campbell Park Community Centre into a haven for recyclers, free market rebels of a different kind, and bargain-hunters. The rules are simple: bring usable goods you no longer need and take home items you do. No bartering, no trading, no selling, no shoving.

“Instead of having money as a medium, we cut it out entirely,” says Patty Wong, a volunteer with Really Really Free Market, a moneyless exchange dedicated to building a free market that’s actually free. There’s no cash on site at all — even the park permit is issued free of charge.

Winter boots, a bicycle chain, light fixtures, and even a canister of fish food have all made it onto the display tables. People browse, inspect, and take or deposit at will. Today a filmmaker models a trench coat as a gaggle of parents and kids pop in for books, leaving bags of baby clothes for newer moms and dads.

In an age of Uber and Airbnb, we’re seemingly learning to let others use what we’ve got. Yet researchers warn about confusing the idea of a “sharing economy” with a system built on tenets of mutual support.

Companies like Uber don’t offer the chance to share property or services, argues Craig Borowiak, a Pennsylvania-based political scientist. Instead, these businesses provide a platform for users to rent out their resources, effectively allowing anyone with excess stuff to operate as an independent contractor. The so-called sharing economy “reflects an extension of capitalist markets into new domains of social life, such that a spare couch becomes a way to make a profit.” Borowiak says.

So although a shift away from traditional trading structures means spending time sharing the personal homes or vehicles of a stranger, this new mode of distributing goods hasn’t changed the basic structure of the free market: it’s still driven by “competitive individualism, exploitation and blind profit-maximizing.”

Under this definition even the popular Millennial online “trading post” Bunz, famous for its strict no-cash rule, involves a profit motive, encouraging users to calculate the worth of an old pair of Docs in bottles of home-brewed wine and bus tokens.

A gift or “solidarity” economy, in contrast, doesn’t play tit for tat.

Leonora Wisdom, a resident of the Campbell Park area for the last 20 years, sees value in the concept, praising the Really Really Free Market for its distributive power. Somehow, organizers always end up with more stuff than they started with.

“In this neighbourhood we have shelters and people living in rooming houses, and they don’t have a lot,” says Wisdom, stressing the importance of the market in providing greater access to essential items as she browses kitchenware.

Unlike the second-hand stores peppered along the nearby stretch of Bloor Street, she adds, the non-commercial nature of the market fosters interaction between strangers and brings the community together.

The market, according to organizer Suzan Poyraz, had a two-pronged vision at its launch four years ago. She says the venture aimed to provide a place where participants could give without expecting anything in return. The other aim “was to become, in an extremely modest way, part of the circular economy,” so that items might be reused throughout a community rather than dumped or destroyed.

Ultimately, the sharing-and-caring function of the market is grounded in a broader philosophy of economics. “The Really Really Free Market isn’t just about free stuff,” says founder Mai Nguyen.

Although markets like this one have seen success south of the border over the last decade, the Campbell Park iteration got off to a rockier start. Nguyen was turned away from other parks, including Dufferin Grove and Riverside, amid management restructuring in the parks department that took away power from local parks staff over programming. After a dogged search, Nguyen found a home for the market at this small west-end facility.

It’s since gotten better at Dufferin Grove, according to Margaret Kohn, professor of political theory at University of Toronto, but the rise of inclusive public events “was accomplished without the benefit of enabling legislation, which has made it an on-going struggle,” she says.

Shifting the responsibility from civic planners to locals through legislation might give residents power to shape public spaces to serve their own unique needs. Kohn points to an experiment in Italy looking to relax urban commons regulations as a possible solution to the challenges in Toronto.

“We really did manage to attract many diverse participants from the start, and it’s only grown,” says Nguyen. “This shows that communities can work together, altruistically give, and use public space in a sustainable way.”