At The Gates at The Phoenix

The best of different genres all in one lineup 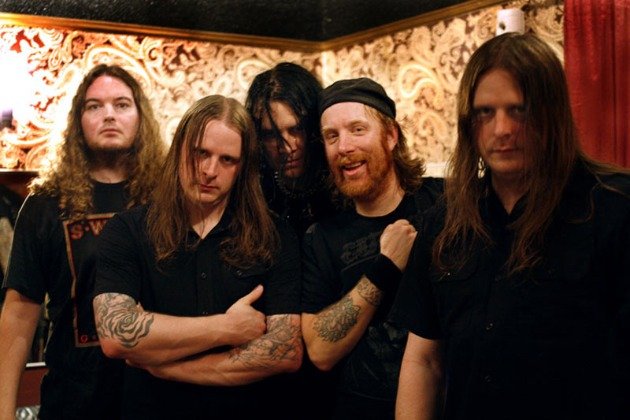 AT THE GATES with CONVERGE, PALLBEARER and VALLENFYRE at the Phoenix, Wednesday, April 8. Rating: NNNN

Okay. So remember those shows you went to in high school, where there was a band from every genre you liked or sorta liked: a metal band, a hardcore band, a different type of metal band, a band you got there too late to see. Then imagine each of those bands was the best band in that genre. That’s this year’s Decibel Tour.

Underwritten by arguably the biggest metal mag, this year’s travelling carnival of loudness was impressively diverse: British death metallers Vallenfyre (who I missed), soaring doom heavies Pallbearer, high school hardcore mainstays Converge and seminal Swedish melodic death metal band At the Gates. Pallbearer brought the dread, in spite of their bassist not making it across the border. Converge brought the angsty mosh pits and At the Gates brought the fun, howl-along choruses and also the mosh pits.

Seeing At the Gates perform new music from last year’s comeback At War With Reality was a unique pleasure for those of us who have seen them play the same greatest hits set for the past few tours. But the crowd got rowdiest for songs from 1995’s Slaughter Of The Soul, one of the best metal albums ever (which makes it one of the best albums, full stop, ever). It’s never not a thrill to chant “Suicide! Suicide!” during Suicide Nation.

Converge were also awesome, even if singer Jacob Bannon couldn’t quite hit those melodic bits on closer Jane Doe. And the fact that the bands shouted out local heroes Burning Love, Fucked Up, Sacrifice and No Warning made this stop on the lengthy Decibel Tour seem extra-special. Sure, it scans like hometown crowd pandering. But we’ll take it.

At The Gates Converge Pallbearer The Phoenix Vallenfyre