Wind-ups and put-downs: getting your bike serviced can be an unpleasant ordeal for women 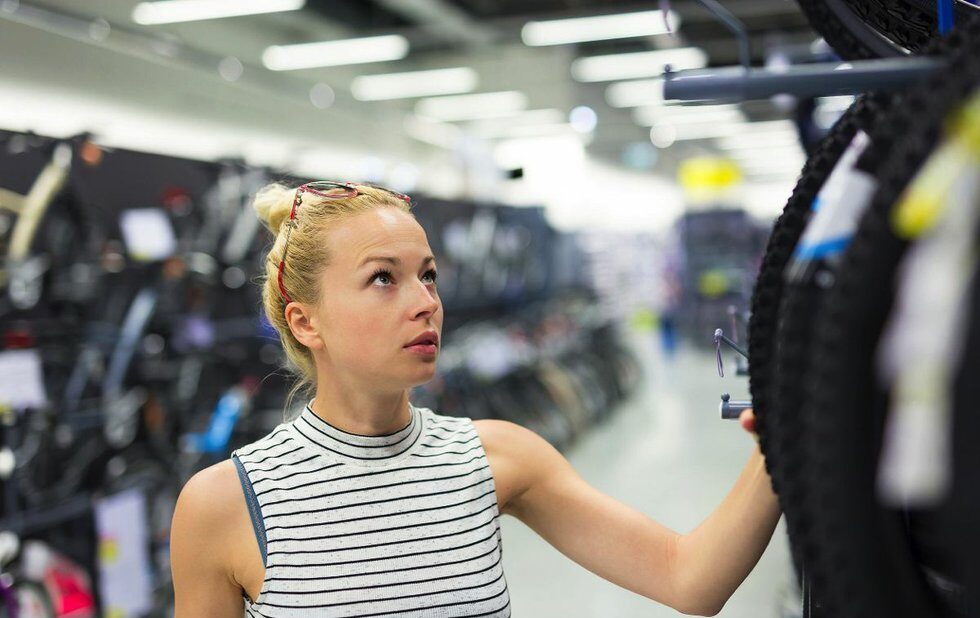 Women are the fastest growing demographic in cycling, but you wouldn't know that from the service at some shops.

Women are not a rarity in cycling: we represent almost half of Toronto’s cycling population. In fact, women (both young and older) are the fastest-growing demographic in cycling in the city.

But we still face obstacles when it comes to getting bike repairs.

Many shops still have an exclusive vibe. Patrons can feel as though they need a secret password or map simply to find the service area.

What can be done? Although, the idea of women in the bike industry is a welcome one, right now female mechanics are almost as rare as unicorns.

We interviewed four women for this story, all of whom have been riding in the city for many years.

Michelle and the case of the flat tire

“One or two bad experiences in a bike shop can change our view of all bike shops,” says Michelle.

“It’s a male-dominated workplace. You get inside and wait for some kind of direction, then find out you need an appointment.

“Let me tell you about the time I got a flat – five times, on the same tire that had been repaired by the same shop. I decided to put my concerns in writing.

“I really felt like an idiot for repeatedly going back to this store. I even bought a new rim at their suggestion to help ensure that I wouldn’t get another flat. Unfortunately, I don’t feel empowered enough in the bike shop setting to combat mansplaining. But after four flats, I’d truly had enough.”

Excerpt from an e-mail Michelle sent to the shop:

1. A flat happened, I brought it in, it was repaired.

2. About a day or two later my tire was flat again. I brought it in and was told I needed a new wheel and tire (and tube, of course). Bought all that and it was repaired.

3. A few days later I brought it in for the spring tune-up. I didn’t have a flat when I brought it in. When I picked it up after the tune-up, about a week later, it was flat again after it was brought up from the basement. It was repaired. I took it home and stored it inside. I went on a trip without my bike for four weeks.

4. I came home from my trip. I filled my tires. I rode the bike for a few days. Then it went flat again (always a slow flat).

5. Now wondering what to do.

“It was frustrating spending all that money. In the end, after five flats and buying a new rim, it turned out that they had a batch of bad tubes, or so they said.”

“My current shop is great. But I had to go to closer one when I had a flat recently.

“I instantly felt really uncomfortable. A bunch of gross guys were standing at the back, drinking and smoking. I should’ve left.

“But I needed to get my tire fixed. They said it would take a couple of days. They told me how much it would cost, said they’d call me when it was ready. Then one of the guys said with a stupid laugh, ‘You know we’re probably gonna call you in the middle of the night.’ And they all thought that was really funny.

“I’ve had that happen before and I just put it back on myself, but this time I couldn’t get it back on, so I popped into my preferred shop and asked if they could help me with my chain.

“They helped me right away and asked, ‘Who worked on your bike?’ They didn’t put your wheel back on properly. You’re lucky it didn’t fall off.’

“At my preferred shop where they fixed my chain, the first person who talked to me was a woman. I bought a helmet on my way out, too. They were very professional and pleasant like most shops in Toronto are.”

“I feel out of place when I go into most bike shops. Men need to realize that if they don’t treat women like idiots from the get-go, they’ll get more positive responses from us.

“I used to go to a DIY bike repair place because I thought it would be cool and very useful to learn, but the guy who worked there was so condescending. I told him I was doing a triathlon, and he tried to sell me a bike that could have been an antique. It was barely acceptable for my usual 8 kilometre daily commute, let alone a competitive event.”

Buffy: no pain, no mansplainin’

“A new bike shop opened in the ‘hood, and I wanted to give them some business. I have fancy components on a fairly tight frame. I know it’s a pain to install a basket on my custom made bike, so when I needed a new one I suggested they follow the same set-up that was already there, which included some zip ties.

“The mechanic complained when I called to check if the bike was ready. He said he had not been able to install the new basket.

“I let him vent a bit about why and how it was so hard, ‘near impossible,’ to attach a basket to my super-fat bars and funky forks. When he was finally done, I said, ‘So you are saying you can’t do it? Okay. You’ll just have to leave the old [broken] basket on there.’

“I went in after work and it was done. Great, right?

“Skip ahead a few days and I notice my tire is rubbing on the brake pads. I figured he jammed the basket on in an awkward way and somehow squeezed the brakes, but did I really know what was wrong? No. But I did have the common sense and experience riding 20 years to know something was rubbing and slowing me down and probably doing some damage. So I planned to go back to the shop later.

“In the meantime, I simply adjusted the brakes myself, pulled them out manually and turned the little lug on the cable, because I really wanted to go for a nice ride that day.

“It kept rubbing, though. So I let some air out of the tire, hoping it wouldn’t rub as hard and would be easier to pedal. I headed back to the shop, aborting my mission to ride the trails that day.

“At the busy shop, I made my way to the back and got the attention of one of the mechanics. As I began to explain my issue, another customer just butted in front and interrupted me. He had an expensive, clean road bike and was wearing a full kit – I mean, could I not see that he had a penis? Of course he needed to get his problem heard ASAP, because, you know, he has a better bike and speaks the same language as the mechanic.

“So I waited, while burning two holes in the back of spandex kit’s head with my eyes, and then when they were done, the mechanic put my bike on the stand.

“Then he said, ‘Well, before anything else, I’ll tell you what your problem is here: your air pressure. You need to put more air in your tires.’

“Barely concealing my rage, I explained that I let the air out so I could ride back here from the Don without my tire getting blown out from the rubbing. He suggested removing my fender. I have fenders so I don’t get wet when it rains, and the brakes worked fine before they added the new basket, I explained. He then just bent my fender and said, ‘There, all fixed up now.’ He might as well have patted me on the head. I left feeling dejected, and my wheel (or brakes) started rubbing again a few days later.

“I really wanted to support the new local bike shop. But then that happened.”

With files from Rhiann Moore.