AVENGERS: AGE OF ULTRON written and directed by. 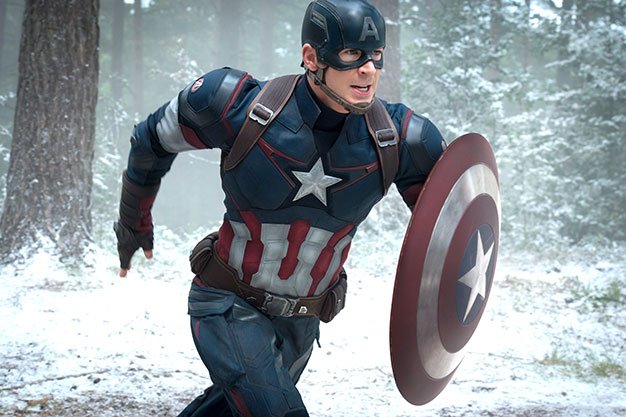 Where to watch: iTunes Netflix

Avengers: Age Of Ultron is a great big superhero team-up smackdown juggling a dozen or so key Marvel characters in a battle for the fate of all life on Earth.

The action sequences are appropriately spectacular, particularly a tiff between the Hulk and Iron Man that threatens to level Johannesburg.  And the core character relationships remain sound. Writer/director Joss Whedon’s dialogue is as lively as ever, and his comic-relief running gags are effortless. But you can really feel him working to satisfy the fan base and set up the next movies, as Marvel Studios moves into its third and most ambitious phase.

Some of the world-building is nice, as Hawkeye finally gets some shading and Black Widow opens up to the Hulk’s alter-ego Bruce Banner. But some of it is just dopey, with a lot of hand-waving about S.H.I.E.L.D.’s fortunes after the events of The Winter Soldier last year. And while the CG menace of Ultron is impressive, certain other comic-book concepts look kinda silly when realized in three ­dimensions.

Paul Bettany’s impassive delivery is perfect for the android Vision, but the actor himself just looks ridiculous floating with a red face and a flowing cape, and Elizabeth Olsen and Aaron Taylor-Johnson have to do a lot with very little as the morally ambiguous super-siblings Quicksilver and the Scarlet Witch.

Of course, everyone has to do a lot with a little in a movie like this, which is a sequel not only to The Avengers but to every Marvel movie that followed it. (Yes, even Guardians Of The Galaxy.) And after the remarkable range of tones and textures of those movies, which also included life-changing solo outings for Iron Man, Thor and Captain America, Avengers: Age Of Ultron feels like a step back.

That isn’t to say I didn’t enjoy myself. I just didn’t feel Marvel trying to do anything different this time around.