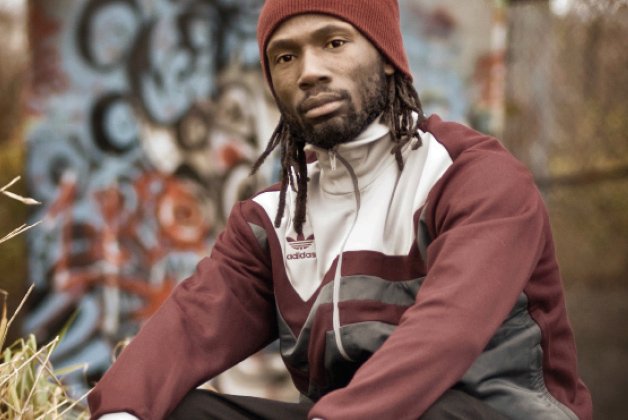 Crazy Smooth, aka Yvon Soglo, was inspired to dance by the 80s flick Breakin’.

Street dancing and b-boying are more popular than ever thanks to reality TV shows and those slick Step Up sequels. That’s fine, says one of Canada’s leading urban dance choreographers, but there’s a lot more to the art form than a clip on So You Think You Can Dance.

“The film phenomenon is great in that it exposes people to the dance,” says Crazy Smooth, aka Yvon Soglo, whose troupe Bboyizm rolls into town this weekend for two shows. “But there’s a difference between a two- or three-minute routine and the kind of show we do, which is about an hour, in a theatre, no intermission. It’s not just about backflips and head spins. It goes deeper, makes you feel something, makes you reflect.”

Crazy Smooth and Bboyizm shook up Canada’s contemporary dance scene several years ago with the full-length b-boy show IZM, which toured the country, earned raves, sold out shows and was nominated for a Dora Award.

Now they’re back with Music Creates Opportunity, expanding the vocabulary of that first show to include not just b-boying but also rocking, house dance and pantsula, a street dance form from Soweto, South Africa.

“I noticed how for street dancers, music is at the base of everything,” says the Gatineau-based choreographer on the phone from the troupe’s latest stop, Kitchener. “But the same piece of music makes everyone move in a different way. You’ll have a different interpretation or take on it.”

This kind of open-minded philosophy informs the company, whose motto is “Dance to express, not to impress.” That might seem antithetical to the strutting and grandstanding involved in battles and jams, but Soglo sets me straight.

“Sometimes a battle is not a confrontation – you’re just trying to keep the energy of a circle going, keep the party alive,” he says. “The nature of this dance form is a social gathering, of people coming together. Bboyizm is all about trying to express yourself fully and be true to yourself. Whether what you’re feeling is anger or happiness, let it out and be pure with your intentions.”

When I ask how he got his nickname, he laughs.

“It was given to me by another dancer, T-Swift, a legendary b-boy from Montreal,” he says.

After a battle, T-Swift, aka Technical Swift, asked him what his b-boy name was, and Soglo told him he didn’t have one.

Crazy Smooth was heavily into basketball and soccer before a friend’s copy of the 1984 film Breakin’ changed his life by showing him a kind of dance he could see himself doing.

Is this particular dance form harder on the body than others?

“I can’t speak for other dances because I haven’t trained in ballet or contemporary,” he says. “But I think anything where there’s repetitive movement, whether dance or sport or typing on a keyboard, produces wear and tear on the body. But I know b-boys dancing in their 50s, still doing backflips.

“It’s all in how you take care of yourself, maintaining your body and soul.”

Crazy Smooth on how he got interested in dance:

On the popularity of urban dance movies:

On the importance of community outreach: