B. A. Johnston - Shit SucksMammoth CavePull up your mom jeans, strap on some open-toed shoes and get ready to. 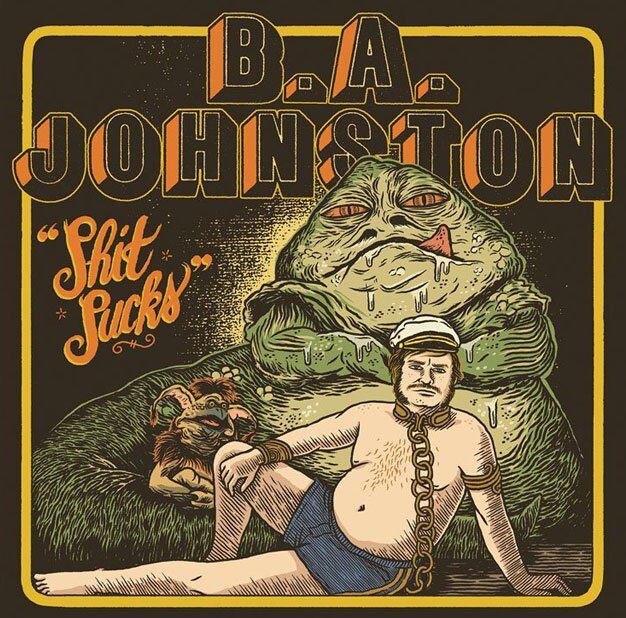 B. A. Johnston – Shit Sucks

Pull up your mom jeans, strap on some open-toed shoes and get ready to dance: Hamilton’s trash poet laureate B.A. Johnston is back with Shit Sucks, about couch potatodom, aging and other crap.

Johnston’s one- and two-minute songs criticize the awfulness that lies just under the surface of life, like killer commutes, No Frills lineups and losing track of when garbage day is. The man who once sang lovingly about the deep-fryer in his bedroom continues to push the envelope with junk-food-and-love metaphors: the person he can’t quit is as addictive as Ikea hot dogs, and he makes the idea of gorging solo on pizza sound illicit.

Johnston probably chuckles as he crams words into his choruses, and having sweet-voiced Laura Peek sing along on them makes them even funnier. Produced and mixed by Mike O’Neill, Shit Sucks gets seriously good when, on What A Wonderfully Mediocre Day, Johnston exorcises the pain of feeling half-alive over Nathan Pilon’s beats and then follows up with an acoustic love song.