A group of female skateboarders are taking over. 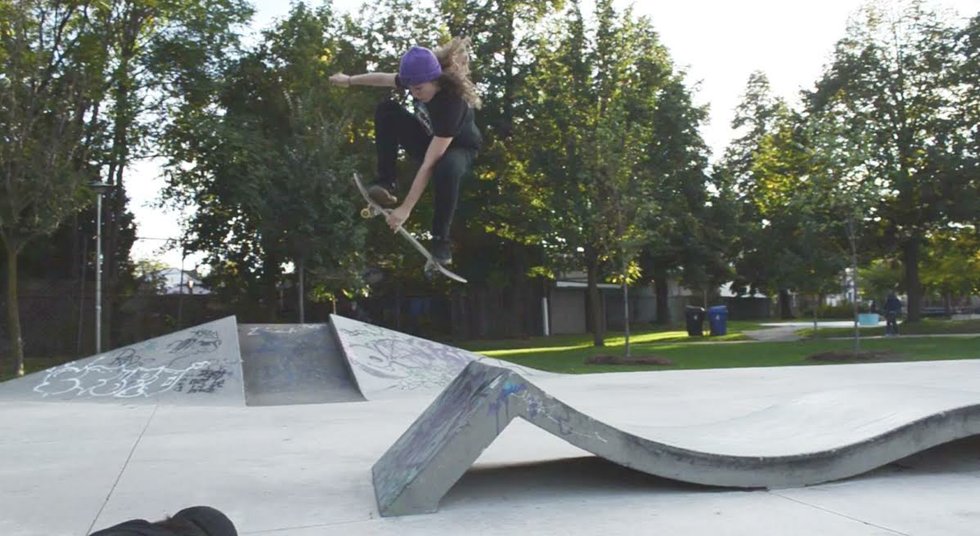 A group of female skateboarders are taking over Toronto’s skate parks in hopes to make the sport more inclusive for women.

Babes Brigade was formed in August 2015, and the purpose of it was to create a space for girls to make friends and help each other with skateboarding tricks.

Stephanie Battieste, the founder of Babes Brigade, says she created the group because she saw very few women at the skatepark whenever she went, and wondered if there were any others like her who wanted to meet new female friends. Each week, Battieste puts out an open invitation on social media sites like Facebook and Instagram to let others know when and where the group is meeting.

Babes Brigade has since garnered over 1000 followers on its social media accounts, and girls who show up to meet-ups come from all over the Greater Toronto Area and as far as North Bay.

Battieste says her ultimate goal for the group is to give more women exposure in the skateboarding world, and inspire younger girls to take up the sport.

“I want to be on the same level as what guys are doing. I want these girls printed in magazines and create a women’s skateboarding industry that the younger girls can aspire to skate for.”

Girls of all levels are welcome to attend meet-ups hosted by Babes Brigade. Dates for these gatherings are often posted on the group’s Facebook page.