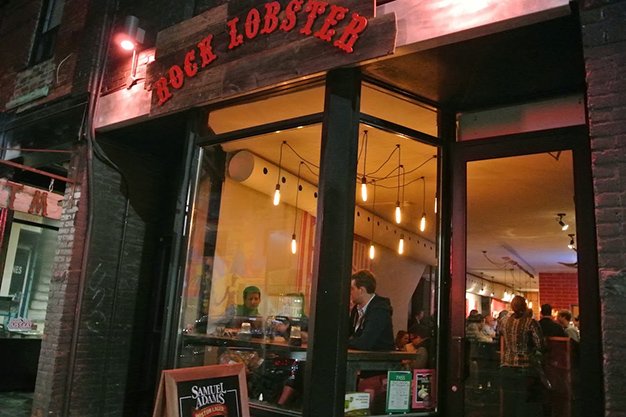 Owner Matt Dean Pettit shut down the restaurant, the original of the three Rock Lobster locations, on March 1. Only the Queen West location remains. Pettit announced that he’d be focusing on taking a new grab-and-go concept, Matty’s Seafood Co., coast-to-coast. With that in the works, plus a Food Network show and a recent Campbell’s Soup pop-up under his belt, it’s safe to say he’s busy.

So what’s going in in its place? Turns out, it’s the brand new home of Baby Huey, an Ossington party spot formerly located a few doors down, which quietly closed last year. (There seems to be a trend here – Baby Huey is co-owned by Mike Homewood, who was also part owner of the Leslieville Rock Lobster, and who turned the space into P.O. Box 1192 when the east-end RL shut down.)

To celebrate, they’ll be hosting four straight days of opening weekend events March 4 to 8 – check out their Facebook event for more info.