Bad Santa 2 has something to offend the entire family 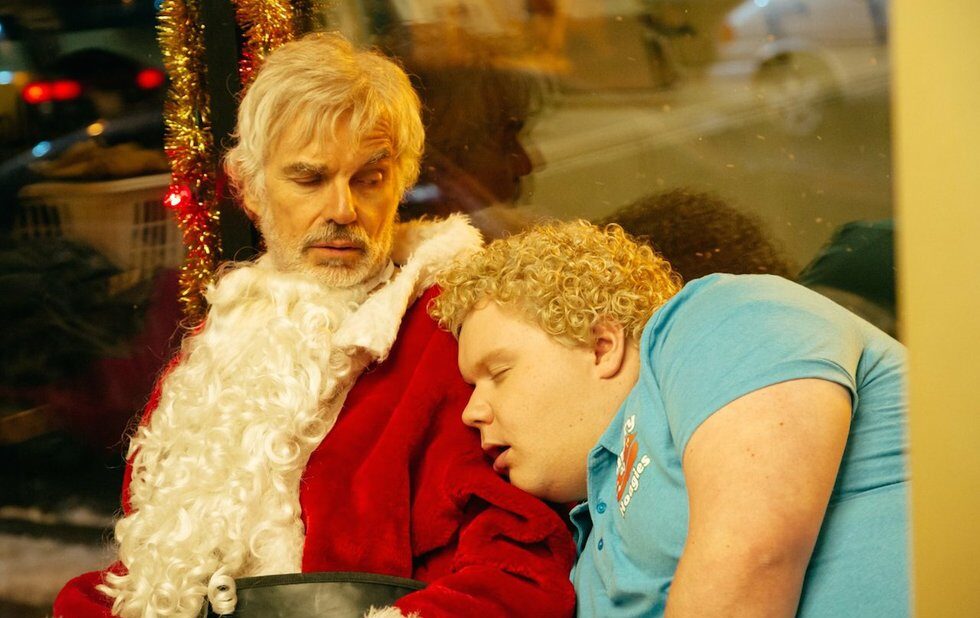 After 13 years of relentlessly cheery holiday movies, Billy Bob Thornton dons his Santa cap again in the name of Christmasy slapstick alcoholism. The swearing is creatively compounded and the sex jokes are relentless, with something to offend the entire family. Theres no denying that Bad Santa is back, even if it was unnecessary.

Taking a break from drinking himself to death, Billy Bobs Willie reunites with his short partner in crime, Marcus (Tony Cox), to rob a holiday charity. Kathy Bates pops up as Willies equally foul-mouthed mother, Thurman Merman (Brett Kelly) returns as a human punchline, and Christina Hendricks plays a woman uncontrollably attracted to a Santa skid mark. Unfortunately, as in all comedy sequels, the plot feels forced and most of the jokes are reruns.

Yet it is funny in a guilty-pleasure way. Mean Girls director Mark Waters might not deliver the pathos or exaggerated underground comic aesthetic of Terry Zwigoffs original, but he can deliver a good fart or fuck joke with ease, and his cast is overqualified. Its amusing enough, and certainly better than any of the schmaltzy holiday claptrap the studios clog up the multiplexes with this time of year.