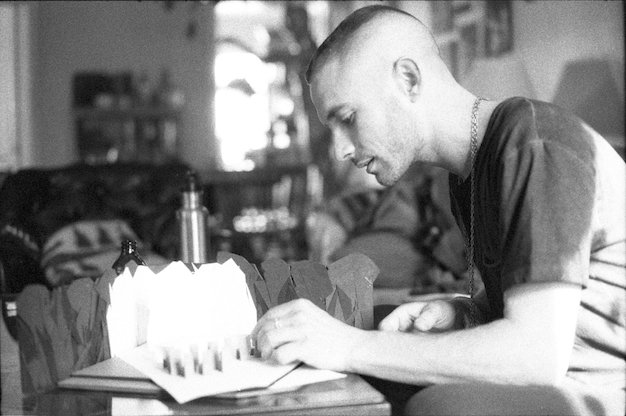 Above all, the fact that we’re a community defined more by difference than any kind of sameness – but that so many people within the broad spectrum of queer experiences engage in collective actions, even when the issues don’t necessarily benefit or even relate to their corner of queerness. The fights we’ve fought have taught us the importance of having each others’ backs.

I loved the Youth/Elders Project at Buddies. I thought it was a really moving and affecting piece that was constantly surprising, and I think it represents a greater shift in how we can understand what inclusivity means to art-making – not just in product, but creative process.

Argue about it with friends for days after. Go out dancing. Get laid. The best shows inject you with intellectual, emotional and visceral energies and you’ve gotta put that somewhere.

I have a map always going in my head of where the nearest good cortado is to whatever rehearsal hall or event I’m going to. Bar Raval makes a pretty killer vieux carré on the odd night I actually feel like a real drink.

I mean that’s all relative. I’m taking “professional” to mean I actually got some sort of money for it. It was pretty huge for me the first time my company could afford to pay people, including myself. But the first contract I could actually live on was an assistant directing job at a festival in Bad Hersfeld, Germany, a little town near Frankfurt that for all I could tell was home to more sheep than people.

Only one? Oh man. Okay, I’m going to say Lauren Gillis because I don’t think there are enough people who know the kind of crazy, strange, hilarious and discomfiting take on the difficulty of being a human that she brings to her work.

Same thing we do every night pinky – try to take over the world.