When Zeke Hawkins and Simon Hawkinss Texas-set thriller premiered at the 2013 Toronto Film Festival, it was called We Gotta. 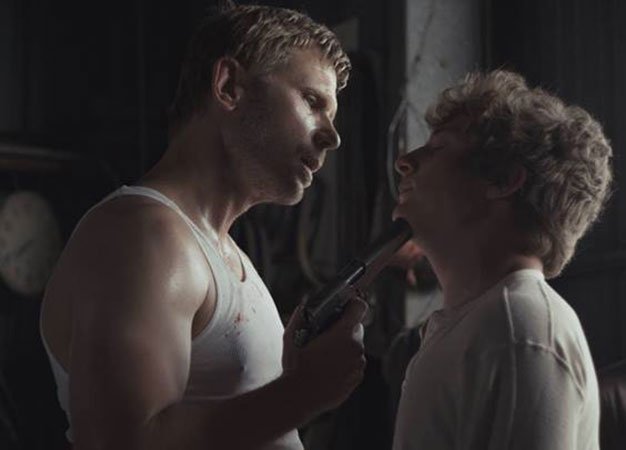 When Zeke Hawkins and Simon Hawkinss Texas-set thriller premiered at the 2013 Toronto Film Festival, it was called We Gotta Get Out Of This Place. Its since been retitled Bad Turn Worse, so that Animals song doesnt start playing in your head, which can only be a good thing. (Oops. Sorry.)

Bad Turn Worse which starts a weekend run tonight (December 5) at the Royal carries a dirtier, less considered vibe if the original title implied a certain desperation, the new one is more in tune with the self-aware neo-noir vibe of Dutch Southerns script, which drops Jim Thompsons name in the second scene and never really stops waving it around. And for a while, at least, Bad Turn Worse does right by the jet-black sensibility that gave us grim masterpieces like The Killer Inside Me, The Grifters and After Dark, My Sweet, with the key difference being that its hapless protagonists arent aging crooks and molls out for one last score, but teenagers fresh out of high school, too dumb to know what trouble theyve got themselves into.

Of course, Giff finds out about the theft and demands all three kids mount another, more ambitious heist from his own boss as penance the bulk of Bad Turn Worse counts down the days to the job, laying out the stakes and letting the characters wrestle with their responsibilities. And that section of the film is pretty damn good, as Sam, Bobby and B.J.s mounting dread and panic along with a few other things destabilize their dynamic and threaten to turn them against one another.

Davis, who broke out as Adam Drivers love interest in The F Word and currently stars in the AMC series Halt And Catch Fire, is particularly effective as Sam, whose self-confidence and book smarts are of absolutely no use in the situation in which shes found herself. But once it comes time to pay her story off, though, Southern and the Hawkinses dont quite deliver. Bad Turn Worse becomes a parody of itself, with a monologuing villain chasing characters through an empty factory. But that first hour shows real skill Im curious to see what these guys do next.

Also worthy of note this week: Dan Montgomery and Kazik Radwanskis ongoing MDFF screening series levels up this week, moving from the confines of Camera to the sprawl of AGOs Jackman Hall for a screening of Denis Cotes The Joy Of Mans Desiring Sunday (December 7) at 6 pm. Cotes documentary on the meaning of work, which had its Toronto premiere at Hot Docs (read Susan G. Coles review) will be accompanied by Radwanskis new short film Cutaway, which was named one of the best shorts of 2014 by the Canadas Top Ten jury earlier this week. Tickets are $12, and can be purchased in advance here.

The screening will be followed by a talk with Cote and Radwanski, moderated by film critic Adam Nayman. Its bound to be wide-ranging and smart and all kinds of good. You should go.