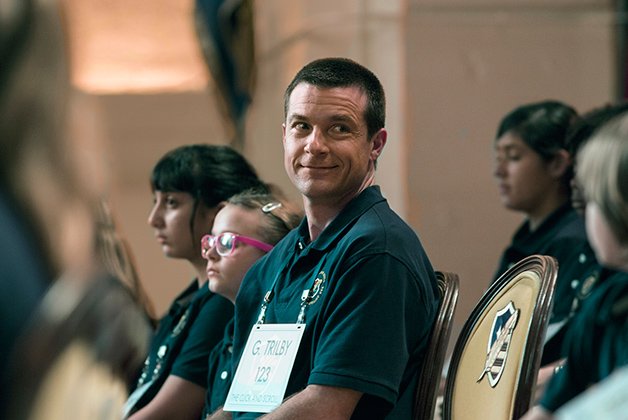 Most actors want to be loved. Jason Bateman is willing to be hated – up to a point – which has led him to choose some interesting roles over the years. And it makes his directorial debut, Bad Words, a very interesting proposition.

Bateman plays Guy Trilby, a 40-year-old cipher with a photographic memory who enters a children’s spelling bee thanks to a loophole in the rules. Using grown-up head games, he carves a path through regional contests straight to the finals – all the while keeping his motive a secret even from his sponsor and occasional bed partner, Jenny (Kathryn Hahn).

It’s a great set-up, and a fine role for Bateman, who shifts his characteristic exasperation into something uglier and more venal. Guy befriends a precocious fellow competitor (Rohan Chand) because the kid has a full mini-bar.

Andrew Dodge’s script could have been a great dark farce, and for the first hour Bateman the director is up for it. But as the plot nears its payoff and Guy’s reasons are revealed, the movie grows softer and less complex in a way that seems calculated and unconvincing.

Some stories would be much more satisfying if they let their asshole stay an asshole.