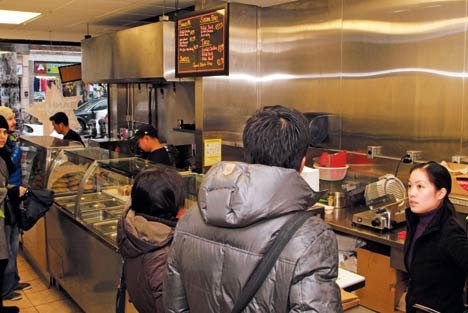 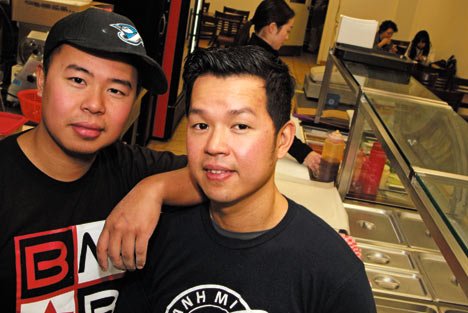 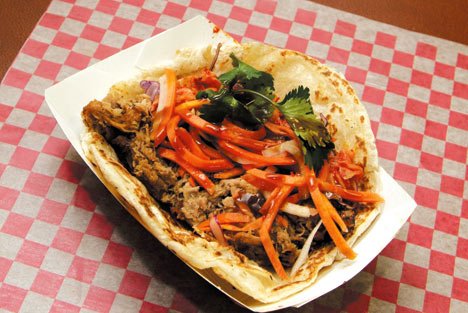 Au revoir, charcuterie. And so long, barbecue, cupcakes and poutine. The dish that’s shaping up to be the next big foodie thing is the Korean taco.

“They’re really big in the States, but no one’s doing them here yet,” says David Chau of Banh Mi Boys. He and brothers Peter and Philip have recently opened a Vietnamese sub shop that just happens to feature Korean tacos on its short take-away card. Guess they’ve never heard of Swish by Han or JangBang.

Toronto’s no stranger to multi-culti culinary mashups. Take New York Subway or Eastern Twist. But the Boys put their own Hogtown spin on the food-truck staple by substituting grilled Indian parathas for tortillas.

The fillings – sweet bulgogi beef, lemongrass chicken thigh, pulled sesame pork (all $3.99) – jump genres as well, as do garnishes of pickled carrot and daikon, diced jalapeños and English cucumber. Finish with sprigs of fresh coriander, a pinch of kimchee, splashes of house-made hoisin and aioli and a final squirt of Sriracha and get a wrap that’s uniquely Queen and Spadina.

Banh mi subs receive a similar treatment, the best of them the veal meatballs in aromatic tomato sauce ($5.49) and the seriously delish grilled-to-order pork belly in licoricey five-spice powder ($5.99). Side them with a box of Caribbean-style sweet potato fries ($2.99) for one of the tastiest 10-buck dinners around.

Mind you, it’s also one of the most painstakingly slow. It takes the Boys’ crew a good 15 minutes to assemble two sandwiches to go in an empty house. Good luck if there’s a lineup, which there is any time between noon and 2 pm. But we’ll gladly queue for BMB’s steamed Chinese buns, especially the vegan version layered with deep-fried tofu, pickled yellow radish and miso sauce (all $3.49).

Is this some kind of Burger’s Priest secret menu thing where you have to go to a Facebook page to get in on the good stuff?

“Not really,” laughs Chau. “We just forgot to put it on there.”