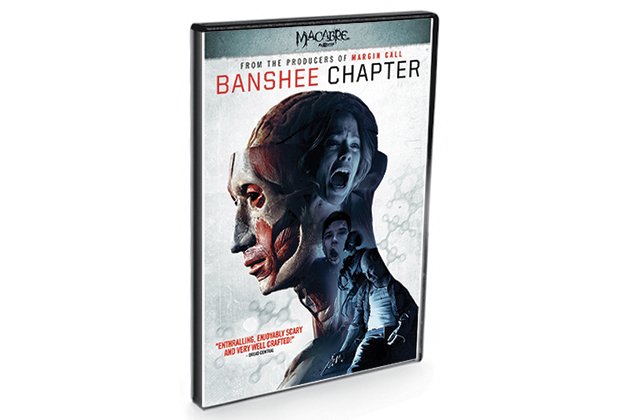 The creepy Banshee Chapter is unusual enough to make decent couch fodder for those who like micro-budget shockers and are satisfied with mild scares.

Novice journalist Anne (Katia Winter) goes looking for her college buddy, who disappeared after taking an unknown drug alleged to have been used in the CIA’s MKUltra program. The trail leads to counterculture writer Tom (Ted Levine), who suggests they try the drug themselves. Bad things happen, and the only clues lie in garbled shortwave radio messages.

The film’s mix of conspiracy and the paranormal, coupled with its flashlight-illuminated visual style, give it some of the flavour of The X Files, but Anne and Tom are more bumbling amateurs than seasoned pros. Winter does solid work as level-headed but naive Anne and makes a fine foil for Levine, who gives an amusing impression of Hunter S. Thompson in his mumbling, cranky, seen-it-all mode.

In the brief extras, we learn that the MKUltra program was real. From 1953 to 1973, the agency ran illegal mind manipulation experiments using LSD and other abusive techniques on unknowing Americans and Canadians. Look it up. The details are horrifying.

Mentioned in the dialogue but not the extras is an H.P. Lovecraft story. It provides the movie’s only explanation for the uncanny goings-on. The story, From Beyond, was filmed in 1996 and would double-bill well with Banshee Chapter.