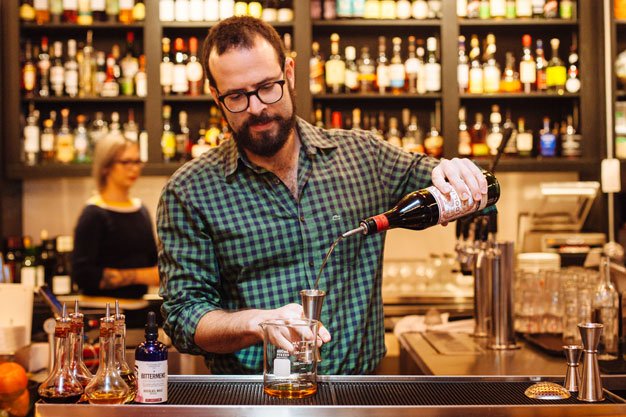 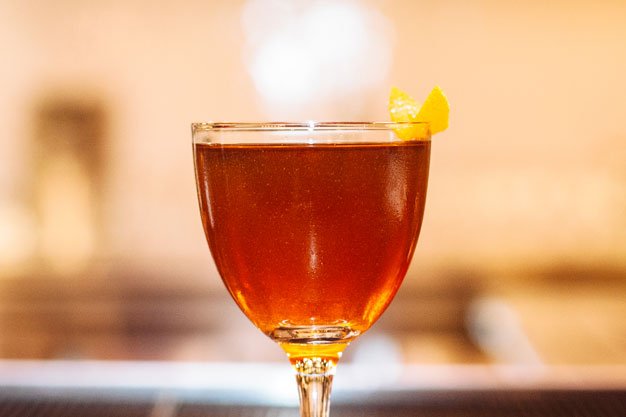 Anthony Rose, Don of Dupont, is on a roll.

Late last December, the former Drake Hotel chef opened his sixth business in three years – the fifth on the quickly developing thoroughfare that will soon rival Bloor as the divider of midtown and downtown.

Located in the weirdly compelling and long-neglected geometric tripartite building at Spadina and Dupont – you know, the one that every Torontonian secretly wished would transform into something cooler than a rotting spaceship – Bar Begonia is Rose’s first venture that is primarily a bar, not a restaurant, with snacks, of course.

You enter from a side entrance, past a supersize porthole that offers an initial glimpse into the buzzing, low-lit room where you can sip cocktails, slurp oysters and slather warm baguette with duck rillettes ($8). Inside, a mural outlining naked female forms in a racy Matisse-ish style confirms fleeting first impressions: it’s pretty sexy at Bar Begonia.

The room is intimately set up with bistro tables, but if you really want to appreciate it – and the legit cocktails – try to snag a seat at the wood. Begonia’s bar team, GM Oliver Stern (Toronto Temperance Society) and bar manager Veronica Saye (Food & Liquor), knows its way around many a bottle o’ booze.

Rolling with the Paris-meets-Brooklyn theme, signature cocktails feature calvados, pastis and sparkling wine, as well as rye, amaro and absinthe. The Wychwood Park Swizzle (blanco tequila, apricot liqueur, fernet, sugar and mint, $14) is both cerebral and refreshing – a hard balance to nail – while the Reunion Tour (bourbon, amaretto, Angostura syrup, lemon and egg white, $14) makes amaretto taste so much better than it actually is.

The French-inspired menu is heavy on fatty, delectable things – because how could it not be? Foie gras is available three ways: seared, parfait or torchon ($21, $11, $16). Radishes come flanked with butter from Quebec ($4) there’s bone marrow ($9), steak tartare ($12) and lots of cheese and charcuterie.

Come summertime, the barren plot out back will likely be transformed into a bocce court (because games bars, amiright?), and the patio in front will be jumping.

Judging by the full house on a weeknight, Dupont has been waiting for a spot like Begonia. Just ask the mascot, a huge, maniacally grinning Lite-Brite smiley-face sign out front.

Access No barrier at door, washrooms on main floor