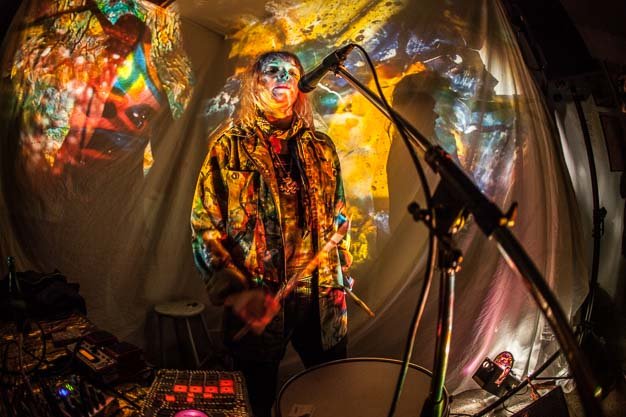 I proclaimed my love for the newish Toronto band after their January show at the Piston, and today they’ve released the first single, On/Off, from their upcoming nine-track album, Holomew, out on Idée Fixe Records on April 8. The song is fascinatingly busy, peaks with a sax solo, and then takes a seamless turn into tender, mellow goodness.

Led by songwriter/singers Chris Shannon and Nathan Vanderwielen, and rounded out by a who’s who of Toronto indie rock musicians, Bart bring progressive music out of the 70s thanks to modern production, memorable melodies, structural twists and a knack for carving out just the right amount of space from the instrumental density. And you can’t go wrong with lyrics like, “I hope you know I’ve done a lot of drugs.”

Free idea: if equally modern proggies (and similarly sax-punctuated) Field Music decide to bring their adventurous new album, Commontime, across the pond to Toronto, Bart would be the perfect opening band.

In the meantime, catch them at Idee Fixe’s anniversary show at the Garrison (1197 Dundas West) on Friday (February 26) with the Highest Order and more. See listing.