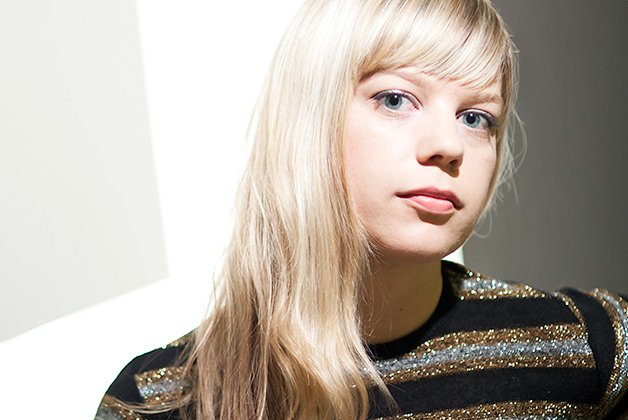 Those who attended Basia Bulat’s performance at the Art Gallery of Ontario in January were spellbound by her collaboration with projectionist Stephanie Comilang, who complemented the singer/songwriter’s poignant tunes with artful imagery.

The evening’s interplay between light and dark carried over to the artwork for Bulat’s new album, Tall Tall Shadow (Secret City), to be released September 30. Apt, given her songs’ penchant for balancing melancholy and hope.

That lyrical bent came into sharp focus last year when Bulat lost a dear friend shortly before recording her third full-length with Arcade Fire multi-instrumentalist Tim Kingsbury and producer Mark Lawson (The Suburbs). She put aside the songs she’d been writing instead, out poured a new batch, raw and personal.

“It took me a while to understand that I wanted to create something honest and beautiful that other people would see something of their own experiences in,” the singer explains.

For a songwriter accustomed to couching emotion in narratives, standing behind such personal expressions proved a challenge, especially when the musical arrangements became more unembellished to match.

“The songs that I connect to and that have influenced me the most are those where whoever’s writing or singing is very open,” Bulat says.

“I hope that’s where I’m headed. I was afraid at first of maybe disappointing people by ‘changing’ [with this record], but I think I’ll always sound like me.”

Surrounding herself with a close-knit family of musicians, including brother Bobby on drums, has helped her stay true to her sound. Bulat quips that she’s not quite sure how everyone’s going to fit onstage during her upcoming record-release concerts at the retro Polish Combatants Hall – especially since there might be some special guests in the mix.

“The hometown shows are going to be really fun,” she beams. “We’re going to bring a little bit of joy.”