Before we put all-star DeMar DeRozan on this. 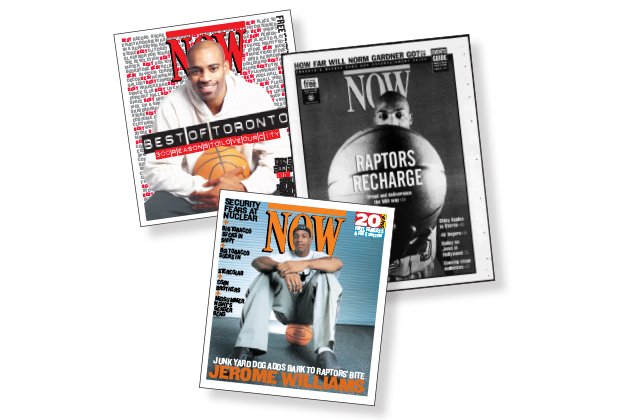 Before we put all-star DeMar DeRozan on this week’s cover, NOW watched the NBA’s Toronto Raptors capture the attention of T.O. sports fans in three issues. In 1998, the team, with Shawn Respert lending some personality, was creeping toward an even record for the first time (February 5, 1998). In 2001, the team finally had a winning record and a real character in Jerome Williams (November 1, 2001). A year later, the Raps finally had a superstar in the person of Vince Carter, whom our readers poll crowned T.O.’s top athlete (October 31, 2002). Mind you, the Raps’ ended that season with a 24-58 record. Guess hoops is a team sport. See cover story.

Travel back in time with NOW’s online archives. See all the articles, the photos, even the ads on every page of every issue, as originally printed. Just use the cool new searchable viewer online at nowtoronto.com/archives